Protecting All the Flags but Not the Freedom of Speech

Germany and the United States are divided by many things, among them a “flag enigma” (Ute Krüdewagen). The enigma is this: on the one hand, most Americans venerate and adore their flag, but their Constitution affords it no special protection; on the other hand, the German Basic Law grants special status to a flag (and other state symbols) that most Germans regard with comparative indifference or even skepticism. Thirty years ago, the U.S. Supreme Court famously ruled that lawmakers cannot prohibit burning the American flag in protest (Texas v. Johnson, 491 U.S. 397 (1989); United States v. Eichman, 496 U.S. 310 (1990)). Almost simultaneously, the German Federal Constitutional Court ruled that lawmakers can protect national symbols but must do so with appropriate regard to expressive values. Thus emboldened, German law continues to criminalize disparaging, defamatory treatment of certain national icons – including, perhaps especially, the national flag (§ 90(a) of the German Criminal Code).

According to news reports, Germany’s governing “grand coalition” now wants to extend protected status to the flags of other nations as well. (Until now, other nations’ flags were protected only when employed for official or ceremonial purposes.) The proposal was prompted by December 2017 protests in Berlin, at which demonstrators burned the Israeli flag in defiance of Donald Trump’s recognizing Jerusalem as Israel’s capital. Many Germans were appalled – not least because burning Israel’s flag strikes some as a denial of Israel’s right to exist and others as a proxy for anti-Semitism. The coalition originally planned to protect only Israel’s flag. But the Israeli embassy preferred that Israel not be singled out. Accordingly, the proposal covers the whole planet – from China and Chile to Saudi Arabia and South Africa. Oddly enough, the Stars and Stripes might soon enjoy more protection in Germany than in the United States.

It is not entirely clear what one should make of this curious possibility. It is rather clearer that, if the proposal becomes law, it likely won’t – and shouldn’t – survive judicial scrutiny.

In quashing Gregory Johnson’s conviction for burning the American flag, the Supreme Court (per Brennan J) famously highlighted the “bedrock principle” of American speech law, namely that “the Government may not prohibit the expression of an idea simply because society finds the idea itself offensive or disagreeable” (491 U.S. 397 at 414). The challenged law intentionally restricted speech, the majority found, and it did so on the basis of the speech’s content. Such content-based restrictions, Justice Brennan explained, must survive “the most exacting scrutiny” (491 U.S. 397 at 412). This usually means, in practice, that they don’t survive at all.

As is well known, German constitutional jurisprudence has been less categorical in condemning content-based restrictions. The Basic Law allows limitations grounded in general laws, the protection of youth, and the right of personal honor. The German Constitutional Court has carved out additional exceptions. But I don’t think any of these exceptions cover the proposed flags amendment. The Court’s exceptions are united by a logic of Vergangenheitspolitik that has no bearing the coalition’s proposal.

Take, for instance, three leading cases that accommodate content-based restrictions: the National Flag case of 1990, the Holocaust Denial case of 1994, and the Wunsiedel case from 2009.

In the National Flag case, the Court overturned the convictions of those involved in producing and distributing a photo-montage in which a male figure was depicted sending a stream of urine down onto a federal flag being used in a military ceremony. The Court ruled that the lower court failed to recognize the montage’s status as art and hadn’t construed it in a way that did justice to expressive values. The collage was a work of satire, the justices said, and its message was mainly anti-militarist, not anti-democratic. It did not defame the State as such, nor did it attack the foundations of the constitutional order. At the same time, however, the Court ruled that the constitution did allow the State to protect its symbols. The Court explained that permissive posture by pointing to such symbols’ power to promote societal integration and foster citizen fealty (para. 51). But that logic, whatever its intrinsic merits, surely cannot justify protecting the symbols of other states.

In the Holocaust Denial case, the Court upheld local authorities’ decision to ban a gathering at which the infamous David Irving was likely to deny that the Holocaust happened. In doing so, the justices made two important moves. First, they distinguished between expressions of opinion and assertions of fact (paras. 26 et seq.). Demonstrably false factual assertions do not, they explained, help shape public opinion and do not, therefore, enjoy constitutional protection (para. 28). What’s more, opinions formed on the basis of bogus facts are of limited (or no) constitutional value. The Court’s second move was to rule that denying the Holocaust defamed Jews as a group and therefore seriously offended the personality rights of individual Jews (para. 46).

Neither of these moves supports the proposal to protect all flags. Defiling a flag asserts no facts. One could perhaps argue that by defacing a country’s flag one defames its citizens. But I take the Court’s point in the Holocaust Denial case to be that the authorities were justified in protecting the personality rights of German citizens (who happened to be Jews). It’s not clear that the same logic would or should apply to non-resident foreign nationals, to resident foreign nationals, or even to German citizens with ties to the countries whose flags might be disfigured. In any case, I suspect that the Holocaust Denial decision was informed by the justices’ sense of societal defamation – by the notion that to deny the Holocaust is to offend profoundly the State’s fundamental values (cf. Neville Cox, pp. 750-755). That sense, of course, is shaped by history and memory in a manner not present in the case of foreign flags.

The centrality of history and memory was more explicit in the Court’s Wunsiedel judgment of 2009. In that case, authorities banned a memorial march meant to honor Hitler’s Deputy Führer, Rudolf Hess. The ban was based on a 2005 law that criminalized public approval, celebration, or justification of Nazi misrule. The law was a textbook example of content-based restriction. But even though the Court explained that such content-specific sanctions (the Court called them Sonderrechte) were not “general laws” for purposes of Article 5(2) GG, the justices nonetheless held that this content-based restriction was permissible for reasons of historical memory and in the name of mastering the past. The entire Basic Law, the justices explained, including Article 5, was conceived as an aversive response – a “counter proposal” (Gegenentwurf) – to National Socialism (para. 65). From top to bottom, in its overarching structure and its minutest details, the Basic Law aimed “to learn from historical experiences and to preclude once and for all any repetition of such injustice” (para. 65). In light of this overarching purpose, to celebrate Nazi history or to champion Nazi ideology was to attack the constitutional order at its core. The State’s need to defend against such attacks justified an exception to general principles of free speech law. But, to repeat: this logic has nothing to do with a ban on burning foreign flags.

All three of these cases justified some content-based restrictions by pointing, expressly or impliedly, to the German past. In that respect, all three judgments evince the gravitational pull of militant democracy – the need to protect the liberal-democratic order, even through illiberal means, against erosion from within. And militant democracy is motivated, in Germany, by the memory of Weimar’s collapse and of Nazism’s crimes.

There are, of course, those who find this logic of Vergangenheitspolitik increasingly unpersuasive (see, eg, Florian Meinel, p. 289). My point is not to defend or dispute that logic. It is only to suggest that the logic is entirely irrelevant to the current proposal to protect every flag under the sun. That might be different if, as originally planned, the law were limited to protecting Israel’s flag. Even then, the logic would be less than straightforward. As it stands, and if I may be pardoned for dropping into American parlance, the proposal is either impermissibly content-based, outrageously overbroad, or both. In an American setting, it would be constitutionally dead on arrival. But even by the laxer terms of German jurisprudence, the proposal to protect all the flags could be upheld only by drastically – and I think disastrously – transforming German law on the freedom of speech. As Justice Brennan might have put it (or Justice Brandeis before him), the proper response to those who defile foreign flags “is to persuade them that they are wrong” (491 U.S. 397 at 419).

Explore posts related to this:
BVerfG, Freedom of Speech, Meinungsfreiheit 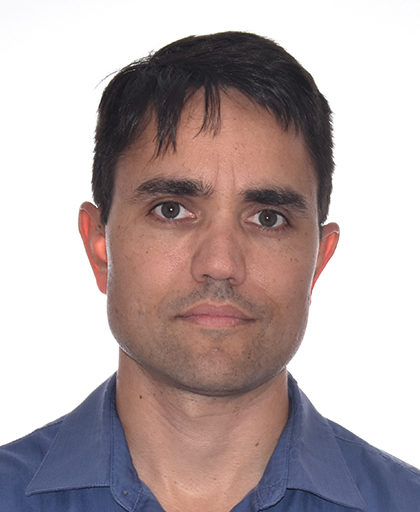 Explore posts related to this:
BVerfG, Freedom of Speech, Meinungsfreiheit