On Monday, eight days before the election, the US Senate will most likely confirm Amy Coney Barrett as a Supreme Court Justice. Then she’ll be in. Then it’s done. Then the right-wing supermajority in the court is a fact, and even Chief Justice John Roberts, who up to now has occasionally tried to maintain the appearance of a non-partisan court with a number of targeted swing votes, could not change anything about it even if he wanted to: Five of the nine, not counting John Roberts, will be on a radical political mission and could at best be stopped by a constitutionally extremely risky judicial reform. This has been the long game of the Republicans for three decades, and now that this great goal has been achieved, it’s no great harm should the orange man be finally thrown out with the garbage. Mission accomplished.

In Poland, things have gone further. The so-called Constitutional Tribunal, a party organ of the governing PiS party wrapped in judge’s robes, has passed its verdict on abortion this week. According to that judgement, the state is obliged to punish women who do not want to give birth to a severely damaged fetus as a matter of constitutional law. (We are expecting a report on this from ANNA RAKOWSKA-TRELA.) The PiS government could have done the same by legislation, but it chose not to. This is much better. This is not a political decision, at least not on the face of it. No, in that light it has always been that way, regardless of majorities, by virtue of higher-ranking law. The fact that Polish women have so far been able to terminate their pregnancies in this very narrow exception has been in conflict with the constitution, and all the judgement does is rectify that.

For the liberal juste milieu in Europe, in the face of all these frightening events, the temptation is currently great to take refuge to the good old illusion of equidistance: right-wing, left-wing, it all amounts to the same and is all equally lamentable. March through the institutions, judicial activism, none of that is new, so let’s all calm down a bit, shall we? Those people might perhaps start out as radical firebrands, but the institutional gravity of their office will wear them down eventually, as it has always done. The Left, after all, had also been zealous about using the courts to advance their program, and didn’t they prove to be mostly quite reasonable people in the end? So why should it be different now, when it’s the Right’s turn to go by that strategy?

Anyone who thinks that is deluding himself. 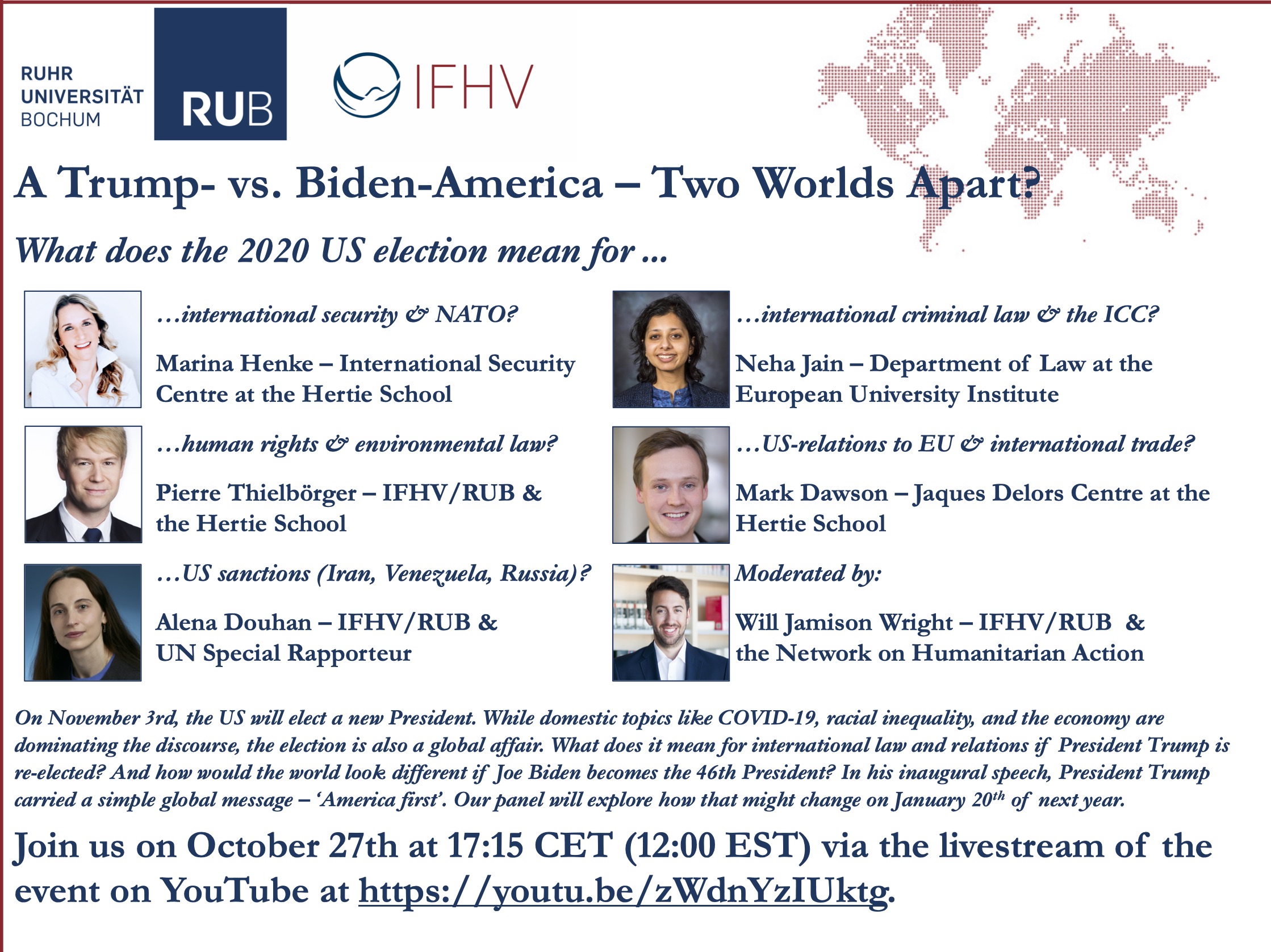 Suing for rights was undeniably one of the most successful left-wing strategies in recent decades: to go to court when you are disenfranchised, marginalized, belittled, walked over and made invisible, and precisely for this reason have little to expect from politics, was and is indeed a constitutional, and thus a legal, and thus a issue for the judiciary to deal with, by legal and not by political means. All of this makes great sense, was enormously effective and a deeply disturbing experience for the Right: the judiciary as an inherently conservative institution defending power and property was transformed under their eyes into something completely different. Suddenly women, gays, blacks or foreigners, who until then would have been made fun of over a glass of whisky in the gentlemen’s club, were actually given rights – rights of access, rights to their bodies, rights not to be violated.

This, according to the Right, could only be explained as a sophisticated scheme, legal on the surface but in fact political, to bind the democratic will of the majority on the part of those who complained, and as „judicial activism“ and a deviation from the standard of non-partisan, apolitical judging on the part of those who judged. If that is what this is, the Right said, then we must fight back. Then we will have to take off our gloves, too, and let go of our conservative consideration for institutions and stop nominating middle-of-the-road judges and seeking consensus for them altogether. Then our goal must be to outweigh these left-wing „judicial activists“ with a equal or greater number of right-wing „judicial activists“.

This was a prophecy that quickly fulfilled itself. In 1987 Ronald Reagan presented Robert Bork, the first Supreme Court nominee in a long time who was anything but middle-of-the-road. No-one could expect a broad consensus for this man. He had been Richard Nixon’s executor at the Department of Justice during the Watergate affair, he had authored an extremely influential book that effectively emasculated American antitrust law, in short: he was a right-wing hardliner. The Left mobilized the public against this candidate, successfully prevented his election and thus supposedly provided the Right with the confirmation of their initial thesis: Okay, that’s how you want to play it! Well, just you wait…

I’m not saying that the Left’s judicial policy was always innocent. Of course not. But as far as the judiciary as an institution is concerned, I cannot see any symmetry. It was the Right that filibustered every single Democratic judicial nominee during the Obama administration, completely irrelevant if they were middle-of-the-road or not, and thereby provoked the abolition of all minority influence in judicial confirmations, and with it any need for middle-of-the-road candidates to begin with. It was the Right that, because of the backlog they had helped creating, was able to fill an unparalleled number of vacant judgeships once they held both the White House and the Senate. It was the Right that swamped the American federal  justice system with hardliners, with the explicit aim of making it impossible for any non-right-wing government to govern.

„Prawny imposybilizm“, legal impossibilism: This neologism by PiS leader Jarosław Kaczyński describes what he believes happened to the first PiS government when there was still a functioning, independent constitutional court. As is well known, that is over. Instead, the court jumps whenever Kaczyński snaps his fingers.

Two rulings of the European Court of Justice were in the focus of attention this week. First: French, Belgian and British data retention laws violate Union law. ERIK TUCHTFELD notes that the most thrilling part of the ruling is an obiter dictum: Any measure by a Member State that obliges individuals to cooperate and transfers personal data to governmental bodies falls within the scope of the Charter of Fundamental Rights and thus within the jurisdiction of the ECJ.

The second ruling concerned the competence of the ECJ with regard to the Common Foreign and Security Policy: The European Courts are competent to award damages to individuals who were unlawfully affected by EU sanctions. An important decision for the protection of fundamental rights and the rule of law in EU foreign policy, finds CHRISTINA ECKES.

In Turkey, the rule of law is in dire straits, as recently demonstrated in the case of the Turkish oppositional MP Enis Berberoglu. After the Turkish Constitutional Court some weeks ago ordered Berberoglu to be released and declared his arrest unconstitutional, the responsible first instance (!) criminal court chose to just shrug its shoulders and declare the judgement of the Constitutional Court ultra vires. ONUR CAN UÇARER explains the legal background, CEM TECIMER places the verdict in a political context and points to the call for solidarity with the liberal constitutional judge Engin Yildirim, and ARTUN MIMAR explains why this ultra-vires verdict is not just some bizarre individual outlier but a „manifestation of a well-functioning anti-rule of law system“.

Making outstanding research visible – this could be your ADVERTISEMENT

If you want to draw attention to a conference, a job offer, a CfP or a book release, you can do so on Verfassungsblog. Our weekly editorial is sent out to more than 8.000 constitutionalists world-wide!

Please do not hesitate to contact us (advertise@verfassungsblog.de) for any requests or queries.

Constitutional courts have repeatedly been the means of choice for Latin American heads of state who meet their constitutional term limits. The Inter-American Court of Human Rights will soon decide whether there is such a thing as a fundamental right to stand for re-election without limitation, after some Courts in Latin American have found that restrictive constitutional clauses were in conflict with the American Convention on Human Rights in that respect. DANIEL CERQUEIRA sees these rulings as an attack on the principles of representative democracy.

There is not much time left for a Brexit deal. RICHARD LANG takes up the EU Commission’s announcement that it will initiate infringement proceedings because of the Internal Market Bill – although the law has not yet been formally adopted.

DANIEL REICHERT-FACILIDES is inspired by a recent speech by Lech Wałęsa who proposed to use the Art. 50 TEU mechanism to dissolve the EU and then to refound it in a reformed shape.

Then, there is, of course, Covid-19. ANNA VON NOTZ examines a law recently passed by the German Bundestag which aims to ensure that parties can nominate of candidates and make decisions in pandemic times, and one of the things she finds most irritating about that law is the fact that it authorizes the Federal Ministry of the Interior instead of letting the political parties function as laboratories for new and other forms of democratic decision-making.

Shortly before the Brandenburg Constitutional Court handed down its judgement on gender parity in parliament, RITA SÜSSMUTH, JELENA VON ACHENBACH, FRAUKE BROSIUS-GERSDORF, CHRISTINE HOHMANN-DENNHARDT, RENATE JAEGER, SILKE LASKOWSKI, and FRIEDERIKE WAPLER point out in a joint statement that there is no protection of vested interests in the electoral law and that questions of gender distribution can be shaped politically. (The Brandenburg Court has disagreed, though…)

In the fifth part of our Rule of Law podcast, Max Steinbeis talks to JOSÉ MANUEL SANTOS PAIS, RADOSVETA VASSILEVA and THOMAS GROSS about public prosecutors and the dilemma between too much and too little independence.

In addition to that, there is finally another episode in our podcast series Corona Constitutional. In an interview with Erik Tuchtfeld, RALF POSCHER pleads for a new conception of the fundamental right to informational self-determination. This right is not always infringed when a date is recorded or processed. Rather, the basic right has no protective scope of its own, but only shifts the protective scope of other rights of freedom from concrete to abstract dangers.

Jochen Schlenk has contributed to this review.