Should we fear a Frexit?

A British tourist wandering the streets of the French city of Beaucaire would be surprised to encounter ‘rue du Brexit’. The Mayor, a member of the Eurosceptic ‘Front National’, claimed that his decision, approved by a majority of his City council, was an homage to the British people reclaiming their sovereignty.

If that decision now looks odd to most French people, the victory of Marine Le Pen in the upcoming presidential elections might make this street’s name increasingly popular. The extreme right-wing candidate has never hid her dislike for the European Union, and she recently declared that Theresa May – as well as Donald Trump – were “putting her plan into action”.

If the scenario of her election were to come true, how easy would it be for her to force France out of the European Union? What would a ‘Frexit’ look like? Would she have to go through a referendum? And if so, would it be binding or advisory? Would the hypothetical President encounter the same difficulties as the British Prime Minister did with the Miller case? Would the French legal system allow for the Courts to have such a crucial role?

Would a referendum be a prerequisite?

There was no legal obligation for the Prime Minister to call for a referendum before exiting the European Union. David Cameron’s decision to ask Parliament to authorize a national referendum was therefore a purely political decision. As noted by Lord Neuberger in Miller ([2017] UKSC 5, at 117), “[t]he referendum is a relatively new feature of UK constitutional practice” and so far there have been only three national referenda (in 1975, 2011 and 2016), in addition to the ones used in the devolution process. The compulsory use of referenda on significant matters is not found anywhere in the British Constitution.

The French and British constitutional landscapes are, in this respect, relatively similar. The French Constitution does not create an obligation to use a referendum, even on such crucial matters, such as exiting European Union, save one important exception. In the case of revising the Constitution that is initiated by Members of Parliament it can only be completed if the revision is approved by referendum. However, this constitutional obligation does not concern a constitutional revision initiated by the French President. Like the British Prime Minister, the French President would be free to call for a referendum or not.

In France, popular voting has long been negatively perceived. There has been suspicion of populism surrounding this mechanism. Nonetheless, since De Gaulle used it in 1945, in order to put an end to the Vichy Regime, the referendum regained a democratic flavour. Referenda were then put into action again, to approve the new Constitution in 1946 and in 1958, making it an important element of the French republican ethos. In the framework of the 1958 Constitution, it has been used several times, in particular to ratify some of the European Treaties. Such was the case in 1992, for the Maastricht treaty, and in 2005, where 55% of French voters rejected the “Constitution for Europe”. It is thus likely that a President would want to use such a politically loaded tool to put an end to the French membership.

What procedure could be used?

Most legal scholars consider Article 11 referendum as a tool for legislative changes, not for constitutional modifications. It is true though that De Gaulle used this article to modify the Constitution by referendum in 1962. He had done so to avoid the regular procedure of Article 89, which required the bill to be passed by both Houses of Parliament, which had a hostile majority. The 1962 referendum prompted a huge legal and political debate. Since then, this article has remained a tool for legislative changes only.

The regular two-steps procedure to revise the Constitution is to be found in Article 89. It requires introducing the revision to Members of Parliament first. The procedure might end here if the President does not succeed in gathering the majority to have the text passed “by the two Houses in identical term”. However, if this requirement is met, the President can choose to submit the text either to the ‘Congress’, or call for a national referendum. The French ‘Congress’ is a gathering of all Members of Parliaments, in a single house. It has the power to modify the Constitution, if three fifth of the MPs vote in favour of the constitutional law. The referendum allows all citizens to vote, and a simple majority is sufficient. If successful, both procedures end up in a legally binding modification of the Constitution.

Could the courts intervene?

The President of the UK Supreme Court, Lord Neuberger agreed with the judgment of the High Court in Miller, and took the stance that “unless and until acted on by Parliament, its [the referendum] force is political rather than legal” (Miller, at 124). The judges agreed to examine the very nature of the referendum and decided it was not legally binding, in accordance with the doctrine of Parliamentary sovereignty.

In French constitutional theory, it is the French “nation” which is the real sovereign. The Constitutional Council has always refused to examine the validity of an act that is an “expression of national sovereignty, having been adopted by the French people by a referendum” (CC, 2014). The Constitutional Council had already said so for the very strongly contested referendum in 1962 (Judgement n°62-20 DC, 6th of November 1962) and for the Maastricht referendum in 1992 (Judgement n° 92-313 DC, 23rd of September 1992). Therefore, it seems unlikely that a change of direction would occur in the case of a ‘Frexit’ referendum.

The perspective of a ‘Frexit’ is still far away, but the growing popularity of anti-European parties made a call for a referendum on that matter more likely. For it to happen, the forthcoming presidential elections will not be the only crucial element. The following legislative elections – coming shortly after – are actually even more decisive. Indeed, the call for referendum implies obtaining first the prerequisite approval of the referendum bill by both houses of Parliament. Legally, this may seem easier than the British procedure, where two acts of Parliament were needed, following the Miller decision. Nonetheless, given the current political shape of the French system, the French President might have greater difficulty to obtain a majority in Parliament than the British Prime Minister. The Upper House (Sénat) has sometimes played a moderating role to prevent constitutional modifications in troubled times. The recent attempt to modify the Constitution in order to strip French citizenship in terrorism cases, for example, has failed because of a rejection by the majority of the Sénat. We can thus only hope that the legislative elections will not bring a Eurosceptic majority to the Lower Chamber (Assemblée Nationale) and that the Second House will remain the moderating power it has often been. More than ever, Europhiles should head to the polls, in May and in June. 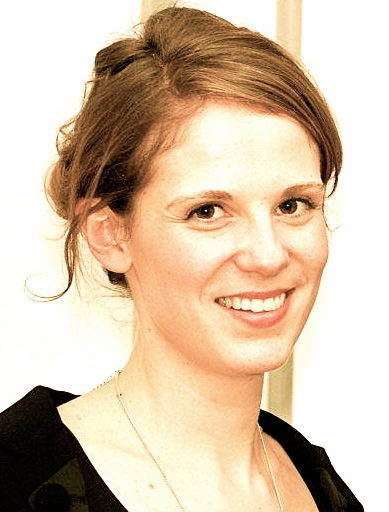 Marie Gren Marie Gren is a PhD candidate at the Sorbonne University, working on the implication of legal academics in judicial revolutions.

Other posts about this region:
Europa, Frankreich No Comments Join the discussion
to receive information about new articles and services of Verfassungsblog.de. I know that I may withdraw my consent at any time. More information in the privacy policy.
Verfassungsblog complies with the new GDPR.
Read about it in our Privacy Policy. I opt-out
permanently of anonymized tracking via Google Analytics on Verfasssungsblog.de. This will create a cookie on your device to save your decision.
Go to Top