Last week one of us, together with Gráinne de Burca, again put the spotlight on PiS and allies suing Wojciech Sadurski over some highly critical tweets. It led to a tremendous show of support. Many readers reacted by using the hashtag #WithWoj or signing the letter. There were supportive statements by Scholars At Risk, the International Association of Constitutional Law and the International Society of Public Law (ICON-S). Freedom of speech NGO Article 19, together with other organisations, published a supportive statement and submitted an amicus curiae brief.  Politicians reacted too. The newly appointed rule of law rapporteur of the European Parliament, Michal Šimečka of the liberal RENEW party, wrote a tweet. So did the Dutch social liberal (D66) parliamentarian Maarten Groothuizen who, together with fellow parliamentarian Kees Verhoeven, asked parliamentary questions about the Sadurski case to the Dutch government.

All of this makes it a statement of the obvious that there is widespread agreement that it is outrageous for an EU member state government to use sue-to-scare tactics without being confronted about it, and that therefore Sadurski’s trial is a blemish on the EU and every Member States that both so frequently pledge to take the rule of law seriously. And yet. His (first) trial took place yesterday, Wednesday 27 November, at the Warsaw district court. Below is an account of what we both witnessed, live and through live footage respectively.

As we look on the big announcement screen in the huge building of the Warsaw District Court to find the 9am ‘Sadurski case’, somebody remarks, in innocent surprise, ‘I think that is one of the smallest courtrooms’. Indeed, two rows of wooden benches that would normally reasonably sit 12 spectators will be quite small for the 40 or so people waiting to witness this case. As the door opens there is immediate consternation. Eventually about 25 manage to enter and sit down, squeezed together in a way that would normally be a bit too close for comfort. Solidarity, a word with such a powerful resonance in this beautiful country, overrides the resulting discomfort. Looking around we see various journalists, a former justice of the Constitutional Tribunal, a member of parliament, NGOs such as the Helsinki Foundation for Human Rights and Article 19, and other supporters of Sadurski and Polish democracy. Two police officers enter to make sure that the many for whom there is no place leave the courtroom. As the parties are asked to rise, the police officers stand next to Professor Sadurski and his lawyers Michał Wawrykiewicz and Sylwia Gregorczyk-Abram. Coincidence? It turns out to be a nutshell image of what already feels all wrong.

The single judge presiding over the case was recently temporarily promoted (“delegated”) from the lower instance. The decision of whether she remains in that position depends on the Minister of Justice’s discretion. That the Minister has no qualms to withdraw a delegation of a judge was evident just very recently, when he acted in that manner vis-à-vis a judge from Olsztym who applied a recent Court of Justice ruling in a way that rubbed the Minister the wrong way (see the analysis co-authored by one of us here). There is therefore clearly an appearance that the executive demands loyalty from judges delegated upwards, which sits in total contravention, of course, with independence of the judiciary. Largely invisible to the others present in the courtroom due to another big screen, that of her computer, the judge starts the hearing. She is evidently a bit overwhelmed. The two lawyers representing PiS look tersely on. It is not evident whether it is embarrassment or determination in the face of adversity – and which of the two would then be worse. There is discussion about whether amicus briefs can be sustained. The judge decides to accept one prepared by the association of journalists. But she does not, apparently for procedural reasons, accept others such as the one submitted by Article 19.

Against the wishes of the PiS lawyers, the judge decides to call Professor Sadurski as a witness. He takes his notes and walks to a lectern in the middle of the courtroom. Facing the judge (behind her screen), hands behind his back, there is something surreal about a world-renowned authority on constitutionalism looking like a schoolboy called to the headmaster to justify his naughty actions. There is a collective holding of breath. The judge orders that Sadurski should not read from pre-prepared notes. Again, it is not quite clear why. So back he walks across the room to get rid of them, returns to the centre of the room and attention, 25 pairs of eyes peering in his back. The following is what he said (see here for a transcript in Polish and here for footage of the hearing).

“Organised criminal group. I used the term “organised criminal group” to express my opinion regarding the modus operandi of the Polish elite in power, in which PiS plays the central role. I based it on my academic knowledge but also on my feelings and emotions as a citizen. I was deeply concerned about the scheme of PiS actions. My tweet was a metaphor of those actions – synchronised and coordinated by numerous state and political institutions, which according to the Constitution should be separated. They were however undertaking coordinated actions aimed at changing the constitutional order in Poland.

The starting point was in 2015 when I realised that actions against the Constitutional Tribunal were coordinated by a parliamentary majority, the government, the President of Poland and the PiS leadership. Without their consistent cooperation (such as swearing into office, in the middle of the night, judges elected on a doubtful legal basis) unconstitutional capture of the Constitutional Tribunal would not have happened. Later actions regarding changes in the common courts, the National Council for the Judiciary, the Supreme Court, civil service, public media and many others followed the same scheme of synchronised actions undertaken by public institutions.

I published my tweet on a day before the “Independence March” was to take place in Warsaw. I found it outrageous and highly dangerous, the way the main public institutions de facto cooperated with extreme groups which dominated at that March. Everything that happened afterwards only confirmed the accuracy of my diagnosis.

The General Prosecutor office as a part of the Ministry of Justice started to defend the people in power against any criminal or civil liability, harassing their opponents at the same time. I realised it with respect to courts, where the disciplinary regime replaced normal instance control of judgments. Also reports about “haters group” being located at the leadership of the Ministry of Justice were highly disturbing. The group used vocabulary typical for an organised criminal group – its key figure was called “the leader” (herszt) and his associates “soldiers”. I also realised a rise of greed among people in power, almost similar to corruption.

Comparative analysis of analogous trends around the world allowed to state that style and methods of PiS reminds me of an organised criminal group. I did not mean the specific, literal meaning of the term. I used legal terminology in a broader, metaphorical sense. This is common. When the leader of PiS throws the expression “treacherous mouths” (“zdradzieckie mordy”) at the parliamentary opposition, he does not refer to “traitors”. When he speaks about “communists and thieves” he does not mean that those just robbed someone or those who support a criminal ideology.

I used the expression “organised criminal group” as a metaphor of the modus operandi I just described. It was a completely legitimate opinion.  I had a right to do that. I exercised my freedom of speech. We can assume that everything is perfect with the rule of law in Poland and that accumulation of power in the hands of PiS is good for Poland. We can also refuse such assumption. This is freedom of speech.

In my opinion, the ruling party enjoys almost unlimited powers and very broad material benefits. There is only one thing which PiS is missing. It has no privilege to silence their critics. This lawsuit is an attempt to seize that privilege too. And if that attempt were approved, it would complete the process of silencing the critics. Paradoxically, it would confirm the correctness of my diagnosis.”

The end of the beginning

His statement hangs heavy in the air. It is one that should be experienced on a TV screen as a pundit’s intervention in a news programme, on the radio, in the newspaper, or anywhere else. But not in court, in front of a judge who is to decide about whether this has actually violated free speech, denying by implication that it is a central part of democracy itself. Even the judge’s striking question ‘could you explain how twitter actually works?’, even if she might have asked it in search for argumentative ammunition that twitter is a place for the short and snappy where more liberal rules of expression rule, does not change the atmosphere. The overwhelming sense is that a line is being crossed in front of our very eyes. The sense that it is not certain that the law, and therefore the rule of law, will prevail at the end of this case. Not because there can be different interpretations of that law. But because there may be a price to pay when it is applied the way it should by reasonable lawyers. It hits hard. So hard, that following statements by the PiS lawyers and Sadurski’s own lawyers flow by like a film without sound. There is simply too much to process. Is this happening in the EU anno 2019?

For Sadurski this fight is far from over. Hearings in two other pending cases, brought by the public TV station, are scheduled on 18 December 2019 and 28 January 2020. The ruling in this case is scheduled for 16 December. Watchers on remove themselves from each others’ laps. Once outside the courtroom Sadurski speaks to the press. The crowd slowly disperses. Hands are shaken, shoulders patted, the occasional telling tight embrace. The feeling that something surreal has just occurred is palpable. And still lingers long after.

Continuing and building on #WithWoj

There is evidently a risk that cases against Sadurski will move away from the headlines as well as from our own foremost thoughts. Indeed, that is part of the sue-to-scare strategy employed by governments focused on killing off pluralism as an essential element of a fully intended slide to authoritarianism. For PiS & co the attention for the Sadurski cases are about riding out the storm and playing the long game. So if we all agree that this is a red line-issue in Poland, and a red-line issue for the whole of the EU by implication, we have our work cut out. It only takes two and a half hours in a courtroom and witnessing a great scholar who acted to provide lifeblood for democracy stand accused of expressing what he sees happening to realise that the threat is clear, present and urgent. The aim therefore remains quite straightforward: PiS should drop the sue-to-scare charges against Wojciech Sadurski. That is not impossible to achieve, because there are actors who have real leverage with PiS. They need to be convinced to lean in to change the calculus of PiS & co, making it too costly for them to continue ravage the rule of law in Poland in the clearest of ways. That is what it means to be #WithWoj. Let’s rise to that challenge together. Watch this space shortly for some such reflections on strategy.

Explore posts related to this:
Freedom of Expression, PiS 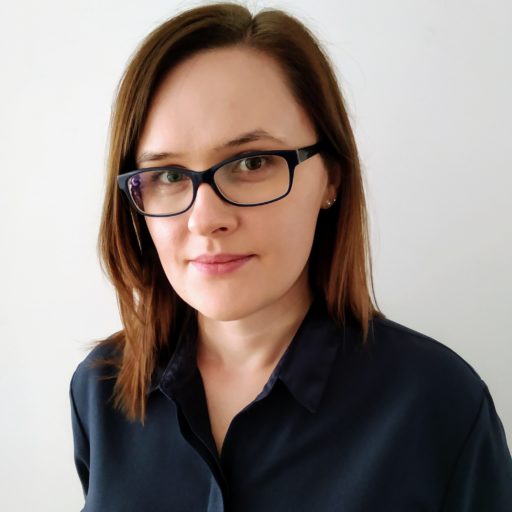 Explore posts related to this:
Freedom of Expression, PiS

Other posts about this region:
Polen 1 comment Join the discussion
pixel_not_set
Go to Top