Much of the commentary on this blog has related to both the case of and fallout from Case C 216/18 PPU Minister for Justice and Equality v LM (‘LM’) before the CJEU. Now, the case is back before the High Court of Ireland, which gave a further judgment on 01 August 2018. Minister for Justice and Equality v Celmer (No 4) [2018] IEHC 484 (‘Celmer’) is interesting on multiple levels, not least as it provides the first domestic interpretation and application of the CJEU’s decision and is useful for its insight into its practical implementation. Most notably, the Irish High Court has indicated that it will enter into dialogue with the Polish judicial authorities by referring questions on the specific substantiated concerns raised regarding access to an independent tribunal.

The Decision of the CJEU

The specific facts and background of the CJEU decision can be read in detail elsewhere. In a nutshell, the CJEU held that the power to suspend Council Framework Decision 2002/584/JHA rests with the European Council. Nevertheless, the executing judicial authority of a Member State may refrain from giving effect of a European arrest warrant if there exists a real risk that the requested person will suffer a breach of his fundamental right to an independent tribunal. This involves a two-stage assessment: first, the executing authority must assess, on the basis of objective and reliable material whether there is a real risk connected with a lack of independence of the courts of that Member State on account of systemic or generalised deficiencies. Secondly, if the executing authority is satisfied there are such deficiencies, it must assess specifically and precisely whether in the particular circumstances of the case there are substantial grounds for believing that the requested person will run that real risk.

When the case returned before the Irish High Court and Donnelly J. on 30 July 2018, the Respondent, Mr. Celmer, and the Applicant, the Minister for Justice and Equality, disagreed on what was the proper interpretation of the judgment. Particularly, the disagreement concerned the sequencing of the process of the second part of the LM test, regarding the specific and precise assessment of whether the Respondent is at real risk, as well as the nature of any consequential evidential burden on the Respondent. To that end, Donnelly J. sought to determine from the LM judgment whether she should seek supplementary information form the Polish issuing authorities for assessing whether there is a real risk to the Respondent.

Referring to the CJEU’s judgment, Donnelly J. stressed that the right to a fair trial is of cardinal importance as a guarantee for the protection of all the rights which individuals derive from EU law and is a value common to the Member States and then proceeded with an assessment of the situation in Poland. First, she relied on materials from the initial case, such as the Art. 7 TEU proceedings when she had made the preliminary reference, and found that the first stage of the LM test was fulfilled as there was indeed a real risk of the fundamental right to a fair trial being breached, connected with a lack of independence of the courts of Poland on account of systemic or generalised deficiencies there. Secondly, she then turned to the specific and precise determination in order to ascertain whether in this particular case there are substantial grounds for believing that the Respondent will run a real risk of breach of his fundamental right to an independent tribunal, and therefore of the essence of his fundamental right to a fair trial. To do so, per the CJEU, the Court had to assess whether the extent to which the systemic or generalised deficiencies regarding the independence of Poland’s courts are liable to have an impact at the level of the State’s courts with jurisdiction over the proceedings, and the specific individual concerns expressed by the Respondent.

On this second stage of the test, the parties differed in their interpretation of the CJEU’s judgment with regard to the steps involved in the specific and precise assessment. Before the CJEU, the Respondent had submitted that he did not have to have specific and precise circumstances applicable to him. This having been rejected by the CJEU, he now contended that the nature of the assessment required by the CJEU was whether the Respondent would run the risk of being tried by a court that was not independent. The possibility that very many other persons appearing in the trial courts ran a real risk of an unfair trial by virtue of the lack of independence of the courts did not preclude a specific and precise assessment of a requested person’s situation. With respect to his own situation, the Respondent first submitted the Court had already made findings related to the ordinary courts in Poland about the risks to a person appearing before them and how the disciplinary role of the Polish Minister of Justice over the Presidents of Courts had the potential for a chilling effect on the administration of justice. Secondly, the Respondent relied on statements made by Poland’s Deputy Justice Minister in the media, where he made prejudicial comments referring to the Respondent as “a dangerous” “criminal sought in the whole of Europe” “from a drug mafia”. The Minister for Justice and Equality however argued that that it was only after the Court had made a specific and precise assessment that there were substantial grounds for believing that the Respondent will be at real risk of breach of his fundamental right to an independent tribunal, that the Court must seek an assurance from the issuing Member State that he is not. Furthermore, the Minister put forward that there was an evidential burden on a Respondent to put before the Court material that showed he was at real risk.

Donnelly J. held that it was unnecessary to come to a final determination whether the executing judicial authority may request supplementary information after the Court had made its specific and precise assessment, as suggested by the Minister, because the Respondent had provided sufficient information that there were reasonable grounds for believing that he is at specific risk of being subject to an unfair trial. Donnelly J. specifically pointed to the irreconcilability of the Deputy Minister’s statements with the presumption of innocence under Art. 6 of the European Convention on Human Rights and Directive 2016/343 on the strengthening of certain aspects of the presumption of innocence and of the right to be present at the trial in criminal proceedings, which binds Poland but not Ireland. In order to ultimately determine if there were substantial grounds for believing that this Respondent is at real risk of a breach of his fundamental right to an independent tribunal and therefore a breach of the essence of his fundamental right to a fair trial, Donnelly J. found that she should, or even must, elicit additional information. She therefore held she would enter into dialogue with the issuing judicial authority in Poland in order to obtain further information. Donnelly J. then invited parties to submit draft questions for submission to the issuing judicial authority but stressed that the final decision as to the precise questions to be asked will be entirely that of the Court.

The emphasis that is being placed on the sequencing of the process for the specific and precise assessment, as well as the significance of seeking information from the Polish authorities is important for several reasons. Given the absolute importance placed on the concept of mutual trust and recognition between Member States, a cornerstone of judicial cooperation, by virtue both of the common values of the Treaties and by the Framework Decision, underlined by the CJEU in LM, it is clear that Donnelly J. is keen to buttress the process of determining whether or not to execute the EAW against possible criticism, given the ramifications. Further, Donnelly J. quite obviously is stressing that she has not ultimately come to a conclusion with regard to the overall assessment of whether or not there exists a real risk that the requested person will suffer a breach of his fundamental right to an independent tribunal. She is utilising the information seeking function stipulated by the CJEU to extend one final opportunity for the Polish authorities to ameliorate the concerns raised. By doing so she is guarding against any apprehension of a pre-determined outcome and from a purely pragmatic perspective by allowing the additional information she receives to feed into her overall assessment, she is both acknowledging the mutual trust and recognition between Member States and is ensuring that her overall decision is properly informed, and, perhaps more critically, is seen to be properly informed. Donnelly J. is alight to the significance and implications of both this case domestically and LM throughout the Union; therefore, by sequencing the assessment in this manner and seeking further information she is particularising the case to the Respondent, rather than letting the genie out of the bottle entirely. This is also evidenced by the fact that she explicitly notes that each case must be dealt with in due course on its own merits and in accordance with the decision of the CJEU.

The judgment provides a fascinating insight into the practical implications of the CJEU judgment in LM, not least because the Polish government has managed to hoist itself by its own petard, but also how the assessment of the test laid down is to be implemented practically. First of all, it will be interesting to see what format the questions do eventually take. It will be particularly intriguing, however, to see how the Irish High Court will deal with the assurances provided by the issuing judicial authority, if any, and whether it will regard them as sufficient to execute the EAW. There is an overriding sense that these proceedings are just prolonging the inevitable impasse that will be reached once the Court sends questions to the Polish issuing judicial authority and the likely inadequate answers that will be returned. As Matteo Bonelli has written, like the judgment in LM, the Irish court proceedings really only postpone the constitutional moment, with the pending infringement actions (on the Ordinary Courts and on the Law on the Supreme Court) and the proceedings under Article 7 TEU likely to provide the anticipated fireworks. However, they do have the possibility of becoming a lightning rod once again, should the High Court refuse the EAW, with the ensuing diplomatic fall out and the potential for EAW transfers between Poland and Ireland to grind to a halt.

Regardless of the overall picture, the case is instructive insofar as it provides a concrete methodology for an approach to implementing LM on a domestic level and will undoubtedly lead to a flurry of litigation in the Irish courts, and perhaps further abroad, in challenges to EAW issued from Poland. The case provides a welcome, though incomplete, picture of the post-LM EU.

Other posts about this region:
Europa, Irland 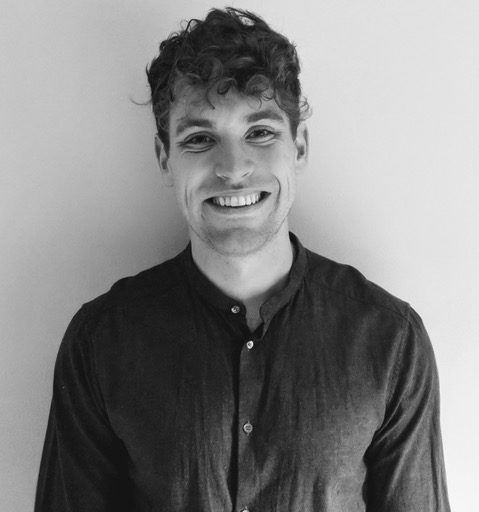 Other posts about this region:
Europa, Irland No Comments Join the discussion
pixel_not_set
Go to Top