The Island of Hope in a Sea of Misery

On 17 January 2020, the Italian Court of Cassation (‘Court’) ruled that Carola Rackete, captain of the Sea-Watch 3, was not criminally liable for hitting an Italian Guardia di Finanza (GdF) vessel and allowing 40 shipwrecked to disembark in Lampedusa in July 2019.

The recently released reasoning of the judgment is remarkable for three reasons: Firstly, the Court outright grants a right to disembarkation for shipwrecked (p. 11 et seq), something no other Court, or piece of binding legislation has declared in such an unambiguous and uncompromising manner. Secondly, the Court does so at the same moment as the European Court of Human Rights (ECtHR) has failed its duty to uphold human rights at Europe’s borders in the face of mounting political pressure. Thirdly, the Court significantly reduces the leeway with which the Italian government (current or future) may circumvent the content of the decision using executive decrees.

Facts of the case

On 12 June 2019, the Sea-Watch 3 rescued 53 people who were in immediate need of rescue, in international waters, 35 nautical miles off the Libyan coast. On the same date, the Sea-Watch 3 was assigned Tripoli, Libya, as a port for disembarkation for those saved. Carola Rackete, in line with Sea-Watch’s policy and as the person ultimately responsible, decided that this was unacceptable, as not in accordance with her obligation to deliver the saved people to a safe port. She steered the ship towards the nearest acceptable port: Lampedusa. They arrived in international waters outside Lampedusa on 14 June 2019 and requested a port of safety in Italy but were refused. On 15 June 2019, the Italian coast guard picked up 10 people in need of immediate medical assistance off the boat. Later that day, Italy closed its port for NGO ships. The vessel remained in international waters, just off the Italian coast.

On 19 June 2019, an urgent-application to the regional administrative court asking for leave to sail into port was rejected. Carola Rackete and others onboard then filed an application to the ECtHR for an interim measure that would grant the right for the Sea-Watch 3 to enter the Italian port. They were denied on 25 June 2019, leading to Captain Rackete declaring a state of necessity the day after and steering the ship into Italian territorial waters.

Finally, on 29 June 2019, after having waited over two weeks to be assigned a port by the responsible coordination office, Captain Rackete decided to steer the Sea-Watch 3 into the port of Lampedusa. A vessel from the GdF tried to stop the Sea-Watch 3 from entering the port, and was brushed by the passing ship. After disembarking, Captain Rackete was immediately taken into custody by police and put under house arrest. She was charged with resisting a warship and aiding illegal migration. On 2 July 2019, the preliminary investigative judge declared the arrest inadmissible, as Captain Rackete was fulfilling her duty to rescue at sea. The prosecutor’s appeal before the Court of Cassation was ultimately rejected on 17 January 2020.

The Court based its judgment in principal on three reasons. Firstly, a ship at sea is not a ‘safe place’ within the meaning of the undisputed obligation to sea rescue (p. 11 et seq). Secondly, according to the principle of ‘cause of justification’, officials should never have arrested Carola Rackete, due to reasons of prima facie proportionality (p. 8 et seq). Thirdly, as there was no naval officer aboard the GdF vessel, it cannot be construed as a ‘warship’ within the meaning of Italian criminal law (p. 12 et seq).

On the Right to Disembark

The duty to rescue at sea is enshrined in treaty law, has been derived from the extra-territorial application of human rights law, and even found its way into customary international law. However, the right to disembark remains an ill-defined, contentious issue. Undisputedly, the duty to rescue at sea encompasses an obligation to bring rescuees to a safe place. Yet no court derived from this duty a positive right of, or claim to, disembarkation beyond cases of distress at sea, meaning the threat of immediate, irreparable harm.

The Court quotes the SAR-Convention (International Convention on Maritime Search and Rescue), and in particular its amended section 3.1.9, to reason that the obligation to rescue people at sea is not exhausted by the mere act of removing shipwrecks from the danger of being lost at sea (p. 9). Rather, it involves the accessory and consequent obligation to disembark them in a ‘safe place’. The Court further substantiates this stance by reasoning that the Non-Refoulement obligation by the 1951 Geneva Refugee Convention demands shipwrecked to have the possibility to lodge an application for international protection in the flag state of the vessel (p. 12).

The Court specifically refers to Council of Europe Parliamentary Assembly’s (PACE) resolution 1821, describing a ‘place of safety’ as: ‘should not be restricted solely to the physical protection of people, but necessarily also entails respect for their fundamental rights’. Furthermore, according to the Court, a ship may not be qualified as a ‘place of safety’ due to its exposure to adverse weather events (p. 12).

The Court further cites the Guidelines on the Treatment of Persons Rescued at Sea, more specifically its para. 6.12 et seq,which specifically limit the time a rescuing ship may be construed as a safe place. The Guideline stems from a resolution from the International Maritime Organisation and does not constitute binding treaty law. However, with more courts following the reasoning presented here, they may become the legal standard in the future.

It is time to take stock and assess the potential scope of this decision for future cases in the Italian context. What should happen when none of the coastal States (and their authorities) identify a place of safety or when, more specifically (and as it has happened in other cases of conflict between NGOs and the Italian Government in 2019, such as the Alan Kurdi and the Open Arms), the Ministry of Interior decided to enact an ad hoc denial of entry into Italian territorial waters for specific ships? The legal basis for those ministerial decisions is a legislative decree (53/2019), enacted by the Italian executive and ratified by Parliament, which modifies the framework statute regulating immigration. The new article 11, co. 1-ter of that statute gives the Ministry of Interior the power (in collaboration with the Minister of Transports and Minister of Defence, but note: only having informed the President of the Council) to deny entrance into Italian territorial waters for reasons of public security or for curbing illegal immigration. The enormous level of autonomy given to the Minister of Interior vis-á-vis the President of the Council, who has to ‘simply’ be informed about the resolution cannot be underestimated.

The decision of the Court of Cassation is of great relevance because it clarifies two detrimental ambiguities created around the debate on the alleged conflict between ministerial action for the protection of national sovereignty and security and a constellation of international norms (all ratified by the Italian state), constitutional principles and ordinary statutes. First, it establishes that, after a reasonable evaluation of all the relevant circumstances, it is a duty of the shipmaster to identify in autonomy (according to her own evaluation of the context) the place of safety and disembark the shipwrecks there. In this way, it introduces, in accordance with the recommendations (p. 30) of the Commissioner for human rights of the Council of Europe, an important precedent which basically allows shipmasters to take responsibility in cases where too much time has passed waiting for a political solution (or in presence of an unsatisfactory political suggestion, such as Libya as a place of safety). The current government does not seem willing to use the instrument provided by the security decrees (decreti sicurezza), but nothing prevents future ministers and their political majorities to resort to that option. In fact, the Court’s decision does not oblige the Minister to indicate a place of safety. But it will serve as an important point of reference for all officials and shipmasters involved in the implementation of a future order by the minister (note that the Court of Cassation explicitly refers to the ex ante knowledge by officials of all the relevant principles and rules applicable to this type of situation). They will know how to balance the conflict between different legal sources.

The second important statement concerns the Italian constitutional order. One of the negative side-effects of the public discourse around the decisions adopted by the Ministry of Interior is the creation of a false perception that all sources of law have the same legal relevance. Reinforcing a trend typical of contemporary legal orders, executive power (in this case, in the person of the Ministry of Interior) has been portrayed as a source of law as important as constitutional and ordinary law. The Court’s decision has stated with great clarity that these different legal sources still stand in a hierarchical relation and that every decision should be taken in a way that remains coherent with the ensemble of constitutional values and principles of the Italian legal order (p. 7 et seq). This is even more important when seen against the background of the current difficult political debate on the reform of the security degrees, which seems to be far from reaching the only truly constitutional outcome: their abolition.

Calls for clarification on the right to disembarkation in the Mediterranean have been made in the past by NGOs, the UNHCR and an increasing number of scholars. However, attempts to find common ground in bilateral or multilateral agreements have so far failed. Consequently, the importance of this judgment may not be overstated, especially when compared to the recent ECtHR jurisprudence, and the events unfolding at the Greek-Turkish border.

In the case of N.D. and N.T. v. Spain, the ECtHR failed in its duty to uphold human rights at the EU’s external borders, choosing to cater to political currents instead of legal dogma. Whereas the grand chamber may have preserved the possibility to curb the impact of the decision, the ECtHR has chosen to ignore a possibility to take a stance on migrants rights in a critical time. This is not the first time that the ECtHR has been criticised for deciding on politics, rather than law. With an increasingly fragmented political landscape, in relation to the question of how to react to migration, it appears to be the time of national courts once again to uphold human rights and the rule of law.

Against the background of systematic attempts to criminalize civil sea rescue (see also here, here and here), leading to a marked drop of active search and rescue missions, and the criminalization of those helping refugees in general (see also here, here and here), the Italian Court of Cassation has stepped up and decidedly taken a stance in defence of the rights of both civil sea rescuees and rescuers. We can only hope that other (national) courts will follow its lead.

Karl Mauer and Florian Schöler are volunteering with the Sea-Watch Legal Department. Zara Freudenberg is interning with Sea-Watch. 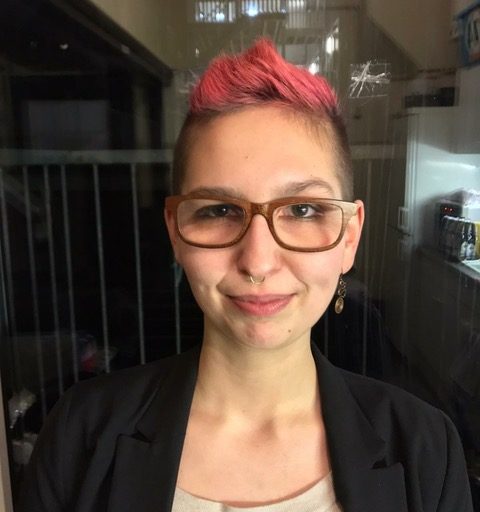 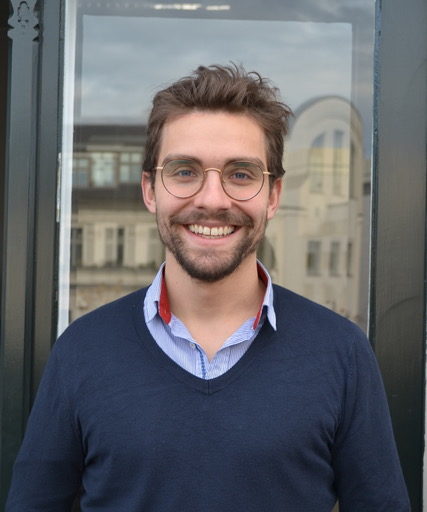 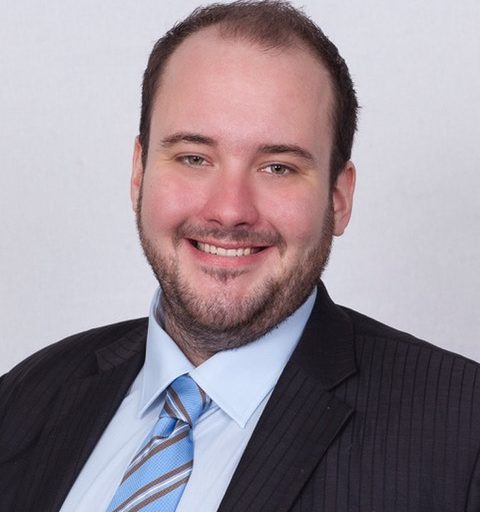