The Visa Ban, Nikolai and his Russian Sister

Nikolai is an 80-year-old Estonian citizen of Russian origin. He lives in Narva, Estonia’s most eastern city, separated from Russia only by a bridge. His sister, a 75-year-old Russian citizen, lives on the other side of the border – in the Russian city of Pskov, a few hours’ drive away. Nikolai lives alone, and his health has recently deteriorated – his sister and niece want to come to Estonia to take care of him.

This is only one of the hypothetical, yet highly realistic scenarios where relatives will be unable to meet due to the entry restrictions, imposed by Estonia on Russian citizens. The Baltic States, alongside with Poland and Finland, were among the most vocal proponents of the EU-wide ban on so-called ‘tourist’ visas for Russian citizens.  This proposal, nevertheless, did not find unanimous support in the Council which ultimately agreed on a compromise – namely, to suspend the EU-Russia Visa Facilitation Agreement. Since 9 September 2022, when the respective Council Decision entered into force, all Russian citizens are covered by the standard provisions of the Schengen Visa Code, which allow for longer visa processing times (up to 45 days), higher applications fees and additional checks.

The absence of an EU-level decision to bar perceived Russians ‘tourists’ from visiting the EU, however, did not prevent several Member States from adopting such measures at the national level, departing from EU law provisions currently in force. Contrary to the ‘tourist -only’ narrative, however, the new rules severely affect Russian family members of EU citizens and residents – an issue that, so far, has escaped public attention.

The most salient and far-reaching example of the , more restrictive domestic is approach is an agreement between Estonia, Latvia, Lithuania and Poland, all of which directly border Russia or Belarus, to introduce a nearly absolute entry ban on Russian citizens – including holders of short-term Schengen visas issued by other Member States.

In a joint statement, the four governments justified this step by referring to ‘substantial and growing influx’ of Russian citizens through their land borders (a hardly surprising development, given that Russian airlines are banned from EU airspace) and claiming they represent ‘a serious threat’ to their security – without elaborating on what exactly such a threat entails and why it cannot be addressed by existing legal means. After initial hesitation, the Baltic States and Poland were joined by Finland which, pressured by the right-wing opposition and the local public, announced it would also close its land border to most Russians holding Schengen visas, irrespective of the issuing country.

Without engaging in the broader debate on the rationale for blanket nationality-based measures (see an earlier discussion on this topic on Verfassungsblog), it should be stressed that a clear-cut distinction between people travelling for ‘tourism’ and other purposes is deeply problematic. The adopted rules inevitably target a much larger group of individuals than those who, in the words of EU foreign policy chief Josep Borrell, ‘travel to the EU for leisure and shopping as if no war was raging in Ukraine’. Alongside with those fleeing the oppressive regime (including to avoid the military draft), a category that is severely disadvantaged in this regard are Russian family members of EU citizens and residents – despite the governments’ reassurances that this will not be the case.

Unmarried partners and siblings are not considered family members

First, the Baltic countries and Poland, alongside with several other EU Member States, have officially ceased issuing Schengen visas to Russian citizens, subject to very limited exceptions. For instance, already on 25 February – immediately after Russia’s invasion of Ukraine – Latvia unilaterally stopped accepting visa applications from Russians, except for those seeking entry on humanitarian grounds (serious illness or a funeral of a close relative or a threat to personal safety), as well as family members of Latvian passport holders1) or citizens of another EU Member State (Within the meaning of the Citizens Directive (2004/38/EC)). On 4 August, the scope of Russian citizens eligible for a visa was further restricted only to those travelling to a funeral of a close relative – effectively prohibiting people from seeing the same relatives while they were still alive. A similar path was taken by the neighbouring Estonia who in March stopped issuing Schengen visas to nearly all Russians and in August barred holders of earlier Estonian-issued Schengen visas from entering the country.

On 19 September, Latvia restarted issuing visas to a few narrowly construed categories of Russian citizens, including family members of Latvian passport holders. The latter exception, however, is confined to spouses, children, parents, grandparents, grandchildren and other persons if they are dependants. Nearly identical definitions of ‘family members’ have been introduced in Estonia and Lithuania. Unregistered partners, siblings, cousins, uncles, aunts, nieces, nephews and other extended relatives, let alone friends, do not fall within their scope (unless they are dependent) and are consequently barred from visiting their close ones in the Baltics, irrespective of how significant their relationship is.

EU citizens and residents with Russian roots are disproportionately affected

The relevant domestic rules obviously violate the Schengen Visa Code that currently does not allow for blanket bans on certain groups of visitors, based on their nationality alone. The list of grounds under which Member States may refuse to issue a Schengen visa is found in Article 32(1) of the Code. These include cases where a person cannot prove the purpose of their intended stay or is considered a threat to public policy, internal security, public health or international relations of any of the Member States. The underlying principle of the Schengen acquis, however, is that each application should be accessed individually (this has been extensively discussed by Sarah Ganty, Dimitry V. Kochenov and Suryapratim Roy). Importantly, the recently issued Commission guidelines on visa processing for Russian citizens advise the governments to carry out more checks, yet underline that refusals should still be based on an individual examination.

In other words, under the rules currently in force Member States shall continue to accept Schengen visa applications from Russians citizens for all purposes found in the Visa Code – including so-called ‘tourism’ (up until recently, perhaps, the fastest and the least paperwork route) and visits to an unrestricted and undefined range of hosts, supported by the required documentation (such as an invitation letter, proof of sponsorship or other documents relating to the purpose of the journey).

It is precisely the broad scope of these provisions that allowed EU citizens and residents to be visited by Russian citizens – be it spouses, unregistered partners, children, siblings, cousins, grandparents or friends. At present, however, Member States have created an arbitrary distinction between acceptable and not acceptable relationships for visiting purposes, effectively depriving the ‘undeserving’ ones of the opportunity to meet. Apart from Russian citizens themselves, the limitations may also create significant hardship for EU citizens and residents who may end up separated from their close ones – a perspective that remains largely absent from the dominant public discourse.

The restrictive measures, introduced by the Baltic States, primarily affect Latvian and Estonian passport holders of Russian descent who make up around a quarter of the respective countries’ population (for statistics see here and here). Another particularly disadvantaged group consists of Russian citizens with permanent or temporary residence permits. In addition, the restrictions may also affect Ukrainian refugees hosted by these states, given that many Ukrainians have relatives in Russia. The latter two categories cannot be visited even by their Russian citizen spouses or children: in Latvia and Lithuania, the ‘family members’ exception does not apply to the relatives of legally resident non-EU nationals, while Estonia only allows visiting long-term residents.

Remaining options to enter the EU are limited

For Russian citizens who do not qualify as family members under the domestic regulations, the chances to see their close ones in the EU are limited. One option would be to obtain a Schengen visa for tourism purposes from a Member State where it is still – at least theoretically – possible. Yet, even if such an opportunity still exists, this is likely to become a difficult, lengthy and expensive journey – not least because, in addition to extra checks, Member States are allowed to deprioritise applicants whose reason to travel is not considered ‘essential’, such as tourism.

Furthermore, the Commission guidelines reiterate that applications should only be examined by a Member State consulate in a country where the applicant legally resides (pursuant to Article 6 of the Visa Code). It is stressed that ‘Member States should not routinely accept visa applications from citizens of the Russian Federation that are present in a third country, such as Serbia, Turkey or the United Arab Emirates, for a short stay or for purposes of transit’. It follows, therefore, that Russians who have recently fled to non-EU countries, are required to return to Russia to apply for a Schengen visa, including for visiting their immediate family – an impossible option for many, particularly in light of the ongoing mobilisation.

The situation is further aggravated by the fact that the Baltic States and Poland have closed their external borders to nearly all Russian citizens holding short-term Schengen visas, issued by another Member State (as well as their own issued Schengen visas, obtained before the restrictions came into force). The exceptions from the rule are narrow (see here, here and here) and essentially confined to family members (defined as such by the domestic rules discussed above), diplomats, international transport workers and those travelling for humanitarian reasons.

Unilateral entry ban on Russians undermines the rule of law

At present, Member States may refuse entry to Schengen visa holders solely on the grounds listed in the Schengen Borders Code (essentially identical to the ones found in the Schengen Visa Code), whereby each case should be approached individually. At an informal meeting of foreign affairs ministers in Gymnich at the end of August, Josep Borrell accepted that countries bordering Russia could adopt national-level entry restrictions, yet underlined that these should always conform to the Schengen Border Code. The unilateral actions of the Baltic States and Poland, now about to be followed by Finland, breach the provisions of the Code and, consequently, undermine the functioning of the Schengen system and the rule of law in the EU.

As a result, holders of Schengen visas issued by other Member States would need to enter the EU through another Member State and then travel to the country (e.g., Latvia or Estonia) where their (unrecognised) relatives live. Another remaining possibility is meeting in a third country. None of these options, however, is easily available, particularly for the elderly or people with low incomes.

In the current political climate, it is highly unlikely that the unlawful domestic measures will be challenged at the EU level. It must be recalled that the Commission has failed to start infringement proceedings against the same Member States despite much more serious violations of EU law – namely, the suspension of the right to seek asylum and the legalisation of pushbacks at their border with Belarus. Against this background, mixed-status families involving Russian citizens have little reason for optimism. For Nikolai from the Estonian Narva, for instance, that means that he may be unable to see his sister even on his deathbed – only because she has a Russian passport. 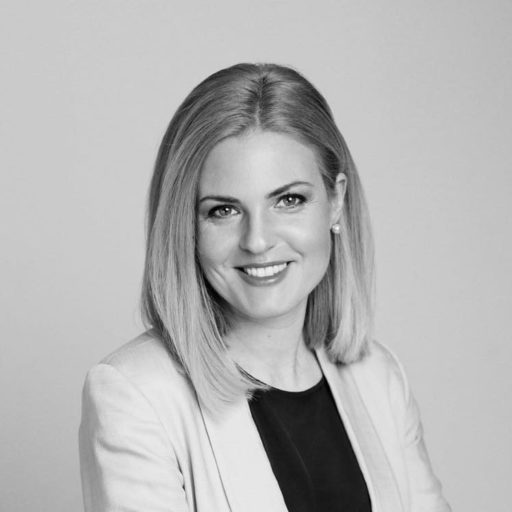 Aleksandra Jolkina Dr Aleksandra Jolkina is a researcher in EU free movement, migration and asylum law. She holds a PhD in law from Queen Mary University of London and is a re:constitution fellow 2022/23. Her research currently focuses on the situation at the EU’s eastern border, particularly where it concerns access to the asylum procedure and compliance with the rule of law. ORCiD >>