Why EU Countries Should Open Their Borders to Russian Draft-Evaders

In a significant escalation of his war in Ukraine, Russia’s President Putin announced a partial mobilisation on the 21st of September. Attempting to avoid the draft, thousands of Russian men are reported to be fleeing the country.  Germany’s Interior Minister Nancy Faeser responded by saying that “[a]s a rule, deserters threatened by severe repressions will receive international protection in Germany”. Reactions from some other EU countries were, however, less welcoming. Lithuania’s minister of defence said that “[t]he military call-up will not be enough for Russians avoiding mobilization to get asylum in Lithuania.” Likewise, the Czech foreign minister stated that Russians fleeing the country will not be issued humanitarian visas by the Czech Republic. Estonia voiced similar sentiments. Are EU countries obliged to grant asylum to Russians who are (pre-emptively) evading Putin’s draft?

In essence, both the Refugee Convention and the EU qualification directive that incorporates the Convention into EU law are quite clear about the refugee status of deserters. UNHRC’s Guidelines on International Protection No. 10 specifically address the issue. The EU Court (CJEU) has helpfully clarified how the qualification directive should be applied to deserters and draft evaders in the cases of Shepherd and E.Z. – both against Germany.

On the basis of these standards, claims of Russian draft evaders to asylum are rather potent. First, there is no principled difference between desertion and draft evasion (UNHCR Guidelines, para. 3). Second, a well-established category of deserters or draft evaders as refugees are those who object to the unlawful use of force (jus ad bellum) or the means and methods of warfare as regulated by international humanitarian law (jus in bello), see UNHCR’s Guidelines, para. 21 and Art. 9(2)(e) of the qualification directive. That Russia’s war is illegal is glaringly obvious to anyone outside Russian circles. On this basis alone — even apart from how the war is being fought –- persons are entitled to not being forced into partaking in such a war if they object to it (see also the ECtHR’s judgment in Bayatyan v. Armenia). Refugee law facilitates this human right by making persons eligible for asylum who have no other option to escape the draft than by fleeing the country.

Are there alternatives to military service?

Three caveats remain. The first one is that asylum authorities will have to determine whether Russia provides alternatives to military service to conscientious objectors. The persecution threshold will not be met for countries that make provision for alternative service. At first glance, Russia does provide alternative service. Article 59, section 3 of the Russian Constitution sets forth that those who are unable to perform military service due to their beliefs have the right to substitute service. This is worked out in Russia’s Law on Alternative Civilian Service and is also alluded to in Putin’s mobilisation decree. There are however reports abound that this is a mere paper substitute. Russian courts are said to routinely deny appeals from conscientious objectors. The reliability of these reports is reinforced by the more recent news that Russian men rather pay bribes or break their arms than plea for exemption from military service before a Russian judge. In E.Z., the CJEU held that a refusal to perform military service need not in all circumstances be demonstrated by having formalised refusal through a court or by first presenting oneself to military authorities (para. 26-32).

A second challenge may be to establish that the conscientious objection to military service is genuine. Latvia’s foreign minister argued that “Russians who now flee Russia because of mobilization were fine with killing Ukrainians. They did not protest then, and it is wrong to consider them conscientious objectors. There are considerable security risks admitting them and plenty of countries outside the EU to go to.” Leaving aside the points about security and safe third country-exceptions – which may indeed affect the claim but must be individually established – can EU countries refuse claims made by Russians for reason of them having previously tacitly accepted Putin’s war? Of course not. Any protest against the war within Russia equals arrest and detention. Such a requirement would be absurd. It remains the case, nonetheless, that a claimant must explain, as UNHCR puts it “the personal significance of the reasons behind his or her objection, as well as how these reasons impact on his or her ability to undertake military service” (Guidelines, para. 64). As in all asylum determinations, this involves testing the level of detail and consistency of the individual claim.

However, and rather crucial, the establishment of one personal’s convictions is not necessarily decisive. What matters too, are Russian punishments for avoiding the draft and whether any such punishments can be characterised as either persecution in the meaning of the Refugee Convention or inhuman treatment under subsidiary forms of protection. Significantly, the CJEU lowered the bar in the case of E.Z.  for accepting asylum claims in situations where “performance of military service would require persons to commit crimes against peace, war crimes or crimes against humanity”. According to the Court, “in the context of armed conflict, particularly civil war, and where there is no legal possibility of avoiding military obligations, it is highly likely that the authorities will interpret the refusal to perform military service as an act of political opposition, irrespective of any more complex personal motives of the person concerned.”  The Court concluded that in such cases “there is a strong presumption that refusal to perform military service relates to one of the five reasons for persecution” enumerated in the refugee definition (E.Z. paras 57-61). Next to this, and moving away from the whole issue of conscientious objection, an asylum claim may be successful if it is demonstrated that punishments for desertion or draft evasion meet the bar of inhuman or degrading punishment (subsidiary protection, Art. 15 of the qualification directive). This is especially relevant in view of the toughening punishments imposed on Russian deserters as were announced by Russian lawmakers as well as some highly disturbing reports that the Wagner group mutilates and even kills Russian soldiers who try to desert.

Well-founded fear for being drafted?

A third, potentially complicated, caveat is to establish that a Russian claiming asylum is indeed evading the draft. It must be assumed that the large majority of Russians who are currently trying to book flights for exorbitant prices out of the country or who are queueing up at the borders with Georgia or Finland have not yet received draft notices. Indeed, it is highly unlikely that persons who have been serviced a draft notice are legally allowed to leave Russia.

How to determine whether a Russian claiming asylum meets the refugee law threshold of having a “well-founded fear” or “real risk” of being drafted into military service, i.e. the risk being not merely theoretical? A first point is that it would be disingenuous to demand a claimant having actually been served a draft notice. UNHCR helpfully explains that draft evasion may be “pre-emptive in the sense that action may be taken in anticipation of the actual demand to register or report for duty” (Guidelines No. 10, para. 3). Multiple news reports indicate that Russians are currently being plucked from villages all over the country and being marched into buses and planes to military training locations. It therefore seems that pre-emptive evasion may be the only way to escape war participation.

A further question pertains the determination of those who are eligible for Putin’s draft. It is as of yet unclear who and how many will be called up for Russian military service. Initial reports seem to indicate that ethnic minorities in Russia are disproportionately targeted. Perhaps, it is the case that Russian men in Moscow and St. Petersburg are far less likely to be called up for service, unless, paradoxically, they are protesting against the war.

This, as matters currently stand, should not as such be decisive. Although the text of Putin’s mobilization decree is open-ended – suggesting that any Russian citizen may be called up for military service – Russia’s defence minister Sergei Shoigu clarified in a televised address that 300,000 reservists will be drafted for the military campaign in Ukraine. Admittedly, this is only a fraction of the about 25 million Russian reservists – all who have done their compulsory military service. But that number includes many who on account of their age or military fitness will be exempted from the draft.

Therefore, and until more clarity becomes available on how Russia selects reservists for military draft, it would be legally prudent to assume that any Russian reservist – taking into account contra-indicators such as health and age – has an objective fear of being drafted.

All this indicates that asylum claims of Russian draft evaders must be seriously looked into. Blanket refusals to entertain such claims made in recent days by some European politicians find no basis in refugee law. Russian deserters are entitled to a similar open spirit as demonstrated towards refugees from Ukraine. 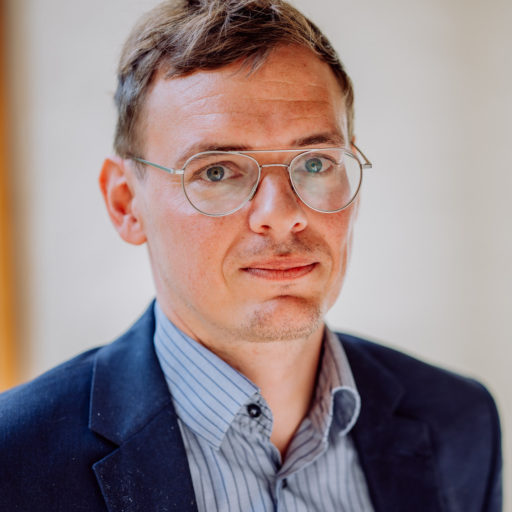 Other posts about this region:
Europa, Russland 1 comment Join the discussion
Go to Top