Earlier this week, 32 leading scholars of EU law and politics signed the statement that national courts cannot override CJEU judgments, in response to a demonstration by the BVerfG that it actually can. Yet, might is not right, suggest the signatories of the statement, to argue that “the German’s court […] assertion that it can declare that a CJEU judgment ‘has no binding force in Germany’ is untenable and must be forcefully rejected”. We share the signatories’ concern that Weiss might (and most probably will) be used as a pretext for refusing to comply with the CJEU’s rulings and the EU rule of law requirements in Member States such as Poland or Hungary. We are also critical of the conclusion to which the BVerfG arrived in its decision, though we accept some of its premises (i.e., that the national disapplication of EU acts may be justified in some rare and exceptional cases). However, even though we are not all constitutional pluralists, we take issue with some aspects of the reasoning behind the original statement and question the doctrinal and empirical arguments it invokes in favour of EU law’s unconditional supremacy.

The signatories’ critique of constitutional pluralism (CP) and the very possibility of national constitutional review of EU acts is, first of all, based on the fear that CP might facilitate the misuse (or abuse) of the ideas of national constitutional identity or essential Member State competences. Certainly, it is correct to point out that the concepts of constitutional pluralism and constitutional identity can be marshalled in ways that most scholars (including pluralist themselves) would find unacceptable. Indeed, it is worth noting that the BVerfG’s Weiss decision prompted very different reactions, some of them quite critical, from prominent scholars of CP (see the dissonant views of Maduro and Avbelj). Nevertheless, we suggest that the observation of a risk of abuse holds true for a number of other concepts, including those who form core principles of EU law themselves. The very ideas of democracy, rule of law or fundamental rights are equally prone to abuse, mischaracterization, or selective application. The CJEU itself has been accused of abusing the concept of citizenship to justify competence creep beyond what had been agreed upon by the Member States. And yet it would not be convincing to discard these concepts solely on that basis.

As regards CP as such, we remain divided over its theoretical merits. We agree, however, that the main problem behind the statement is that it attacks an empirical conclusion on normative grounds. The risks that the authors attribute to CP do not actually result from the doctrine of constitutional pluralism itself. If anything, those risks result from lingering ambiguities in the design of the composite constitutional order that CP, as a descriptive theory, attempts to account for (the fact of incompatible claims to final authority) and whose negative effects it attempts to mitigate (e.g. by proposing principles to promote coexistence and mutual accommodation between those claims). Whether CP provides us with the most plausible descriptive account of the EU legal order is a question we do not attempt to address here (national monists would disagree). Nevertheless, we believe that by challenging CP’s descriptive insights by appeal to the normative theory of EU Monism the statement fails to engage with and do justice to the former. For these reasons, we find their criticism incomplete and thus insufficient.

The authors correctly remind us of the ECJ’s position advanced in Costa  and submit that, contrary to what some pluralist authors would suggest, the answer to the Kompetenz-Kompetenz or the final say question is unequivocal: “the law as it stands today is clear: no national court can overrule a CJEU judgment”. Yet their conclusion that the ECJ’s position suffices to preclude any competing claim by a national constitutional court rests on a premise which has been disputed from the very outset of the European integration process: namely that of absolute and unconditional supremacy of EU law. Put differently, it denies the empirical fact that both the ECJ and the BVerfG (and other national courts) claim ultimate constitutional authority by making the normative point that, according to EU law, the ECJ claims ultimate constitutional authority. We do acknowledge the signatories’ argument that “the Member States have agreed – voluntarily – to be bound by EU law and to respect rulings of its Court of Justice so long as they remain members”. But again, we cannot help to note that the conditions and extent of that voluntary agreement has been understood differently at the national level, crucially with regard to the questions of Kompetenz-Kompetenz or national constitutional identities. And the fact that the ECJ’s sweeping claim has been repeatedly contested is, in our view, of paramount significance – at least as far as the argument from voluntary agreement is concerned. So is the fact that, as reminded by Bobič and Dawson, previous attempts to gain Member State unequivocal approval and democratic support for a more robust understanding of primacy have clearly failed.

The signatories also advance two normative arguments in support of the unconditional understanding of EU law’s supremacy: the argument from uniform and effective application, and the argument from the equality of the Member States. With regard to the first argument, the authors suggest that any major departure from EU law’s uniformity would pose a substantial threat to the process of European integration, for “allowing national courts to declare that CJEU judgments they deem unacceptable are inapplicable in their countries would destroy the EU legal order”. Certainly, the proponents of unconditional supremacy are right to point out that the principle of uniform application will be limited by this kind of national decisions. But whether allowing for such limitations would necessarily bring an end to the process of European legal integration is an open question. It is an empirical matter, rather than the only or most likely outcome one should expect. Historically, neither the first Czech ultra vires decision in Landtová, nor the Danish one in Ajos/Dansk Industri have led to such dramatic consequences. And whereas both the timing and the subject matter of Weiss make it much more serious than the aforementioned decisions, the point we want to convey is that less uniformity does not necessarily entail complete disintegration. On the contrary, on many occasions it is EU law itself that allows for certain accommodation or even derogations, be it by virtue of Article 4(2) TEU, the mandatory requirements, or the principle of proportionality. Surely, it does matter legally (and normatively) whether these derogations or exceptions are mandated by EU law or not; and in our view it is certainly more desirable to have them mandated by EU law then decided unilaterally. Yet, this does not undermine our point that such exceptions to uniformity are unlikely to immediately unravel the EU legal order – even if they happen to be justified solely on the grounds of Member State constitutional law.

With regard to the second argument –  i.e. the equality of the Member States – the signatories of the statement are right to point out that it is an important normative consideration and a sound argument in favour of the CJEU having the ultimate jurisdiction over the questions of interpretation and validity of EU law. Yet, a constitutional pluralist or national monist could argue that, contrary to what the CJEU stated in the Weiss press release, unconditional supremacy is not the only way of guaranteeing such equality. For, if it is recognized that in exceptional situations where certain core Member State constitutional commitments or powers are at issue, national constitutional exceptions should be warranted, then at least one important aspect of the notion of equality is preserved; namely that of reciprocity with respect to said national constitutional essentials. Certainly, this comes at a cost; namely that of uniform application of EU law and its values, both normative and instrumental. On the other hand, one could suggest that the expected benefits of protecting national constitutional essentials can occasionally outweigh the downsides of restricting the principle of equality understood as uniformity. In fact, this is precisely the solution that, despite the aforementioned concerns, most national constitutional courts have insisted on, pointing to their competing understandings of the sources (and limits) of EU law’s authority. Which, in our view, invites us to look for ways to think equality of the Member States without elevating it to some kind of a master principle that would categorically preclude the national disapplication of EU acts in some rare and extraordinary cases. Especially if the very Member States and their peoples – whose equal status within the Union is at issue — still have not agreed that unconditional primacy and uniformity of application of EU law is the only way to go. To summarize, we do not mean to downplay the very real risks posed by the BVerfG’s ruling in Weiss to the authority of the CJEU. The decision underscores the profound challenges the EU legal order faces in commanding authority over the domestic legal orders, as well as the need to critically evaluate academic concepts and theories concerning the relationship between EU and national law. And while we share many of the concerns which the authors of the original blogpost raised, the solution cannot be to affirm legal doctrines and theoretical premises as if they were undisputed. We should come to terms with the fact that the contested relationship between EU and national law is bound to generate tensions rather than wish them away. For the “take it or leave it”-approach proposed denies realities on the ground and is likely rather a cause for further disintegration than stability. 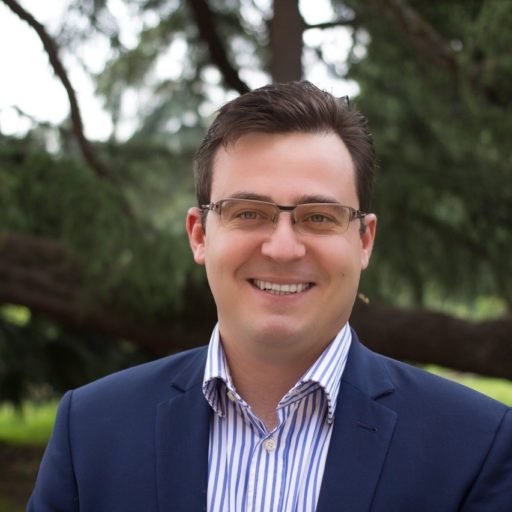 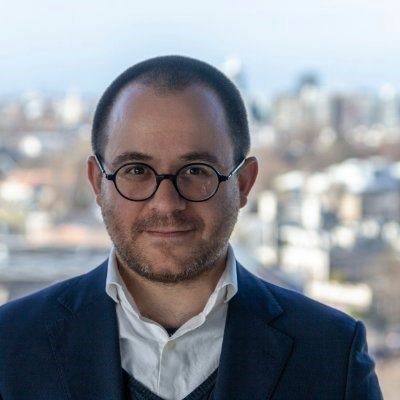 Other posts about this region:
BVerfG, English Articles, EuGH 1 comment Join the discussion
Go to Top