On 13 January 2016, exactly five years ago, the European Commission activated its rule of law framework for the very first time with respect to Poland. Five years later, Poland has become the first ever EU Member State to be simultaneously subject to an Article 7 TEU procedure and the special monitoring procedure of the Council of Europe.

Poland can now be considered the first EU Member State to no longer have an independent judicial branch following years of sustained attacks targeting Polish courts, judges and prosecutors culminating in the adoption of the “muzzle law” which has “legalised” the systemic violation of EU and ECHR judicial independence requirements.

To achieve this outcome and reinstate a Soviet-style justice system at the heart of the EU legal order, Polish authorities have repeatedly and deliberately violated the Polish Constitution and EU law. As they have done so on so many occasions these past twelve months, it is difficult to give a concise account. This two-part post will nonetheless attempt to do so (see here for a comprehensive account by Dariusz Mazur).

Part I below will offer an overview of twelve months of annihilation of judicial independence before presenting the Commission and the Council’s action – or rather inaction. In light of this pattern of inaction, not to say dereliction of duties, it is submitted that Member States must now follow the lead of the Netherlands and “resort to self-help to protect themselves from a politically compromised judiciary in a Member State where national judges are forbidden from enforcing EU rule of law standards”. Forthcoming Part II will offer a critical overview of the Court of Justice’s 2020 case law.

1. Twelve months of further annihilation of judicial independence in Poland

Prior to 2020, Poland had already become a country where national rulings were openly and regularly disregarded; where violation of national and European rulings were publicly encouraged; and where judges were routinely subject to harassment and smear campaigns while a plethora of unlawful judicial appointments were made.

The year 2020 saw the culmination of this process with the adoption of the “muzzle law”, which, in a nutshell, aims to neutralise the application of EU judicial independence requirements by introducing new types of disciplinary offences for judges; politicising criminal proceedings even further by granting the “Disciplinary Chamber” (DC) exclusive competence to lift a judge’s immunity; granting the exclusive right to assess whether a judge is independent to the new Extraordinary Control and Public Affairs Chamber (ECPAC), which itself lacks independence. Furthermore, major pre-2020 rule of law problems remain.

Without being exhaustive (see here for more details), one may mention the continuing lack of effective constitutional review. The most significant development in this respect is the flagrant violation of EU law committed in April 2020 when, in two “judgments”, the unlawfully composed Constitutional Tribunal (CT) de facto voided the ECJ AK judgment in in the name of EU law and without referring the matter to the ECJ so as not to give it the opportunity to confirm it is no longer a court within the meaning of EU law (see however the pending ECHR case of Xero Flor). Most recently, and in a particularly ironic development, the government has unlawfully refused to publish the (pseudo) abortion “judgment” of its own unlawfully composed “court” following Poland’s biggest demonstrations since the fall of communism.

With respect to the Supreme Court, the most noteworthy development is the adoption of resolution of 23 January 2020 by three at that time still independent chambers in which they established that the DC is not a court tout court. And while the unlawful nature of the appointment procedure followed by the Polish President is a matter of ongoing litigation before the ECJ, this resolution also makes already clear that all the appointments made by the Polish President to the Supreme Court suffer from flagrant legal flaws. Unsurprisingly Polish authorities have since unlawfully disregarded this resolution while also organising the unlawful appointment of a new First President on 25 May 2020.

With respect to Poland’s new National Council of the Judiciary (NCJ), evidence emerged in February 2020 that the new NCJ has been unlawfully composed with the Polish Minister of Justice furthermore publicly confirming that the judges nominated to the new NCJ were selected by himself on the basis that they “were ready to work on the reforms of the judiciary”. In light of the active role played by the neo-NCJ in helping with the destruction of judicial independence in Poland, the ENCJ is now finalising its expulsion due inter alia to the fact it is now acting “in blatant violation of the ENCJ rule to safeguard the independence of the Judiciary, to defend the Judiciary, as well as individual judges”.

With respect to Poland’s new disciplinary regime for judges, the situation has gone from bad to worse to devastating in this area with currently an infringement action pending before the ECJ (Case C-791/19) and an additional infringement procedure launched by the Commission in relation to the “muzzle law”. While these infringement procedures are ongoing, Polish judges and prosecutors have continued to be persecuted on an industrial scale by captured bodies as well as harassed by a secret “troll farm” set up within Poland’s Ministry of Justice. Regarding the latter, the Parliamentary Assembly of the Council of Europe has demanded the establishment of an independent public inquiry no later than 31 March 2020. Unsurprisingly, to this day, no independent public inquiry has been set up and no one held accountable. By contrast, those seeking to hold these individuals accountable or defend judicial independence continue to be harassed in a way which is “unworthy of a democracy and a law-governed State.”

Faced with these multiple and repeated violations on the most basic tenets of the rule of law, the Commission and the Council have oscillated  between procrastination and dereliction of duties.

2. Between procrastination and dereliction of duties: The Commission and the Council’s (in)action in 2020

In the Council, not a single Article 7 hearing was organised in 2020, with COVID19 being used as a convenient pretext first by the Croatian and subsequently by the German presidencies of the Council, with the latter not even bothering attending a debate organised by the European Parliament on this issue on 30 November 2020. In other words, in 12 months, the Council was only able to find one hour to organise a confidential “state of play” discussion on the “developments” in Poland on 22 September 2020. That’s it. About one hour in one year. This is from the same Council which committed itself on 17 November 2020 to “advance the rule of law, support the strengthening of independent and impartial judiciary, oppose external pressure against judges and national justice systems” when adopting the EU Action Plan on Human Rights and Democracy 2020-2024. One can only image what would be the situation if the Council had not decided to “advance the rule of law”.

With respect to the European Commission, 2020 was yet another year of acting in a too little too late fashion when time is absolutely of the essence. Indeed, in twelve months, the Commission was only able to lodge a single application for interim measures with the ECJ regarding Poland’s “Disciplinary Chamber” (DC hereinafter) and launch a single infringement action with respect to Poland’s muzzle law. To make matters worse, the Commission failed to react for months in the face of repeated violations of the ECJ order of 8 April 2020 which granted the interim measures the Commission requested. When finally shamed into action following the unusual statement by a sitting ECJ judge making it publicly clear that the ECJ order was being violated, the Commission, instead of returning to the ECJ to ask for the imposition of a daily penalty payment, went for the least possibly effective way forward by adopting an additional letter of formal notice on 3 December 2020 in connection to its pending action against the “muzzle law”. While the Commission’s assessment is correct that Poland continues to violate EU law by allowing the DC “to decide on further matters which directly affect judges”, including  cases for the lifting of judicial immunity, the Commission ought to have returned to the ECJ directly and request the ECJ to fine Polish authorities for their violation of the ECJ order as it had indeed done in the past.

Adding insult to injury, the Commission has continued to fail to project any sense of urgency in respect of what is arguably the most flagrant and systemic violation of the most fundamental principles underlying the EU legal order committed by a Member State in the history of EU law. This is indeed what the Commission itself compellingly demonstrated in its letter of formal notice adopted on 29 April 2020. Considering the damning assessment offered in this letter, one would have thought that the Commission would have done its utmost to bring the muzzle law to the ECJ as quickly as possible. Yet one would have been wrong to think so. To briefly demonstrate the von der Leyen Commission’s irresponsible procrastination on this front (further details here, here and here), one may compare its record to the Juncker Commission’s handling of the Polish law relating to the attempted purge of the Supreme Court:

This is not to say that the Juncker Commission is beyond reproach. Far from it. Indeed, when looking at the overall number of infringement actions ever since the pre-Article 7 procedure was activated in January 2016, we reach a dismal average of less than one action per year. Instead of always looking for mostly spurious reasons not to act or further delay action, the Commission ought to urgently launch several infringement actions in relation to the following issues:

In addition, it would be good to see the Commission ceasing to defend the most possibly restrictive interpretation of the scope of application of EU law in pending preliminary ruling cases as it did most recently in Case C-824/18. This gives the impression of a “Guardian of the Treaties” keen not to do its job by almost systematically refusing to adopt a rule of law enhancing interpretation of EU law in judicial independence preliminary cases. The von der Leyen Commission has a choice: Either take its job as Guardian of the Treaties seriously or face the embarrassment of seeing more national parliaments follow the lead of the Dutch Parliament which recently required the Dutch government to report back by 1 February 2021 on the possible launch of an infringement action under Article 259 TFEU. 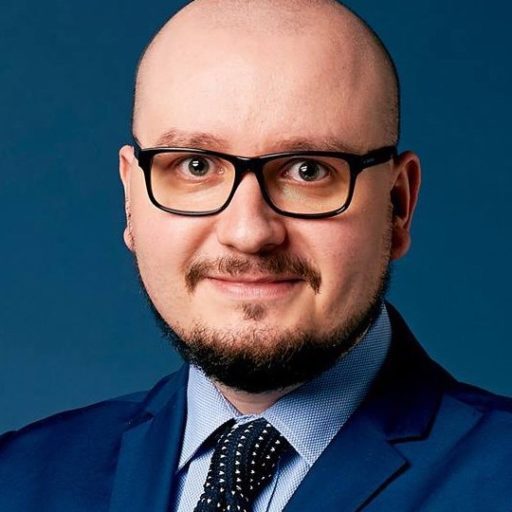 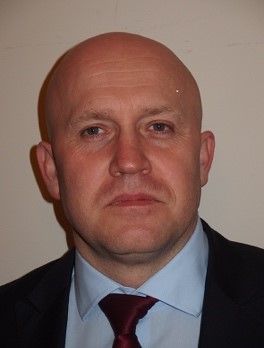 Dariusz Mazur Dariusz Mazur is a criminal court judge adjudicating in the Third Criminal Division of Regional Court in Cracow. He works with the Polish National School of Judiciary and Public Prosecutors and with the European Judicial Training Network (EJTN) as a lecturer.

Other posts about this region:
Europa, Polen No Comments Join the discussion
pixel_not_set
Go to Top