There is sigh of relief across Europe after the BVerfG has rejected the injunction order by the plaintiffs against the Own Resources Decision. But a decision by the French Conseil d’Etat (the highest administrative court) taken on the same day might be the far more important political decision.

Indeed, the decision by the BVerfG considers that the cost of blocking the agreement far exceeds the risks (including for the international reputation of the German Government).

However, this is not a ruling on the substance of the matter, it is only a decision on the injunction. The Court is still liable (and likely) to refer the case to the ECJ and this could play an important role in future debates to expand and extend the Recovery and Resilience Facility.

It is therefore fair to assume, despite this positive development, that we still have not crossed the Hamiltonian Rubicon and that the legal and political struggle for the RRF to become a permanent mechanism is only starting. This time however, it is quite possible that the ECJ could side with the BVerfG and consider that the legal basis under which the RRF was built is unsuitable to make it a permanent mechanism. On the debates regarding the legal basis used for the RRF and what lies ahead see here and here.

But the more important decision this week is that of the French Conseil d’Etat, which was ruling following a referral to the ECJ. The case is rather simple: the French security services are mandating sweeping collection of personal connection data to internet providers and telecommunication operators in violation of the e-privacy directive. The ECJ has considered in its October 2020 ruling that this practice was not only violating the directive but also violating the EU’s Charter of Fundamental Rights.

Following the ECJ ruling, the French Government doubled down and asked through its General Secretariat of the Government to challenge the European Court of Justice and to possibly follow two legal avenues to mount this challenge:

In its conclusions, the Rapporteur Public (equivalent to the Advocate General before the CJEU) has raised a number of quite fundamental questions including the conflict between the Constitutional obligation for the government to ensure national security and the EU’s Charter of Fundamental Rights. Interestingly, the Rapporteur Public raised the possibility to refer the case to the French Constitutional Court potentially cementing the view that France’s Constitutional identity and its mandate to the government to provide security was imperative and unreconcilable with the EU’s Charter of Fundamental Rights.

In its decision, the Conseil d’Etat chose both a less confrontational course than the BVerfG by refusing to consider the ECJ ruling ultra vires, a decision welcomed by Jacques Ziller and many legal scholars, but it also chose to create more assertive and confrontational objection to the Court’s ruling which could have very profound and long lasting consequences on the EU’s legal and political order, something that has been largely unreported.

Indeed, the French Court goes further than the BVerfG by openly resisting the application of EU law. The BVerfG had paved the way for such action in its ultra vires ruling against the PSPP but the German Government and the Bundesbank effectively held back and never effectively disobeyed European law and the ECJ ruling. In this case, the French Government will indeed reject EU law for an extended (and potentially unlimited) period of time.

First, in the case at hand by defying the ruling of the CJEU, the Conseil d’Etat disregards key elements of the ruling that it referred to the CJEU. This open confrontation is a very important precedent that stands in sharp contrast with the decision of the Belgian Constitutional Court taken the day after that complied with the ECJ’s ruling by mandating to strike down the Belgian data collection law.

Second and perhaps more importantly, the French administrative supreme court is, without formally referring to, abusing a legal route akin to what the BVerfG undertook with its 1986 Solange Ruling, where it effectively considered that in the absence of Fundamental Rights and Civil Liberties being protected by the European Court of Justice, the German Constitutional Court reserved the right to rule against the EU to protect the German Constitutional Identity and the protection of fundamental rights.

The 1986 German ruling and the tension it created in the EU’s legal order had an historical importance and eventually led to the adoption of the EU Charter of Fundamental Rights 20 years later. France is trying to use this legal precedent arguing that there are no equivalent security clauses in the EU’s primary law and therefore that France’s constitutional identity warrants protection until the EU’s primary law does empower the EU on internal security matters – a securitarian Solange.

Indeed, the Conseil d’Etat has created a double lock, not only it will allow the Government to continue its surveillance program until the EU is endowed with security provisions in its primary law, but it will also keep its option opens if these provisions are deemed insufficient. This is effectively creating the domestic legal ground for a permanent confrontation between the EU and the French legal order in the field of security.

Furthermore, it is striking that the Conseil d’Etat decided not only to consider public order and security as forming part of France’s Constitutional identity (something that neither the constituent, nor the legislator has done), but more importantly that it gave such a loose and vague definition to national security: “safeguard of the Nation’s fundamental interest, the prevention to threats to public order, breaches to security of persons and goods, fight against terrorism and investigations against penal offence”. With such a definition of public order and national security, France can oppose virtually any piece of European legislation.

The BVerfG was often dubbed, the Court that barks but does not bite. The French judges might well be judges who bite by stealth. Indeed, this legal precedent is potentially historical.

The glass half-full take of this event is that France is pushing through a legal challenge for a real leap in integration in internal security matters. This seems in line with the political strategy pursued by the French government in Brussels where it is currently lobbying to amend both the Charter and secondary EU law, possibly to create an equal protection for security matter at the EU level.

The glass half-empty view is that this challenge is effectively creating a precedent of opposition between national constitutional order and the Charter of Fundamental Rights, which is likely to have serious consequences across Europe and in particular in Poland, Hungary and elsewhere.

Germany’s Solange case used Germany’s Constitutional identity to establish a charter of fundamental rights in the EU and strengthen the kernel of the EU’s constitutional order. France’s Conseil d’Etat ruling might be the first step of its undoing. It might also be a turning point in a battle of the judges which has been fairly civil over the last 50 years has shaped the EU’s legal and political order. By openly challenging the EU’s legal order both in its form (the ruling), as well as in its substance (the Charter of Fundamental Rights), France might be doing both: paving the way for further weakening of the Rule of Law across the EU, and it might also pave the way for more challenges coming from France on other issues so much so that French Constitutional Lawyer Paul Cassia referred to the ruling as akin to a “Frexit”. Given the stakes, the European Commission will be key. In order to avoid setting a disastrous precedent, the European Commission could trigger an infringement against France. It might also consider it politically expedient to do so at the same time against Germany after the Karlsruhe PSPP ruling, demonstrating at this critical time that it won’t be impressed even by the biggest Member States and that it is prepared to meet force with force. 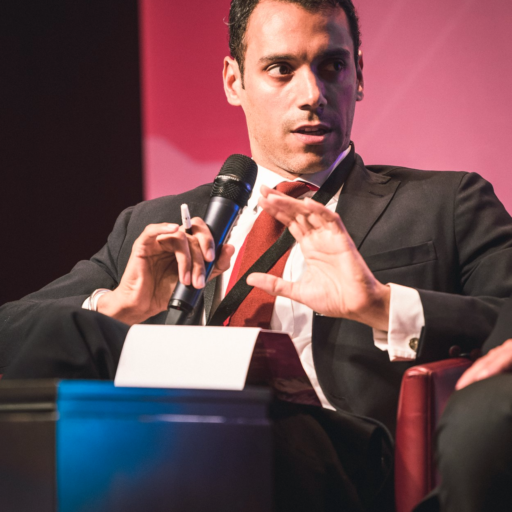 Shahin Vallée Shahin Vallée is the Director of the Geoeconomics Program of the German Council on Foreign Relations (DGAP).
Gerard Genevoix Gerard Genevoix is Counsel in an EU institution. The name is a pseudonym; the author wishes to keep his name and affiliation confidential.

Other posts about this region:
Europa, Frankreich 4 comments Join the discussion
pixel_not_set
Go to Top