1. A terse response to the absurd and particularly inappropriate request for an ultra vires‘ review against the Court of Justice of the European Union.

On 21 April 2021, the Conseil d’Etat categorically rejected the argument that the courts of the Member States, in particular their supreme (or constitutional) courts, are entitled to review an „ultra vires“ of the European institutions:

„It is not for the administrative courts to ensure that secondary European Union law or the Court of Justice itself respects the division of powers between the European Union and the Member States. It cannot therefore review the conformity of decisions of the Court of Justice with Union law and, in particular, deprive such decisions of the binding force with which they are vested, as stated in Article 91 of its Rules of Procedure, on the grounds that the Court of Justice has exceeded its jurisdiction by conferring on a principle or an act of Union law a scope exceeding the field of application provided for by the Treaties. (my translation)1)

Anyone interested in the schedule of hearings at the Conseil d’Etat had been surprised to learn that the representative of the French Government, in a series of memoranda produced in April 2021, had invited the Conseil d’Etat to refuse to apply the case law of the Court of Justice on the grounds of non-compliance with the division of competences between the European Union and the member states („ultra vires“). This was the first time that a French court had to consider such a question.

At the moment it is not known who, probably in the services of the Minister of the Interior, had the bizarre idea of proposing such a defense, probably inspired by the decision of the German Federal Constitutional Court (BVerfG) of 5 May 2020 in the PSPP case Weiss2). There were only two cases in which a constitutional or supreme court of a member state espoused the thesis that the Karlsruhe Court had long since expounded in the Weiss case: the Czech Constitutional Court with the Holubec judgment of 31 January 20123) and also the BVerfG on 5 May 2020. According to this view, it is not only a right but even an obligation for these courts to contribute to the respect of their competences by the EU institutions and this not only by a preliminary reference of legality to the CJEU, but also by substituting themselves for the latter in case it does not convincingly justify a refusal to annul an EU act. This view, which is held by some German public law scholars, has been rejected by the majority of scholars in other Member States, as well as by German EU law scholars.

This thesis was recently set out in an article signed, inter alia, by the Judge-Rapporteur in the PSPP case on 5 May 2020,4) an article which may have inspired the drafters of the Government’s defence briefs in French Data Network et al.

In this case a first preliminary reference had been made by the Conseil d’Etat to the Court of Justice in August 2018, to which the Court had replied in its judgment of 6 October 20205). These were references from the Conseil d’Etat and the Belgian Constitutional Court concerning the obligations of generalized and undifferentiated retention of traffic data and location data to safeguard national security and fight terrorism.

Fearing the annulment of a series of decrees deemed indispensable by the Ministry of the Interior in the fight against terrorism, the Government replied in its pleadings, filed between January and April 2021, that „the answer given by the Court of Justice of the European Union to the preliminary questions put to it manifestly disregarded the principle of attribution provided for in Article 5 of the Treaty on European Union by encroaching on the competences belonging to the Member States by virtue of Article 4(2) of that Treaty and, […] that this response is not such as to guarantee the effectiveness of the constitutional objectives of safeguarding the fundamental interests of the nation, preventing offences and tracking down the perpetrators of criminal offences and combating terrorism, which are part of the constitutional objective of protecting public order”.

What is striking about the judgment of 21 April is not only the brevity of the Conseil d’Etat’s reply to the Government’s memorandum – in keeping with the style of the French Supreme Administrative Court – but above all the reference to Article 91 of the Rules of Procedure of the Court of Justice: It is a full recognition, in a few words, of the principle of primacy of Union law. The Conseil d’Etat therefore refrains from entering into the interpretation of Article 4(2) TEU, according to which „(t)he Union shall respect the equality of Member States before the Treaties as well as their national identities, inherent in their fundamental structures, political and constitutional, inclusive of regional and local self-government. It shall respect their essential State functions, including ensuring the territorial integrity of the State, maintaining law and order and safeguarding national security.”

In my opinion, this wording is an implicit recognition of the monopoly of the Court of Justice in the authentic interpretation of the Treaty, contrary to the ruling of the BVerfG of 5 May 2020 in the PSPP case.

The Conseil d’Etat’s judgment of 21 April refers to a specific passage in the Court of Justice’s previous judgment: „It is further apparent from paragraph 135 of its judgment of 6 October 2020 that the responsibility of the Member States for national security, within the meaning of Union law, corresponds to the overriding interest in protecting the essential functions of the State and the fundamental interests of society, and includes the prevention and repression of activities of such a nature as seriously to destabilise the fundamental constitutional, political, economic or social structures of a country, and in particular to directly threaten society, the population or the State as such, such as, in particular, activities of terrorism».

The Conseil d’Etat’s ruling is therefore the second piece of good news of the day on 21 April 2021: the first was that the BVerfG finally rejected as inadmissible the application for interim measures to suspend the German law ratifying the decision on the own resources required for the Recovery Fund: unlike the Conseil d’Etat, the BVerfG does not hesitate to take its time when ruling on the merits of such an application.

It is very likely that the judgment of the Conseil d’Etat of 21 April 2021 will be criticised for stressing that „the French Constitution remains the supreme norm of national law” as the press release states. However, this is a traditional position, which corresponds to that of the other constitutional and supreme courts and which merely underlines the obvious. This does not prevent the recognition of the principle of primacy.

The Conseil d’Etat, in its ruling of 21 April, partially annulled the contested decrees, with an injunction to the Government to complete some of the non-cancelled provisions within six months if it wished them to be maintained. This was a compromise between the applicants‘ positions and the needs of the fight against terrorism as set out by the Government.

In point 5 of the judgment, the Conseil d’Etat states that „while enshrining the existence of a European Union legal order integrated into the internal legal order, under the conditions mentioned in the previous point, Article 88-1 confirms the place of the Constitution at the top of the latter. It is up to the administrative judge, if necessary, to retain the interpretation that the Court of Justice of the European Union has given to the obligations resulting from Union law, in the reading that is most in conformity with the constitutional requirements other than those resulting from Article 88-1, insofar as the statements of the Court’s judgments allow it. In the event that the application of a European directive or regulation, as interpreted by the Court of Justice of the European Union, would have the effect of depriving of effective guarantees one of these constitutional requirements, which will not benefit, in Union law, from equivalent protection, the administrative judge, seized of a plea in law to that effect, must set it aside to the strict extent that respect for the Constitution so requires”.

This is a reference to the case law developed by the Conseil d’Etat since the Arcelor case6). According to this case law, which can be seen as a French version of the Italian Constitutional Court’s doctrine of contro-limiti, if there exists in EU law, either in primary law or as a general principle of law, a fundamental right equivalent to that guaranteed by French constitutional law (in the Arcelor case, this was the principle of equality), EU law as interpreted by the Court of Justice must be applied. Only if such a right does not exist in both legal systems (e.g. the principle of laïcité), French constitutional law applies, if necessary by not applying a European norm.

In this case, the Conseil d’Etat did not refuse to apply the EU law, stressing that “as of the date of this decision, and as long as the existence of a serious threat to national security justifies the generalized and undifferentiated retention of connection data, the application of European Union law, by leading to the disregard of national law, does not deprive the objectives of constitutional value invoked by the Prime Minister in his defense of the law of effective guarantees”.

The judgment of 21 April is particularly long (39 pages) – as the substance of the issues is very complex – with numerous references to the GDPR and the ePrivacy Directive, as well as an abundance of quotes from the case law of the Court of Justice. A much more in-depth study, supported by the conclusions of the Rapporteur public (the equivalent with the Conseil d’Etat of the CJEU’s Advocate General), would be necessary to understand whether, and to what extent, the Conseil d’Etat should have made a second reference for a preliminary ruling as the Italian Constitutional Court did in the Taricco case. This could have led to the annulment of a larger number of contested provisions.

What is important at the moment is the clear refusal to control the „ultra-vires“. 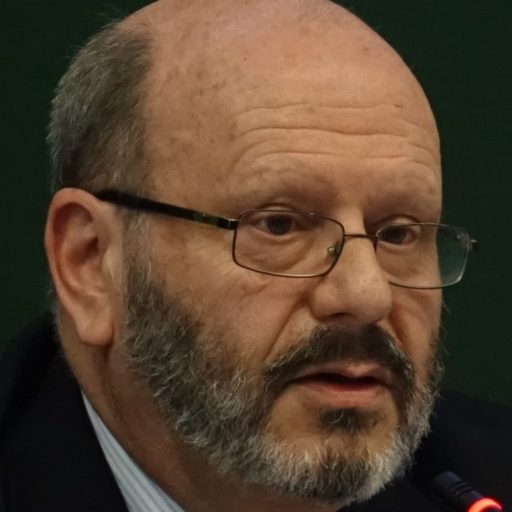 Other posts about this region:
Europa, Frankreich 2 comments Join the discussion
pixel_not_set
Go to Top