Climate Citizenship and the Rural/Urban Divide

Proposals to extend citizenship to non-citizen residents are often defended at the local level and on the basis of democratic inclusion in a local community. Sometimes, the aim of these proposals, as the title of this Symposium suggests, is to challenge the sovereign authority of states which otherwise have a monopoly to decide who may participate as a member in the democratic constituency. Often, proposals to extend citizenship target restrictions on non-citizen residents in cities to participate in local politics, access rights to mobility and settlement, and get benefits to health and education. In this way, proposals for democratic inclusion of non-citizens have grown alongside arguments for more urban political power (see Magnusson).

Rainer Bauböck makes an especially compelling case for a reimaged citizenship within a multileveled governance structure that includes the city and urban citizenship. Urban citizenship is important, Bauböck argues because, at the local level, democracy can be maximally inclusive and open to non-citizens residents. As he puts it, citizenship based on residence rather than membership in the nation-state is “uniquely appropriate for cities” and a good way to enhance democracy.

The virtues of expanding citizenship at the local level are many. Such an expansion promises to amplify the voices of those who live in large and ever-growing urban communities and who, together, share the unique experiences of urban life from which they develop a distinctive ‘urban perspective’ on the world (see Barak). Where else but in the city can one find the mix of high and street-level culture, the intermingling of vast ethnic and religious diversity, everyday access to the newest technology, the best educational institutions, the most extraordinary cultural events and human achievements in art, architecture, and engineering? Advocates for urban citizenship, such as Avner de Shalit and Warren Magnusson, recognise in the city’s synergy a powerful and important kind of shared membership that may be underrepresented in national politics. They argue that this city-zenship requires that urban residents have better opportunities for effective democratic participation and better platforms to voice their perspectives nationally. Insofar as state sovereignty is hampering cooperative solutions to global problems such as climate change, urban democracy could provide a helpful corrective.

Bauböck is certainly correct to point to the failures of the state. But, along with several other contributors (see, e.g., Hase and Lenard), I am deeply skeptical that enhancing urban democracy will help meet the global challenges we confront today. At least in the short term, enhancing the power of cities could well worsen our current circumstances. This is because, today, climate change has deepened and entrenched a class-like division between urban and rural dwellers, and led to political struggles between these groups, which have become amongst the most significant obstacles to reaching cooperative and integrative solutions to climate change.

The urban-rural struggle and climate change

The problem of urban citizenship is often framed in relation to two observations: 1) that municipalities do not have enough political or constitutional authority in many democracies despite their demographic heft (see Kohn) and, 2) that rural populations are often democratically overrepresented in national legislatures. Add to this, attitudinal or value differences between the urban and the rural: as Bauböck characterises it, between those who favour “more open or more closed states and societies; between those embracing cultural and gender diversity and those asserting conservative national and religious values; between those who worry about the climate crisis and those who worry about their traditional ways of life.” The subtext in many arguments for enhancing local democracy and urban power is that municipalities need greater powers in order to shield themselves from the democratic clout of traditional, conservative and, now, populist rural voters (see also Lenard).

In no small measure, these value differences, between rural and urban people, can be traced today to the impact of climate change on the typical livelihoods and lifestyles of each group. Throughout North America and Europe, rural communities are often tied to environmentally unsustainable economies (e.g., forestry, conventional farming, mining, oil and gas extraction, fishing and related industries) whereas their urban co-citizens enjoy access to lifestyles of eco-sustainability. It is important not to exaggerate this difference nor to overlook the exceptions to it (see Hase; Magnusson). Nonetheless, one reason rural and urban dwellers do not see eye to eye at the ballot box is because their fates differ significantly in relation to current and impending climate change.

Life in urban centres increasingly revolves around programmes to enhance (or appear to enhance) sustainable living such as public transportation, recycling, organic foods, green buildings, and electric cars. Oftentimes, municipal governments are preoccupied with projects to make the urban lifestyle ecologically attractive. Consider, for instance, a recent comment by a municipal councilor in Vancouver about the city’s budget allocation of 6.8 million Canadian Dollars to climate change initiatives: “[w]e’re in a new era. The era of doing just streets, sewers, roads, fire, policy – that is over” (Global Mail, BC edition, Dec19, 2019). The urban lifestyle has modelled itself on eco-entrepreneurship and the values of a class of eco-elites for whom esteem is rooted in leading a low impact, environmentally sustainable way of life.

By contrast, rural dwellers are, overall, climate ‘losers’, and losers in this new culture of eco-esteem. Whether they deny climate change or, more often, see it as inevitable and unstoppable, rural dwellers, and certainly rural towns and villages are tied to ways of life that are ecologically unsustainable. And many of them know it. Today, rural peoples are witness to their political, economic and cultural marginalisation (see also Lenard). They recognise the denigration of their own values in relation to the ascendance of an urban eco-elite. They see their livelihoods dwindle as the wealth of a new class of ‘climate entrepreneurs’ accumulates – a wealth built on turning their farm land into wind and solar farms, replacing their markets for meat with ‘beyond meat’ products, seeking the obsolescence of their jobs with cars and buses that run on electricity rather than oil and gas, and which they cannot repair without a computer console (see Carlson 2019). Whereas urban folk embrace these innovations and the entrepreneurs that develop them, rural folk are alienated and economically disadvantaged by them. Unsurprisingly, many are resentful about being left behind. Backlash at the polls is one outcome of this alienation and one source of the destructive ‘populism’ Bauböck discusses.

Insofar as this divide captures part of our politics today, the democratic challenges we face are significant and cannot be met merely by expanding democratic inclusion. One challenge is to control the culture of eco-esteem that has mobilised both populations in struggles to advance their divergent values. In this respect, attempts to shield urban dwellers from rural political clout may be counterproductive and could lead to a backlash. Attempts to rewrite the citizenship narrative must be sensitive to processes of eco-ascendance and marginalisation. Failure to recognise that amplifying the voices of one side comes at the cost of the other could prove disastrous.

A second challenge is to recognise that responding to climate change has become predominantly a project of capitalism. Global warming may be ‘a dire emergency but it is also an opportunity to make a killing” (Vettese, 2019). This second challenge requires, in part, controlling the transfer of wealth from those engaged in traditional economic activities on the farm, in the mines, forests and oil fields to the eco-entrepreneurs whose technological fixes are favoured solutions to the climate catastrophe. Urban centres must be willing to take on part of the financial burden that climate change is imposing on rural communities.

A third (but, by no means final) challenge is to democratically include in conversations about how to meet the global challenge of climate change a large and disaffected group of rural-based marginalised people who see themselves as ‘climate losers’, whose values are disesteemed by the mainstream culturally dominant urban dweller, and whose ways of life are being phased out. These conversations rely on the development of solidarity and a sense that we share a destiny. For a start, they can be built through partnership programs between urban and rural centres established by public and private institutions such as universities, museums, libraries, and archives (see Hase or e.g. Cornell University’s Rural Humanities program run by the Society for the Humanities).

As Bauböck recognises, the nation state has the capacity to guarantee stability of citizenries across generations and can cultivate a sense of citizenship responsibility for the future. These capacities rely on overcoming the culture of esteem/disesteem that sets urban against rural. To enhance the power of cities to enjoy more power and more networks that are exclusive of those who live outside the city solves nothing. Kohn reminds us not to conflate urban power with social justice. To extend municipal participation rights to non-citizens is neither a curse nor cure for today’s global challenges unless this new narrative of citizenship helps to build bridges between the urban and rural and thereby helps to develop integrative solutions to the challenges we face. 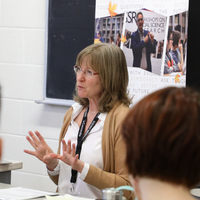