Germany and Greece agreed upon slowing down the family reunification procedures under the Dublin III Regulation (Regulation (EU) Nr. 604/2013), with many doubts surrounding the exact terms and conditions of the agreement. The German government did not confirm reports stating there was a monthly limit of 70 Dublin transfers from Germany to Greece. But the numbers provided by the German government itself show a sharp decline of the numbers of transfers. In a letter from the Greek Minister of Migration to his German counterpart concerning the agreement he speaks of a ‘temporal limit of the number of persons to be transferred by month’. The German government by its own account does not intend to reduce the number of family reunifications from Greece, just the speed. Against this background, it is well worth looking at the legal boundaries of the German-Greek agreement.

The so-called ‘Dublin transfers’ take place in cases where an EU Member State other than the state of residence is responsible for an asylum seeker’s claim according to the criteria laid down in the Dublin III Regulation (Dublin III). To understand the agreement`s regulatory core it is important to call to mind the important provisions that allocate responsibility for asylum procedures within the European Union.

One of the most cited provisions is Art. 13 Dublin III which states that if an applicant has irregularly crossed the border into a Member State having come from a third country, the Member State entered shall be responsible for the asylum procedure. But, under Dublin III, family unity provisions are to be applied prior to Art. 13. In case an asylum seeker lodges an application for international protection in Greece but has family members in Germany, who are asylum applicants themselves or beneficiaries of international protection, the responsibility of the asylum claim falls upon Germany (Art. 9 and 10 Dublin III). The family members considered for such purpose are the spouses, as well as minor children and parents (cf. Art. 2 (g) Dublin III). In the case of unaccompanied minors (Art. 8 Dublin III) as well as for the purpose of the humanitarian clauses contained in Art. 16 and 17 (2), the presence of other relatives is also relevant.

Due to these family unity clauses, Germany is responsible for a high number of asylum seekers who find themselves in Greece. The Greek Minister of Migration estimates their number to be more than 2000 people.

The Right to be Transferred in Time

Certain deadlines shall be respected in the Dublin procedure: according to Art. 21 (3) Dublin III, the request to take charge needs to be submitted to the responsible state within the first three months from the date of the lodging of the asylum application. The transfer itself has to take place within the first six months after the acceptance of the request to take charge by the responsible Member State (Art. 29 (1) Dublin III). In case of a delayed transfer the responsible Member State could reject the transfer, and the responsibility would fall back on the country of residence of the applicant.

In the case of family unity it is even more obvious that any deadline is not only an organisational rule governing the relation between Member States but a core interest of the affected persons. For sure, these constellations are different from the ones covered by Art. 13 Dublin III. There, the question often is whether applicants can proceed against a transfer back to the Member State first entered into (for example from Germany to Greece or Italy). But since it got harder to move on irregularly from Southern European countries to reach family members elsewhere, there are many cases in which applicants actually demand their transfer to other EU Member States. However, the argumentation cannot be different in these “reverse” cases – the individual right to a correct application just includes the transfer in time as part of applying the criteria correctly.

In summary, Art. 8-10 Dublin III grant an individual right to be transferred eleven months after lodging the claim for international protection. This overall deadline results from time-limits the Regulation provides within the Dublin procedure (Art. 21 (1), 22 (1), 29 (1) Dublin III). But since delayed transfers already occurred before the introduction of monthly numerical limits, even more are to be expected now that another 2000 asylum applicants are said to be waiting for their transfer in Greece and in case there is in fact a monthly time limit set to 70 persons per month. And every delay violates the applicants` rights under Dublin III.

It would, however, be possible to ensure that the transfers happen on time. According to Art. 7 (2) lit. a of the EC Implementing Regulation 1560/2003, there is the possibility to hand out the so-called ‘laissez-passer’ to affected applicants in order to enable them to independently travel to the responsible Member State such as Germany within a period stipulated. This would be an easy option for Greece to speed up the family reunification procedures.

Rejecting Delayed Transfers in Order to Keep People Away?

But how does the legal situation after the expiration of every possible deadline look like? Is it to be considered a generous act of the German government to accept transfers even if the deadline already passed?

If one of the deadlines described above expires, the responsibility would fall back to Greece – at first glance. There are, however, compelling reasons against such expiration under the family unity provisions of Art. 8-10 Dublin III. Recital 14 of the Regulation reads: “In accordance with the European Convention for the Protection of Human Rights and Fundamental Freedoms and with the Charter of Fundamental Rights of the European Union, respect for family life should be a primary consideration of Member States when applying this Regulation”. Disregarding the family unity provisions by allowing the responsibility of Germany to shift back to Greece is in clear contrast to this recital.

The recital as well as the priority of the family unity provisions within Dublin III show that the regulation itself places great value on family unity. The overall scheme of Dublin III and the principle of effet utile therefore demand the realisation of family unity. And this is possible even after a deadline has expired: Germany could make use of the humanitarian clause of Art. 17 (2) Dublin III. This clause shall be applied in cases where a literal application of the regulation`s provisions would lead to a separation of family members.

The cited recital 14 refers to Art. 8 of the European Convention of Human Rights (ECHR), which establishes – inter alia – the right to respect for family life. Following the reasoning of the ECtHR, one could argue that Art. 8 ECHR does not generally guarantee a right to enter and reside within an EU Member State simply because of family ties (see Nada, para 164; Rodrigues da Silva and Hoogkamer, para 39). However, the differentiated jurisdiction regarding Art. 8 ECHR and family unity cannot easily be transferred to the Dublin system. The situation under Dublin is different than for example a visa application from a third country. Under Dublin III, Member States apply a clear system for allocation of responsibilities for asylum applications. If a Member State allows that the deadline – in which family unity is supposed to be achieved – expires, it violates the existing right to a correct application of the Dublin provision and thereby the right to family unity.

Sovereign interests of the Member States for such an intervention are not evident: by establishing an allocation mechanism within the European Union the Member States delegated their competency for migration management to the European level. In summary, the discretion in applying the humanitarian clause in expired cases is limited to only one possible lawful decision (see here for more details – available only in German). As a consequence, Germany is not allowed to refuse delayed transfers that are based on family unity provisions, but has to realize the transfer under Art. 17 (2) Dublin III.

The question is: what are adequate legal measures against the obvious risk of delayed transfers and families being separated longer than legally permitted?

Firstly, the German-Greek agreement can be seen as an administrative arrangement falling within the scope of Art. 36 (1) of Dublin III. This provision facilitates the simplification of the procedures and the shortening of time limits; it does not, however, allow to bilaterally amend the deadlines of a procedural act, not even indirectly. If the agreement leads to an even higher number of delayed transfers, the EU Commission should notify Germany and Greece about the incompatibility of the agreement with the Dublin Regulation under Art. 36 (4) Dublin III. In reply to questions from our organisation, the refugee law clinics abroad, the Commission, however, stated that it was not even notified about the agreement as required by Art. 36 (5) Dublin III. The Commission deemed the agreement not an administrative arrangement as defined by Art. 36 (1) Dublin III. But since this provision includes all agreements regarding the practical details of the implementation of the regulation, this assessment is not reasonable.

Secondly, the respective applicants could take their cases of delayed transfers to Greek and German administrative courts. In such cases, the question of who is responsible for the delay arises. On a political level, the letter of the Greek Minister of Migration seems to deny any political responsibility of Greece. On a legal level, Art. 29 (1) Dublin III does not seem to provide an answer either: on the one hand, the transfer is to be carried out in accordance with the national law of the requesting Member State (Greece), on the other hand a consultation of the two states concerned is necessary beforehand. While submitting the request to take charge on time is clearly a responsibility of Greece, processing the request without delay is a task of Germany. In contrast, the transfer itself is rather a shared act. Still, Greece bears the responsibility for the most important action of initiating and executing the transfer.

Germany – a Model for Solidarity?

Discussing the Greek-German agreement, it is important to point out a connection to the question of solidarity within the Common European Asylum System. Based on Council Decisions (EU) 2015/1523 and 2015/1601 Germany has to relocate about 27.000 asylum seekers from Italy and Greece. The German government in the meantime “relocates” family reunification cases, as the EU Commission reported, to increase their relocation numbers (see 11th report Relocation and Resettlement, p. 6). As these were all people for whom Germany would have had to take responsibility under Dublin III, Germany played a trick on the statistic level.

It is prohibited under the family unity provisions of Dublin III to refuse a transfer only because of the delay of any given procedural step. Furthermore, delaying any step of the transfer procedure itself also violates the Dublin provisions. The EU Commission should not ignore its responsibility to examine the legality of the agreement and take respective actions.

The Greek-German administrative agreement illustrates two recent trends: firstly, delaying family reunification procedures through administrative or legal obstacles is not a novelty. Indeed, the agreement stands in line with the long delays for appointments at embassies outside the EU or the suspension of family reunification for beneficiaries of subsidiary protection in Germany. Secondly, there is a highly concerning trend to adjust legal provisions to political objectives. Political pressure is on Greek authorities to implement the political agenda of the EU Commission and on Germany, especially regarding the so called EU-Turkey Deal. The asylum seekers in Greece are already in danger because of the dire conditions in Greek refugee camps – the EU and Germany should care more about their situation.

Other posts about this region:
Deutschland, Europa, Griechenland 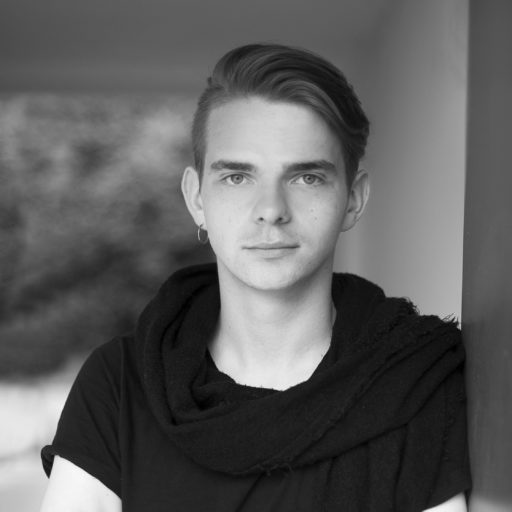 Vinzent Vogt Vinzent Vogt is a member of the Research Unit Migration Law at the Martin Luther University Halle Wittenberg and a board member of refugee law clinics abroad e.V.

Other posts about this region:
Deutschland, Europa, Griechenland No Comments Join the discussion
Go to Top