In May 2021, the German Federal Government released its white paper A Multilateralism for the People, in which multilateralism was identified as necessary to the Federal Republic’s ‘prosperity, security and its ability to exert influence and act on the international stage’. This followed a series of strategic statements extending back to a 2016 white paper On Security Policy and the Future of the Bundeswehr that, when read together, sought to acknowledge Germany’s ‘responsibility to help shape the global order in line with its resources and capabilities’. Yet, the Zeitenwende of 27 February 2022 is, in effect, an admission of a gap between long-recognised interests in multilateralism and international law, on the one hand, and the sufficiency of foreign and defence policy strategies for upholding them on the other. A primary commitment to the modes of multilateralism and underlying legal obligations is no longer sufficient—if indeed it ever was—and Germany’s forthcoming National Security Strategy must address the more arduous political and military obligations necessary to make such a system possible. The turning point is, in short, the realisation of commitments deeply embedded in national foreign policy identity, which emerges as the foundation for broad legitimacy in the policy revolution.

Russia’s invasion of Ukraine directly challenges the multilateral vision for a global legal order, which thus must either be defended through real and equivalent power, or be consigned to mere idealism. ‘Multilateralism’ in German foreign policy encompasses a commitment to both ‘binding rules and effective multilateral institutions’, which have been articulated as ‘the most important principle for international order’. However, as Hanns Maull rightly observes, there is no singular meaning of ‘multilateralism’, which is unavoidably ‘embedded in political contexts, on whose normative foundations national and international political orders rest’. In the German case, this is widely understood as a specific commitment to liberal and democratic values as enshrined in international legal and political norms—more often expressed in the notion of the ‘rules-based international order’. This thus also represents a contestable vision for order, with Foreign Minister Annalena Baerbock concluding her launch of the National Security Strategy process by calling to counteract Russian aggression through ‘an alliance of liberal democracies worldwide’.

The intertwining of domestic political systems and international law is symptomatic of an era in which geopolitical fault lines are increasingly translating into fragmented interpretations of the most basic rules and values of global legal order. In the weeks leading up to war, Russia and China released a ‘Joint Statement’ intended to serve as a manifesto for a long-envisioned alternative global order. The Statement crucially advocated a definition of ‘sovereignty’ in which each state’s subjective perception of its ‘peoples’, or even its ‘civilizational, cultural and historical’ reach, defines a zone of ‘non-interference in internal affairs’ that is coterminous with respective spheres of influence–plainly written with the impending Ukraine invasion in mind. This would threaten even the thinnest conceptions of international law as a mere ‘law of coexistence’, in which states must, at minimum, agree to respect one another’s sovereignty and territorial integrity. Thus, contrary to widespread assumptions that political, economic and cultural engagement would draw non-democratic states into the rules-based order, the Joint Statement is confirmation of Sino-Russian resolve to instead shift global legal order towards their own systems of governance–including now through application of military violence.

Faced with this challenge, German policy has to date revealed a ‘strategic deficit’ between its commitment to engaging a rival within a common system of international law, and what it will take to protect that system itself against a ‘systemic rival’. The 2016 white paper on security policy and the Bundeswehr summarised core national ‘security interests’ to include protecting the citizens, sovereignty and territorial integrity of Germany and its allies, and ‘maintaining the rules-based international order on the basis of international law’. Likewise, the Federal Foreign Office’s 2017 Guidelines on Preventing Crises, Resolving Conflicts, Building Peace stated that it was ‘essential to take a responsible role in shaping the new global balance of power’ and, specifically, the ‘imperative to face up to those who question the standards of international law such as the ban on annexations’. Yet, the combined effect of official strategic documents is to demonstrate the extent to which military force remains primarily conceived in terms of a reactive crisis management function, rather than as a form of power for stabilising or deterring threats to the multilateral system itself. All documents strongly condemn Russia’s 2014 annexation of Crimea as a ‘violation of international law’, but in material terms, cite limited responses such as stationing (reportedly under-resourced) troops in Lithuania, and the provision of 40 observers to the OSCE Special Monitoring Mission to Ukraine. The strategic disconnect between the systemic threat posed by Russia since 2014, and the inadequacy of hard power responses, makes for sobering reading in light of recent events.

The crisis has elevated the coalition government’s promised National Security Strategy to a matter of urgency, which must now articulate in precise terms the value of the international legal order as a national security interest and the strategies necessary for its vitality. Little guidance is provided in a new EU strategy, which declares ‘an unprecedented resolve to uphold the principles of the UN Charter and restore peace in Europe’, yet offers such insufficient measures as a Rapid Deployment Capacity of 5000 troops by 2025. The drafters might instead look across the Atlantic, where the US President periodically fulfils a Congressional mandate to communicate a conception of national security and the strategy for its attainment. Clearly much of the American context is unique, but one dimension can be instructive for Germany, which is the recognition, evident across the strategies of consecutive US administrations, that legal obligations and political obligations towards the legal system itself are two sides of the same coin. Thus, in its Interim National Security Strategic Guidance, the Biden Administration characteristically identifies core objectives as including both to ‘[p]romote a favorable distribution of power to deter and prevent adversaries…from dominating key regions’ and to ‘[l]ead and sustain a stable and open international system, underwritten by strong democratic alliances, partnerships, multilateral institutions, and rules’. The German outlook likewise must match its identified security interests in the legal order to the capabilities necessary to make it possible.

The realignment of legal commitments and strategic capabilities has perhaps been foreshadowed in the 2020 Policy Guidelines for the Indo-Pacific, in which Germany joined the growing number of states and regional organisations that seek to redress China’s challenge to regional order by endorsing a concept of the Asia-Pacific and Indian Oceans as a single geostrategic domain. According to proponents of the ‘Indo-Pacific’, strengthening multilateral cooperation in the region ‘dilutes and absorbs Chinese influence’ by design, not by excluding China, but rather by ‘incorporating it in one that is large and multipolar’. Crucially, the common touchstone among the Indo-Pacific strategies of diverse states and groupings, ranging from the EU, to ASEAN, to the US, remains commitment to upholding a ‘rules-based international order’. Thus, German security policy is already engaged in a transnational discourse about preserving regional balances of power, as the precursor to upholding a preferred conception of legal order.

Former Federal Minister of Defence Annegret Kramp-Karrenbauer explicitly acknowledged the need to place effective military power in the service of Indo-Pacific legal order, observing that partners ‘would like to see a clear sign of solidarity, in support of applicable international law, inviolable territory, and free shipping routes’. Berlin’s material response has centred on dispatching the naval frigate Bayern on a seven-month mission through the Indo-Pacific, which culminated by crossing the South China Sea in a show of commitment to ‘multilateral, rule-based principles and values’. This display of naval power can be described as tentative at best, but nevertheless points towards a process of strategic reckoning with the legal and military dimensions of credible commitment to the rules-based order. Lest there is any doubt about the interconnectedness of the global challenge, Chinese Vice Foreign Minister Le Yucheng recently described the war in Ukraine as ‘a mirror for us to observe the situation in the Asia-Pacific’. From that perspective, Le warned that the ‘Indo-Pacific Strategy is as dangerous as the NATO strategy of eastward expansion in Europe. If allowed to go on unchecked, it would bring unimaginable consequences, and ultimately push the Asia-Pacific over the edge of an abyss’. The words uncomfortably echo Putin’s implied nuclear threat that any NATO states considering intervening in Ukraine would face ‘consequences such as they have never seen in their history’.

Redefining the ‘Culture of Restraint’

In his speech of 27 February, Chancellor Olaf Scholz posed the heart of the issue as being ‘whether power is allowed to prevail over the law’ in Europe. In more precise terms, this must be understood as a question of whether power constrained by law can prevail over power unconstrained by law. Undoubtedly, there are grave perils in redefining a ‘culture of military restraint’ in the name of a preferred global order, which can entice a perspective of the world as something to be remade rather than reconciled with. Such hubris has encouraged catastrophic US interventions from Vietnam to Iraq, with Russia now appearing to have grossly overestimated the ease of remaking the European balance of power. Yet this only reinforces the legitimacy of explicitly connecting Germany’s new National Security Strategy to its established interests in preserving the existing multilateral system and international legal order—which leaves no room for any territorial or revisionist agenda. Both Russia and China have sought to demonstrate through their provocations that ‘Western responses will be insufficient, unpalatable, and unsustainable’: the task ahead is for Germany to achieve the balance that proves these calculations wrong. 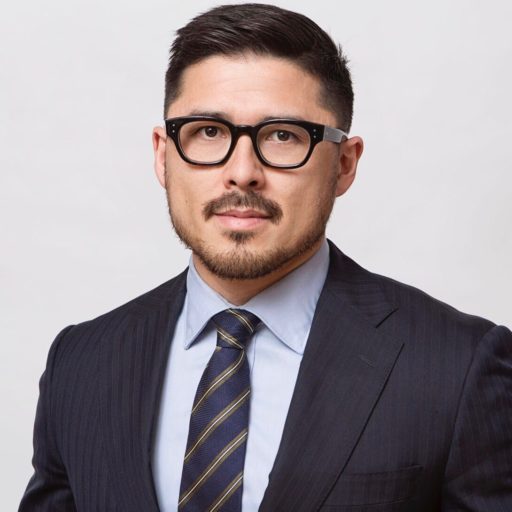