On 14 April 2022, billionaire Elon Musk came with one of his extravagant ideas: he offered to buy Twitter. According to Musk, who is already majority shareholder, the bid was motivated by his will to fully “unlock” the online platform’s potential as a space for free speech across the globe. Musk, who is self-declaredly a “free speech absolutist”, advocated for the need to free Twitter from its content moderation practices, which he perceives as an unwarranted and dangerous bridle to the marketplace of ideas, and promised many improvements, amongst which is the disclosure of Twitter’s recommender algorithm. His promises, which reflect in many ways the rationale behind Donald Trump’s executive order on preventing online censorship of 2020, have been welcomed especially amongst conservatives, who have often complained about being discriminated against by the platform. The South-African billionaire’s offer has sparked widespread criticism for the possible implications of subjecting a social media giant to the whims of a single, powerful man, and Twitter’s board was likewise not convinced.

This episode calls for a reflection on the future of online platforms as digital spaces for the flourishing of public debate and democracy. Internet platforms, especially social media, have come to play an essential role as spaces for individual freedom of expression. So much so that, within the European Union, legislative attempts have been made to develop a regulatory framework capable of fostering democratic values on platforms, informed by due process requirements, safeguarding the fundamental rights of people. Against this backdrop, Elon Musk’s offer shows how the complex constitutional balances progressively incorporated within Internet infrastructures in the last years may be at the mercy of private, rich shareholders because of the neoliberal and private ownership-oriented rhetoric that still dominates the narrative around online platforms, especially in the US. In this sense, the disconnect between what ultimately seems a public utility function and the private governance thereof could potentially lead to problematic outcomes from a constitutional standpoint.

On 4 April 2022, Musk had announced that he had bought over 9% of Twitter’s stock, thus making him the greatest shareholder of the social media giant. He was thus invited to join the corporation’s board, a move which would have prevented him to own more than 15% of the company. Musk, however, declined the seat. A few days later, declaring that the company would not, in its current form, thrive nor serve its societal imperative “to be the platform for free speech around the globe”, he launched a hostile takeover bid for $43 billion dollars. The offer was equivalent to $54.20 per share, that is with a 38% premium over the market price of the shares on 1 April 2022, though business analysts stated that the bid was evidently under-priced if compared to Twitter’s average stock-market value throughout the last year.

On Friday morning, Twitter’s board met to plan a response to Musk’s offer. The choice was, eventually, to adopt a so-called “poison pill”, that is a shareholder rights plan allowing shareholders to buy discounted stock. Such a manoeuvre represents a strategy to block a hostile takeover attempt by grossly raising its costs. According to business experts, the decision taken by Twitter will highly reduce the possibility for Musk to obtain control of the whole company. Nonetheless, it is still too early to predict what might be Musk’s future actions.

Constitutionalising Forces Across the Atlantic

Regardless of the outcome of Tesla’s CEO’s attempt to change Twitter, the episode offers an insight into the delicate power dynamics governing prominent digital fora. In the last years, social media have more and more become central platforms for public debate and the enjoyment of freedom of expression. Their function within democratic processes has thus led to a scholarly and political debate as regards their governance, with different outcomes across the two sides of the Atlantic.

In the EU, a shift has progressively taken place from the liberal approach of the beginning of the century, thus defining the rise of European digital constitutionalism. After the 2016 Brexit vote and American elections, the European Commission fully acknowledged the impact of the Internet and of social media, in particular, on public debate and on electoral processes. Within its 2020 Democracy Action Plan, the Commission thus planned to take appropriate measures to reduce the levels of information pollution and to try and discourage the transformation of the Internet into a cesspool. The December 2020 proposal for a Digital Services Act (DSA), together with the twin proposal for a Digital Markets Act (DMA), possibly represent the clearest example of the attempts put in place by Commission to steer the development of the digital environment. In this sense, the approach taken by the European Union has been constitutional at its core. If constitutional law represents the backbone of a state’s legal order, the regulatory efforts of the Commission have the goal of building the inner infrastructure of the digital space, and of setting the rules for the power dynamics therein. To a certain extent, European institutions have come to treat social media and online intermediaries as forms of quasi-public utilities, and this emerges in various DSA provisions trying to set some due process requirements for content moderation.

In the US, on the other hand, the approach has been sensibly different. The renowned Section 230 of the Decency Communications Act (DCA) of the late 1990s still represents the driving principle of Internet regulation. Shielded by the safe harbour doctrine inherent within that provision, social media have been able to thrive and develop unbridled. Online platforms thus rapidly gained power as the third, central actor in free speech dynamics which can be represented as a triangle between state and individual. On social media, it is the law of the platforms, generally enforced through the aid of technology and artificial intelligence systems, that governs speech and freedom of expression. The building of the Internet and of its internal dynamics has been mainly left to the discretion of private actors.

In other words, whereas the European Union has attempted to guide from above the constitutional developments of the Internet and of the new digital forums, the US approach has been largely driven by private actors. On the east side of the Atlantic, public constitutional forces have increasingly made their entrance into the construction of the online environment, whereas, on the west side of the Atlantic, private constitutional forces have mainly played their part. Whereas in Europe the limits of online speech were set by public authorities, in the US, the choice of what can and cannot be said on the Internet was left entirely to the discretion of private corporations.

Within this complex framework, Elon Musk’s attempt to buy Twitter represents a new tile of the puzzle. As mentioned above, Musk explained his desire to make it an unbridled platform for free speech, more in line with the US constitutional framework. By owning Twitter, he would be able to set the rules of the game himself, thus acting as a constitutionalising force of the Internet himself. This shows, ultimately, the frailty of the system: given the private nature of social media and online platforms, the rules governing their infrastructure are subject to and depend on who owns the most shares. The future of the Internet could be in the hands of private, powerful individuals, capable of influencing (or quashing) any constitutionalising attempts contrary to their own personal beliefs and ideas. In this sense, private individual ownership represents a third type of constitutionalising force of the Internet, building what may be referred to as the “rule of the shareholder”.

The episode of Musk’s bid represents an important warning, and bears with it the need to reframe the debate on the nature of social media and online platforms as quasi-public utilities. Indeed, although quite unanimously rejected until quite recently, especially in the US, the recognition of those platforms as quasi-public utilities may well reflect the current state of things, where social media have become possibly the most important arena of public debate.

Especially across the Atlantic, social media have been left free to develop as private actors and, as such, to decide on a private basis about the limits of acceptable and non-acceptable speech. As commented by Shoshana Zuboff in a tweet, the result of this governance choice has been that “people, society, & democracy are at the mercy of the individuals who exercise ownership and/or executive control over information”. According to the scholar, the absence of a regulation of social media risks being a threat to the advancement of democracy itself, because of how dependent important platforms for free speech are today on single, private, powerful owners.

The current organisational structure of online platforms, based on private ownership and governed by market logics, seems to be, to a certain extent, at odds with the increasingly public and societal function of online platforms and social media, in particular. The main risk is ultimately that of leaving the power of governing global speech to single private individuals, something which represents, once again in the words of Zuboff, “a shameless distortion of the First Amendment and Bill of Rights”.

Besides, although Musk presented himself as a champion of free speech against the malfunctioning of Twitter’s content moderation and content recommendation practices, some doubts may arise. On the one hand, some have already pointed out that though the billionaire defined himself as a free speech absolutist, he has proven to be in many cases intolerant of dissent, having in the past tried to silence a black Tesla employee who alleged workplace discrimination and fired a woman who had described the presence of systemic harassment within the company. On the other hand, more subtly, the possibility of governing the media, and thus governing the distribution of information itself, represents an extraordinary tool to influence the population.

Besides, even if Musk’s intentions were indeed driven by a genuine will to improve the Twitter as an instrument for democracy, those goals would have to face important challenges. Removing content moderation practices, as mentioned above, would open the gates for potentially dangerous and harmful content, such as hate speech and disinformation: a choice which has been criticised by many in that it would lead Twitter to become a haven for toxic content. Moreover, technicians have highlighted that making recommender algorithms public would inevitably imply sharing vast amounts of data concerning users, a solution which would potentially have an important impact upon individual rights to privacy and data protection.

The choices made by a single person could thus have serious collateral effects on the everyday lives, and fundamental rights and liberties, of individuals all around the globe, and potentially clash with non-US regulations and policies, such as those implemented by the European Union. This is the result of the existence of a disconnect between the public, political, and democratic effects that Internet and social media have today and the private and commercial logics that still dominate the discourse concerning online platforms and social media. And this is part of a broader constitutional distance between the US and the European Union to address the challenges raised by social media. Even if the European model is increasingly influencing the US approach, the two sides represent different expression of digital constitutionalism across the Atlantic. Against this backdrop, the concrete risk is that of handing over the Internet, the centre of today’s public debate, to the hands of a powerful few, with potentially problematic consequences for the well-being of democracies and in the absence of those safeguards that are characteristic of a constitutional framework. 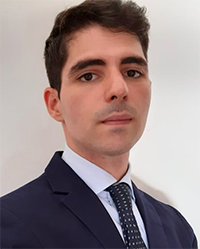 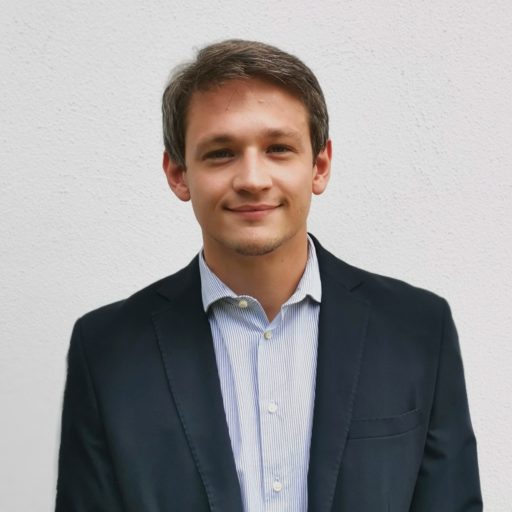