Russia’s war of aggression against Ukraine is a violation of fundamental principles of international law, including the prohibition of the use of force, the territorial integrity of states, and the principle of non-intervention. Putin’s alleged arguments to conduct a “special military operation” to “demilitarise and denazify” Ukraine revolve around protecting the people of the Donbas, including citizens of the Russian Federation, “facing humiliation and genocide.” The genocide leitmotiv is not new, as it was already put forward to justify the Russian military intervention in Georgia in 2008.1) In the framework of protecting Russian compatriots abroad, one of the tools Russia used to justify its political and military engagement in the post-Soviet space has been “passportization.” Passportization is a fast-track extraterritorial naturalization en masse of citizens residing in contested territories of a third country. 2) This policy effectively created Russian citizens in the contested territories of neighbouring states, like in Georgia and Ukraine, in the context of protracted conflicts of secession. In Ukraine, Russia initially justified this policy on humanitarian grounds and as a temporary measure until the resolution of the conflict in Donbas.

Passportization and citizenship in contested states

Russia is not the only state who distributes passports to citizens of neighbouring countries. Relevant examples from Eastern Europe are Bulgaria and Hungary, which grant citizenship on proof of origin or ancestry and, for Hungary, language proficiency. Another one is Romania, which provides for a simplified procedure for acquiring citizenship for people who lost their citizenship and their descendants. This includes residents of Bessarabia and Bucovina who lost their citizenship due to the 1940 Soviet invasion. Similarly, Turkey and Armenia, respectively, offer their passports to the residents of the Turkish Republic of Northern Cyprus (Art. 42 of the 2009 Law on Citizenship) and the Republic of Artsakh (Nagorno-Karabakh, through a simplified procedure for ethnic Armenians).

In the case of Russia, however, passportization is a deliberate foreign policy practice. Russia is involved as a patron and protector of secessionist entities in protracted territorial conflicts in the post-Soviet space. Those entities can also be referred to as contested states, i.e. polities that show basic attributes of statehood such as a government in the form of a de facto regime, a population, and territory, but often lack full independence and widespread international recognition. Although there is no minimum amount of recognition requested to become a state, only a concrete possibility to become a member of the United Nations can qualify these entities as states.3)

Passports issued by contested states are generally not recognised as valid documents. Therefore, many residents of contested states willingly acquire the passport of their patron. Although nationality and passport are not legally speaking the same thing, the second is a strong indicator of the first. A criterion for a justified attribution of nationality under international law is the legal and political relationship between a state and a person, as ruled by the International Court of Justice in the Nottebohm case.

If not conducted forcefully, massive naturalization is not per se a violation of international law. Yet, the Russian modus operandi in East Ukraine has been considered an abuse of international legal principles like the self-determination of people, and a form of intervention into the domestic affairs of another state. Although a state cannot arbitrarily prevent one of its citizens to acquire another citizenship, it may do so when such factual relationship between the other state and the person is missing. Indeed, arbitrary attribution or deprivation of nationality does not conform to the state’s international legal obligations.

Passportization and Russia’s case for military intervention in Georgia

If we can identify a moment in time when the Russian passportization policy started, this would be the adoption of the Federal Law on Citizenship of the Russian Federation on May 31st, 2002. Art 14 of this law enables people who „have had USSR citizenship, and having resided and residing in the states that have formed part of the USSR, have not become citizens of these states and as a result, remain stateless persons“ to obtain Russian citizenship through a simplified procedure.

Many citizens of the former Soviet Union living in contested states turned to Russia to enjoy the freedom of movement granted by a passport and higher social benefits. By obtaining a Russian passport, these people became Russian citizens and „compatriots„, who had to be protected by the Russian Federation according to Art. 15 of the 1999 Federal law “On the state policy of the Russian Federation in the relations with compatriots overseas” and Art.7 of the Law on Citizenship. According to Russia’s law „On defence,“ this a responsibility to protect could legitimise the deployment of Russian troops.

Since 2002 Russia started its passportization policy and intensified it in the contested regions of Abkhazia and South Ossetia after the 2003 Rose Revolution in Georgia. Both regions fought wars of secession from Georgia during the early 1990s with Russian covert support, and in both regions, peacekeeping operations including Russian troops were deployed. By 2006 already 90% of the population of Abkhazia and South Ossetia held Russian passports. The Georgian refusal to allow the Abkhazian population to use a neutral UN laissez-passer contributed to the demand for Russian passports. Moreover, both Abkhazia (since 2005) and South Ossetia (since 2006) allow for dual citizenship only with Russia.

When Georgia undertook military action against South Ossetia’s provocations in August 2008, Russia reacted with a disproportionate military response against Georgia. Russia justified its military actions with Art. 51 of the UN Charter and its responsibility to protect Russian nationals in Abkhazia and South Ossetia from a Georgian “genocide.”

Russia then recognised the two contested states as independent states on August 26th, 2008. In this context, and as a response to the declaration of independence of Kosovo in the same year, Russia interpreted a provision of the 1970 Declaration on Friendly Relations among States as a legal basis for remedial secession (a secession hypothetically allowed in case of severe human rights violations committed by the central state).4) Yet, this view is not supported by state practice (as a constituent element of customary international law), nor by the EU backed International Independent Fact-Finding Mission on the Conflict in Georgia, which also rejected the Russian argument for intervention in a situation that Russia had engineered itself.

Passportization of the Donbas since 2019

Five years after the self-proclamation of the separatist “People’s Republics” of Donetsk and Luhansk in spring 2014, Russia decided in April 2019 to allow residents of the separatist-controlled, Russian-backed parts of these two Ukrainian regions to become Russian citizens via a simplified procedure with Presidential Decrees 183 and 187. In July 2019, the fast-track procedure was extended to residents of the Donbas territories controlled by the Ukrainian government. By mid-August 2021, the approximate number of newly passportized Donbas residents appeared to be about 530,000—around 250,000 in the LPR and 280,000 in the DPR. Internationally, these passports are not recognized as valid travel documents. The European Council argued that this policy violated the Minsk Agreements. But Russia never considered itself part of the agreements despite having signed them, regarding itself as a “facilitator” for their implementation.

The passportization of the Donbas can be seen as a multi-level tool of both foreign and domestic politics. Russia justified its policy with humanitarian principles. In November 2014, Ukraine stopped funding government services in the areas controlled by the Russian-backed militias. As a consequence, it stopped paying pensions, obliging pensioners from the area to take high-risk trips to the territories controlled by the Ukrainian government and to register as internally displaced people (IDPs). Since 2020, with the quarantine regulations introduced in the wake of the COVID-19 pandemic by both Ukraine and the DPR and LPR, crossing the contact line became even more difficult.

Moreover, already in March 2017, Ukraine introduced an economic blockade on the rebel-held region as a reaction to the rebel seizure of strategic industry, further deepening the cleavage between Ukraine and the Donbas region. By the end of 2021, the war in Donbas had cost over 14,000 lives. According to the UNCHR, in November 2021 more than 700,000 were internally displaced and about 1.6 million lives were affected by the conflict. Although people receiving a Russian passport did not lose their Ukrainian citizenship, their isolation proved fertile ground for the Russian policy, which was timed right at the beginning of Volodymyr Zelenskyi’s presidency in 2019 to put pressure on the president-elect.

Since then, Russia developed a policy of integration of the People’s Republics by allowing their residents to participate in the Russian elections and referenda for the first time in 2020. Until recently,5) however, their exceptional condition did not enable access to social benefits tied to residency on Russian territories, such as pensions or healthcare services.6) In contrast, in Abkhazia and South Ossetia, whose state budgets are heavily subsidized by Russia, provisions on pensions were introduced with specific interstate agreements in 2014 and 2015 respectively. Later Russia also signed agreements on healthcare treatment with the two contested states as a response to the Georgian policy to allow treatment of Abkhaz and South Ossetian in Georgian hospitals.

Ultimately, just as in Georgia, passportization worked as a tool of interference with Ukrainian sovereignty. The claims for the recognition of the People’s Republic and the beginning of the Russian invasion in Ukraine were similar, and in both cases supported by intense rhetoric about purported “genocide.” Already in April 2021, Dmitrii Kozak, the deputy head of the Russian Presidential Administration responsible for the Donbas, said that Russia would be forced to protect its citizens in the Donbas if the situation turned into a “massacre like in Srebrenica” committed by Ukraine. Kozak echoed Putin’s statement claiming that, in his view, the “situation in the Donbas resembled genocide.” Similar declarations were also made by the Ministry of Foreign Affairs, both by its spokeswoman, Maria Zakharova, and by Sergei Lavrov himself, and during the publicly broadcasted meeting of the Security Council of the Russian Federation on February 21st.

Finally, the Russian Ambassador at the UN, Vasilii Nebenziia, not only supported the argument that Ukraine is committing “genocide,” but claimed that Ukraine does not comply with the provisions of the 1970 Declaration on Friendly Relations among States concerning the principle of self-determination of people. Therefore, according to Nebenziia, the respect of sovereignty and territorial integrity would not apply to Ukraine. An unprecedented argument not supported in mainstream debates in Russian international legal scholarship,7) nor by the General Assembly Resolution adopted on March 1st against the Russian invasion of Ukraine.

Passportization is an instrument of foreign and security policy employed by Russia as a measure for meddling with neighbouring states affected by protracted conflicts of secession. The nature of contested states and their inevitable exclusion from the international community creates demand for citizenship and protection against the background of travel restrictions, socio-economic distress, and claims of “genocide” amplified by Russian state propaganda. Russia is eager to provide this service as long as the policy converges with its foreign policy goals. With this, the use of passportization in the preparation of military operations shows a distorted interpretation of peremptory norms of international law, consciously twisted to justify a use of force beyond reason violating UN Principles and state practice. Against this backdrop, Ukraine filed a case against Russia at the International Court of Justice to challenge Russia’s interpretation of “genocide” in the context of the Russian “special military operation.” To this regard, on March 16th the ICJ stated that Ukraine had a right “not to be subjected to military operations by the Russian Federation for the purpose of preventing and punishing an alleged genocide”, for which the Court found no evidence. 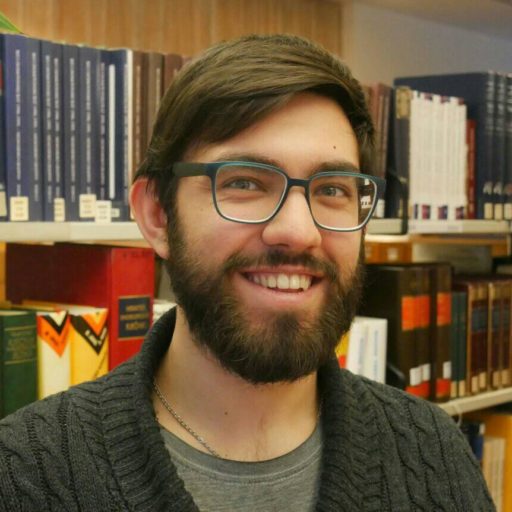 Elia Bescotti Elia Bescotti is a Ph.D. Candidate in Political Science at the Université Libre de Bruxelles and Research Associate at the Leibniz Institute for East and Southeast European Studies (IOS) in Regensburg, Germany. 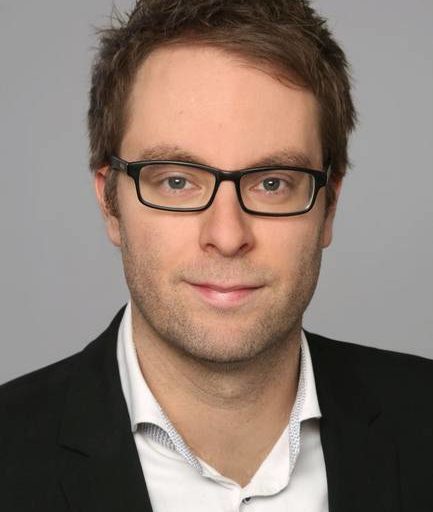 Fabian Burkhardt Fabian Burkhardt is a postdoctoral Research Associate in the political science research group at the Leibniz Institute for East and Southeast European Studies (IOS) in Regensburg, Germany. 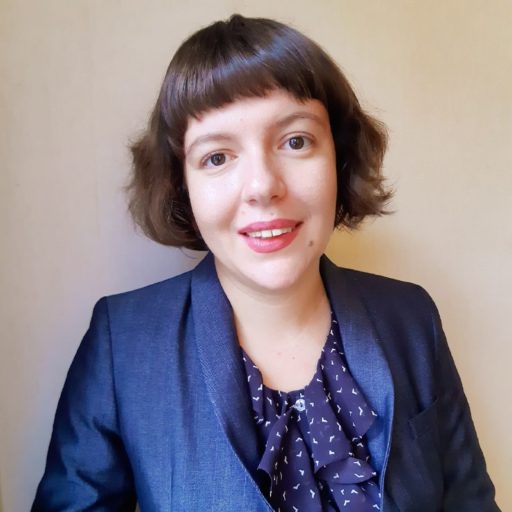 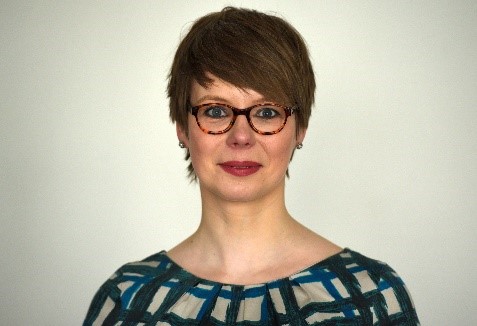 Other posts about this region:
English Articles, Russland, Ukraine 4 comments Join the discussion
Go to Top