Parity Acts in Thuringia, Brandenburg and Beyond

On July 15, the Constitutional Court of the German Land of Thuringia will announce its decision on the fate of Thuringia’s controversial Parity Act, which was passed by Thuringia’s parliament, the Landtag, in 2019. Like Germany’s first Parity Act in Brandenburg, it requires that electoral candidate lists put forward for Landtag elections will have to consist of an equal number of alternating women and men, with the aim of increasing the share of female lawmakers. Several lawsuits challenging the constitutionality of parity legislation have been filed, among others by Thuringia’s far-right AfD caucus. While not all arguments against the parity acts are convincing, it seems likely that they will be found unconstitutional. Like in other countries, supporters of parity could in this case resort to campaigning for a constitutional amendment.

Beyond Brandenburg and Thuringia

The German parity acts are inspired by France, where parity legislation was adopted in 2000. Like in France, the parity acts in Brandenburg and Thuringia would not ensure a precisely equal number of women and men in the legislature, due to Germany’s mixed-member proportional representation electoral system. However, they might increase the share of women, especially in the ranks of the more conservative parties, which do not have effective internal gender quotas. Currently, the share of women in the Länder parliaments is between 22 and 44 percent, and at 31 percent in the Bundestag.

Internationally, gender quotas for parliaments are quite widespread and still growing. According to the Gender Quotas Database, 57 countries have legislated candidate quotas, another 25 have a number of reserved seats for women. Parity quotas requiring the same number of male and female candidates are less common, yet have been introduced in a number of countries such as Belgium, Costa Rica, or Senegal. In addition, there are countries with gender quotas slightly below 50 percent, such as Spain’s 40 percent, which could be seen as “parity with a margin of flexibility”. Especially in Europe, the constitutional validity of gender quotas has often been contested. Countries such as France and Italy enacted constitutional amendments after their constitutional courts had initially struck them down. Yet in other places, like Spain, quotas passed constitutional muster without amendment.

Both supporters and opponents of parity evoke grand principles of democracy. According to the Green Party caucus in the Landtag of Brandenburg, which sponsored the original bill, women are still lacking equal democratic participation and effective influence on state authorities. Following an argument developed by Silke Laskowski, they claimed that representative democracy required that the specific perspectives of female citizens be “mirrored” in parliament. The unequal share of male and female parliamentarians, they further argued, leads to laws that are biased against or negligent of the interests of women. This argument is quite distinct from those of the parity movement in France, many of whose leaders rejected the notion that women were a community with common interests or political positions, emphasizing that the duality of women and men cut across all societal divisions.

Opponents emphasize that any member of parliament is a representative of the entire people, should strive for general welfare and should not be beholden to any particular interest. This position is shared by the Bavarian Constitutional Court, which rejected an actio popularis demanding parity legislation in 2018. Such a unitary, or universalist, understanding of representative democracy, in which no distinctions between voters or between candidates may be made, also led the French Constitutional Council to reject the first legislated gender quota in 1982.

Some opponents of parity go so far as to claim that it would create estates-like structures reminiscent of the Ancien Régime, or that it would violate the unamendable core of the German Basic Law according to Art. 79 (3). A comparative perspective should give supporters of such sweeping claims pause: Can it really be maintained that France or Spain have ceased to be democracies?

What both arguments have in common is that they are based less on the interpretation of concrete constitutional provisions than on politico-legal theories on the nature of representative democracy. Not too surprising, one might say, given the predilection of German courts to decide cases on the basis of pretty thick conceptions of what democracy entails. Parity legislation, however, also affects specific rights which are contained in the German Basic Law as well as in the constitutions of Brandenburg and Thuringia.

Foremost it is equal suffrage, that is the equality of voters and candidates, which parity legislation is assumed to interfere with. But does it really? The Spanish Constitutional Court found that the Spanish 40 percent quota is not discriminatory since it refers equally to both genders. Those who claim an infringement of equal suffrage argue that the chances for candidates of one gender to run for a particular position on the electoral list that is reserved for someone from the other gender (and, complementarily, the effect of a vote for that candidate) is reduced to zero. However, this perspective on an individual spot on the list ignores that there are other positions for which the situation is reversed – when the nominating process is seen as a whole, the right to formal equal suffrage therefore does not appear to be affected. The same is true with respect to the prohibition of direct favorable or disfavorable treatment on the basis of gender in Art. 3 (3) of the Basic Law.

Another way to construe an equality infringement is the argument that an individual man who wants to run will have worse chances of being chosen for a promising position on the list than an individual woman because there are usually more male than female candidates and thus more competition. This boils down to a claim of indirect discrimination against men.

Another important electoral principle touched upon by parity is the freedom to vote and to stand as candidate, like equal suffrage contained in Basic Law Articles 38 (1) and 28 (1). The Spanish Constitutional Court could see no violation of the free vote, arguing that there was no right to be chosen as a party’s candidate. In Germany, however, it is generally assumed that electoral principles such as the free vote apply during that process since the process of candidate selection prior to the general elections has such a huge influence on the actual makeup of the parliament. The freedom to vote for any candidate and to stand for any position is clearly restricted by parity, or any quota legislation.

The same is true for the autonomy of political parties, constitutionally protected by Art. 21 of the Basic Law, which encompasses the right of a party to choose its candidates freely. The interference with party autonomy is exacerbated by the claim that small parties and those with fewer women as members are affected more severely than large and comparatively “female” parties, compromising their electoral chances.

How could the limitations of party autonomy, the free vote and, arguably, equal suffrage be justified? For electoral principles, the Federal Constitutional Court requires “compelling reasons”. Such reasons could perhaps be found in the central provision in the argument on parity legislation, Art. 3 (2) of the Basic Law. Art. 12 (3) of the Constitution of Brandenburg and Art. 2 (2) of the Constitution of Thuringia have a similar content.

Although there is still considerable opposition to this view, it seems fairly established that the provision “entitles the legislator to compensate factual disadvantages that typically affect women by means of favorable provisions”. Regarding the parity acts, however, it is argued that this notion of substantive equality cannot be applied in the realm of electoral law, where only formal equality reigns, a position shared by the Italian Constitutional Court. In contrast, Article 9 (2) of the Spanish Constitution explicitly mentions participation in political life.

Furthermore, many opponents of parity emphasize that Article 3 (2) of Germany’s Basic Law could only justify measures aiming at equality of chances, never at equality of outcome, referred to as “rigid quotas”. It has to be mentioned, however, that the quota is only rigid because of the closed nature of candidate lists in Brandenburg and Thuringia. If voters could choose specific candidates from the list, as they can in some Länder, the quota would not be rigid anymore. In elections with closed lists, equality of chances and of outcome coincide.

Article 3 (2) could also serve as an answer to one of the most common objections to parity, the slippery slope argument: If gender is a ground for a quota, why not other personal characteristics, like age or disability? While German politics does indeed have a huge problem regarding its lack of inclusion, for example concerning persons of color or those from immigrant families, courts could point to the lack of a comparable provision to Art. 3 (2) to foreclose the ride down the slope without resorting to questionable arguments on gender being a more important characteristic than any other.

Beyond those doctrinal debates, the affirmative action approach of Art. 3 (2) of the Basic Law opens the door to a proportionality analysis, as exemplified by the Swiss Federal Court. In the proportionality framework, the fate of the parity acts depends on a balancing of the competing constitutional values and whether there are less intrusive means to facilitate substantive equality in politics. “Flexible parity” in the Spanish mold could be considered a less severe alternative. It would also allow parties to reflect their gendered voter base or their commitment to feminism with a higher share of women on their lists, as the Green and Left Parties have so far done. It bears, however, the danger of a “ceiling effect”, that is the quota might be met, but never exceeded, thus rendering it less effective than full-fledged parity.

The outcome of a balancing will depend on how the deciding court perceives the disadvantages faced by women in politics. Some have doubted that such disadvantages exist, arguing that the share of female candidates is actually higher than the share of female party members, suggesting that it is women’s disinterest in political activism that keeps their number in parliaments low. Like the claim of indirect discrimination against men, this view assumes it is the group of politically active citizens among which the equality of chances should be assessed, not all citizens. It disregards that it might be the challenges faced by women in politics – from “mansplaining” through family-unfriendly meeting hours and sexist comments up to old-boys networks – that keep women from being active in political parties in the first place. It will be interesting to see whether the almost all male Constitutional Court of Thuringia and the nearly paritary Constitutional Court of Brandenburg will view this point differently.

After Rejections in Court – Constitutional Amendment?

The latter will hold its own hearing on parity on August 20. Only if the two courts come to different conclusions, the Federal Constitutional Court might have to break the tie in a procedure according to Art. 100 (3) of the Basic Law. If the prevailing view among mainstream legal academics is any indication, parity will have a hard time in the courts. Local news coverage of the argument before the Thuringian court does suggest that it is rather skeptical.

If parity is indeed struck down, its supporters are left to fight for a constitutional amendment. This has precedents in other countries and might be preferable from the perspective of constitutional policy, since parity touches upon fundamental notions of democratic representation and the workings of elections. However, since the affected rights are contained in the Basic Law, it would likely not suffice to amend the Länder constitutions. Gaining the necessary support for parity to amend the Basic Law currently seems exceedingly difficult, but German parity proponents could learn from their French role models how to build a movement that mustered the strength to achieve constitutional change. 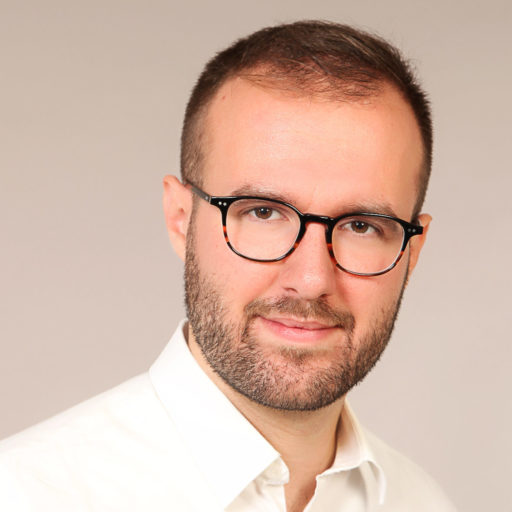 Robert Hahn Robert Hahn is a graduate of the Comparative Constitutional Law LLM programme at the Central European University.

Other posts about this region:
Deutschland, English Articles No Comments Join the discussion
Go to Top