Today ends the deadline for stakeholder consultations for the 2022 EU Rule of Law Report. The report is a welcome addition to the EU’s rule of law toolbox but it is missing a vital element: the non-implementation of judgments of international courts, including both the Court of Justice of the European Union and the European Court of Human Rights.

Ignoring Rulings of the European Court of Human Rights

The European Convention on Human Rights (the Convention) and the European Court of Human Rights (the ECtHR) were created in the aftermath of World War II, as an early-warning system to identify and halt the re-emergence of totalitarianism. The idea was that the ECtHR would provide an objective analysis of whether a country’s laws and policies had violated fundamental values, as set out in the Convention. If it finds a violation, the respective state is obliged to implement the judgment by changing law and policy to ensure that similar violations do not happen again. The binding force of the ECtHR’s judgments is set out in Article 46 of the Convention. Article 46(4) also provides that, if a state refuses to implement a judgment, the case can be sent back to the ECtHR – a procedure which can ultimately lead to the state being expelled from the Convention system.

The ECtHR became a cornerstone of Europe’s efforts to protect human rights, democracy and the rule of law, leading to a huge variety of positive reforms. However, in the 21st Century a serious problem developed: the non-implementation of ECtHR judgments. Of the “leading” ECtHR judgments handed down against EU states over the last ten years – i.e. those that identify serious or structural problems – 40% remain pending implementation. The problem applies across Europe. France, Germany, and Sweden all have leading judgments pending for over five years. Of the leading judgments from the last ten years against Italy, Poland, and Spain, around 50% are yet to be implemented. The same applies for Romania and Bulgaria – each of which has over 85 leading judgments pending implementation overall. 72% of the leading ECtHR judgments against Hungary from the last ten years remain unimplemented.

However, non-implementation of ECtHR judgments is hardly taken into account in the EU’s new procedures. The annual rule of law review refers to a tiny fraction of unimplemented ECtHR judgments, focusing mainly on independence of the judiciary and the length of judicial proceedings. For example, the 2021 chapter on Bulgaria refers to only two leading judgments pending implementation against the country. There are 87 pending overall. The Romanian chapter refers to three pending leading judgments – but there are 101 pending overall.

The absence of ECtHR judgments from the Rule of Law Reports is clear when we examine how judgments on a particular issue have been left out. Let’s take free speech as an example. In Spain, back in 2018 the ECtHR identified a serious issue with laws that restrict political critiques of the monarchy. The case was left unimplemented and the laws were unchanged – leading to protests across Spain in 2021, after a rapper was criminally convicted for insulting the king. Leading ECtHR judgments pending implementation against Romania show that national law fails to properly protect journalists against Strategic Lawsuits Against Public Participation (SLAPPs). The same applies in Poland, where an unimplemented free speech case concerns the silencing of a journalist who had been reporting on allegations that a politician had offered employment in return for sexual favours. A total of 13 different EU states have at least one leading ECtHR judgment concerning free speech still pending implementation – each representing ongoing significant or structural problems with the right to freedom of expression that the state has not yet resolved. Yet none of these cases are included in the 2021 EU Rule of Law Report.

Most importantly, the EU’s procedures do not include an overall assessment of how well a state implements judgments of the ECtHR. For example, the Rule of Law Report does not take into account the fact that Hungary has failed to implement almost three-quarters of its leading ECtHR judgments from the last ten years; or that Romania and Bulgaria have failed to implement half of their leading ECtHR judgments handed down during this time. The issues raised by these unimplemented cases are often fundamental to the current crisis of democratic backsliding, including unlawful restrictions on whistleblowing, freedom of assembly, and freedom of expression. While the ECtHR is not an EU body, countries have to accept the ECtHR’s jurisdiction to become members of the European Union. However, as things currently stand, countries can refuse to implement ECtHR judgments, and face no negative consequences from the EU.

A key issue the ECtHR is facing is the lack of significant consequences when states fail to implement its judgments. In theory, non-implementing states can be expelled from the ECtHR by a two-thirds majority of other states. However, states are very reluctant to even consider expelling a non-implementing state – concerns about doing so include a deterioration of bilateral relations, and/or a future loss of influence on human rights issues. The other punishments for non-implementation are minor (including steps like the writing of letters to the relevant minister).

Meanwhile, the EU has the power to fine states for refusing to abide by judgments of the CJEU; or withhold critical budgetary contributions from offending states. However, the EU lacks a mechanism that would allow it to assess fully the compliance of its Member States with the very criteria they have agreed to meet when joining the bloc. Including overall levels of non-implementation of ECtHR judgments in the Rule of Law Report would be a positive step in addressing the shortcoming in the EU’s institutional framework.

In other words, the two institutions need each other. The EU’s rule of law process must properly identify threats to the rule of law. The ECtHR is the institution created to identify such threats to core European values and to act as a check on executive power across the continent. The failure to implement ECtHR judgments is a fundamental attack on European legality – the EU’s rule of law assessments cannot ignore it. Meanwhile, in order to address the ECtHR non-implementation problem, the Council of Europe must develop additional ways to encourage states to execute Strasbourg Court judgments. Critical evaluations in the EU’s rule of law review would shine a light on ECtHR non-implementation and provide an additional incentive for states to implement the Court’s judgments.

The inclusion of overall levels of non-implementation of ECtHR judgments in the EU’s rule of law review would therefore strengthen both systems. It would also be a logical and effective next step in the growing collaboration between the two institutions – a collaboration which is essential for protecting the rule of law in Europe.

The Court of Justice of the European Union (CJEU) has been the cornerstone of the EU’s legal system since its inception. Unlike the ECtHR, it is not designed as a court where any individual can take their case, but the CJEU has nonetheless played a critical role in furthering and developing EU law, chiefly through referral cases brought before it by Member State courts and through infringements cases brought by the European Commission against Member States which fail to respect EU law.

Another key difference when it comes to conformity with and implementation of CJEU decisions as opposed to the ECtHR is the possibility of the Commission requesting financial sanctions against an EU Member State that fails to respect the decisions of the Luxembourg court. The possibility of inflicting direct financial pressure on a Member State in order to encourage the country to respect the court’s decision is a key unique characteristic of the CJEU compared to other international courts.

Despite these strong guarantees of compliance, the CJEU faces a mounting challenge regarding the lack of respect for its decisions from the EU Member States. The non-implementation of CJEU decisions has occurred repeatedly with regards to a wide array of judgments in various fields of EU law and policy such as data transfers, nature conservation or the freedom of movement of same-sex couples. However, in recent years, systemic resistance to the CJEU by authorities in several EU Member States has emerged, threatening the very foundations of the common legal order.

The Hungarian government has flat out refused to comply with several key decisions by the CJEU, including judgments in cases C-78/18 (transparency of funding NGOs) and C-808/18 (protection of asylum-seekers and migrants). The German Constitutional Court has found a decision of the CJEU to be out of range of its competencies (ultra vires), leading to the Commission initiating an infringement procedure against Germany, following which the matter was settled without further escalation. The Romanian Constitutional Court has also decided to challenge the authority of the CJEU, issuing a statement in which it has found a December ruling concerning the Romanian judiciary impossible to implement in Romania short of altering the country’s constitution – yet the country’s government has not supported such a view so far.

By far the greatest and most dangerous threat to the CJEU’s authority has been issued by Poland. The country has not only refused to comply with an ever-growing list of CJEU judgments and interim orders concerning the independence of the judiciary – up to and including incurring a massive one million euros per day penalty over non-compliance with a July 2021 interim order from the CJEU. It has also counter-attacked, using its politically captured Constitutional Tribunal to hand out judgments declaring EU law to be incompatible with the Polish constitution. A pattern has emerged of the Polish government using the Tribunal to provide itself with legal grounds for ignoring the decisions of the CJEU, an extremely concerning development.

While the non-implementation of CJEU judgments is a rising issue, it is only tangentially reflected in EU Rule of Law Reports. The reports do not focus on non-implementation of and non-compliance with judgments of CJEU (or other international courts, for that matter) as a separate item. On occasions, the reports mention that a Member State has or has not implemented a CJEU judgment, but those mentions are tangential and scattered. The reports do not track non-compliance with rulings as a systemic issue, and they so far fail to capture the emerging trend of resistance and hostility of Member State courts and governments against the CJEU and other international courts.

These challenges – the persistent lack of implementation of ECtHR judgments and the direct attack on CJEU case law – all point to a decline in respect for regional courts across the EU. The European Commission, apart from reacting directly to the most egregious cases of disrespect for the CJEU, should as part of its Rule of Law Report look holistically into the issue of rejection of regional court judgments, examining both the situation towards the Luxembourg court and ECtHR. This would help the Commission take stock of the worrying trend of European countries discarding decisions by regional courts – and help strengthen the common legal space which protects our fundamental values. 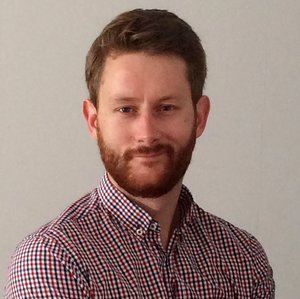 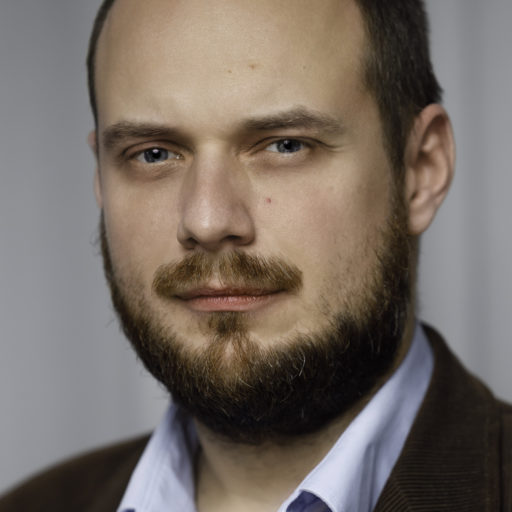