Within less than a month, the PSPP judgment of the German Federal Constitutional Court (BVerfG), has given rise to an unprecedented wave of commentary and public debate. Moving from analysis to practical recommendation, Daniel Sarmiento and Joseph H. H. Weiler have recently suggested the establishment of a mixed chamber at the European Court of Justice (ECJ) for the resolution of competence disputes between the EU and member states. If implemented, this proposal certainly stands a fair chance to reduce tensions between the ECJ and national constitutional courts. However, it does not address the fundamental underpinning of the ultra vires jurisprudence of the BVerfG, i.e. that transferring ultimate jurisdiction for the determination of EU competences to an EU institution would exceed the authority of the German parliament (judgment para. 102). It is therefore worth considering how the competing claims for ultimate jurisdiction can be reconciled within the existing constitutional framework:

In line with earlier case law, notably its Lisbon and OMT decisions, the BVerfG has based its ruling in the PSPP judgment directly on the principle of democratic rule. Accordingly, the conclusions drawn are protected from interference by parliament through Art. 79(3) GG, which precludes changes to the constitution that would infringe on its basic principles. The underlying theory contends that only the German electorate itself can convey core competences such as budgetary control or ultimate jurisdiction to EU institutions, by exercising its pouvoir constituant under Art. 146 GG. Although Art. 146 GG merely acknowledges the possibility that the German people may adopt a new constitution and does not provide for a specific process, the generally prevailing view is that this would require a referendum. Against this background, any attempt to (re)establish unrestricted primacy of EU law by excluding actions of the EU institutions from the jurisdiction of the BVerfG is likely to be quashed itself, even if implemented through an amendment to the German constitution (Franz Mayer acknowledges this pitfall in his earlier article).

On the other hand, EU law itself implies a temporary limit to its primacy by allowing for withdrawal under Art. 50 TEU. As a matter of German law, withdrawal would require a reversal of Art. 23 GG, except if the EU permanently fell short of German constitutional requirements. To be sure, the BVerfG has never actually contemplated the possibility of withdrawal from the EU and claims for withdrawal do not extend beyond the fringes of German public debate. Yet, against the backdrop of the most recent judgment, a judicial order to trigger withdrawal under Art. 50 TEU must be considered the ultima ratio if repeated conflicts between EU law and the core principles protected by Art. 79(3) GG cannot otherwise be resolved. At the same time, such an order would itself be questionable because the judiciary, i.e. the branch of government most remote from the electorate, would take the most fundamental political decision of a whole generation. It would, in other words, turn the principle of democratic rule on its head.

1. In order to reconcile the conflicting claims for primacy within the parameters set by the BVerfG and EU law, the German parliament could (and should) amend the procedural rules for the BVerfG: the first, and most fundamental of these changes would provide for an order to conduct a referendum on whether Germany should exercise its right under Art. 50 TEU as the only definitive judicial remedy available if a conflict between EU law and the German constitution cannot otherwise be resolved. If the BVerfG were to make use of the new remedy in a future dispute, a popular vote against withdrawal would effectively confirm the view of the EU institutions that the contested act is not ultra vires under the treaties. On the other hand, a vote for withdrawal would probably be driven by fundamental discontent with the EU – an uncomfortable thought, but one that could not be dismissed as irrelevant in a democracy. Either way, the alternative between the primacy of EU law and withdrawal is inevitable if the rule of law is to be respected both under the treaties and under German constitutional law.

As mentioned above, a German withdrawal from the EU would typically require a reversal of Art. 23 GG i.e. a constitutional amendment supported by two thirds of the votes in both chambers of the German parliament. The requirement of a two thirds majority can also be found in the provision of the German constitution which comes closest to the withdrawal scenario, i.e. an internal territorial rearrangement leading to the formation of a new state under Art. 29(3) GG: if the rearrangement is not supported by a majority in all affected constituencies, the secession will only occur if two thirds of the votes cast in the newly formed territory have opted in favour of it.

While the analogy is, of course, imperfect, Art. 29(3) GG reflects the general constitutional principle that existential political decisions should not be taken by simple majority. Accordingly, the result of a referendum called by the BVerfG in the above conflict scenario should only be binding if two thirds of the votes cast had favoured a withdrawal. Similar to the requirements for territorial referenda under Art. 29(6) and (8) GG, the law should also require a quorum of 75% of the electorate to ensure that an absolute majority of the electorate actually supports the withdrawal. But if both thresholds were met, the German government would be under a statutory obligation to proceed under Art. 50 TEU.

If, on the other hand, only a simple majority of votes cast had opted for withdrawal, or if the quorum had not been reached, the result of the referendum would not be binding. In this situation, the German parliament might still decide to pursue a withdrawal process through reversal of Art. 23 GG if a two thirds majority in both chambers could be expected to support such a course of action. But this would be a political decision that could also be caused by other developments. As a matter law, the fact that support for withdrawal had not reached the necessary threshold would mean that all German authorities, including the BVerfG, would have to accept the interpretation given to EU law in the underlying dispute by the ECJ without further reservations.

As the flip side to the explicit power to call a referendum, an order to disregard EU law, such as the one pronounced in the judgment of 5 May 2020, must generally be precluded. While disregard of EU law (realistically) cannot be ruled out as a preliminary remedy to address conceptual concerns of sovereignty, any such order should automatically also trigger a referendum on withdrawal. If the preliminary order is subsequently lifted, the German parliament should, however, have the power to waive the need for a referendum. The prospect of later scrutiny by parliament would probably suffice to prevent an expansion of the use of preliminary orders beyond their genuine domain.

Since the proposed changes are limited to judicial remedies, the obvious place for implementation would be sections 32 and 35 of the statute governing the BVerfG, which can be amended by ordinary act of parliament. Even though the few existing examples for referenda under German (federal) law are found in the constitution itself, this would be in line with the prevailing view that a referendum can be provided for in an ordinary act of parliament if it does not infringe on the legislative power of parliament under Artt. 76 ss. GG. These conditions are obviously met if the referendum is called by the BVerfG as an ultima ratio to preserve constitutional principles that are exempt from legislative changes. Alternatively, the new remedy could of course also be introduced at constitutional level by means of an amendment of Art. 23 GG.

2. In the preceding paragraphs, I have addressed the procedural situation of a conflict between existing EU law and the German constitution, as identified by the BVerfG in the PSPP judgment. The situation of a change to the treaties, like the one proposed by Daniel Sarmiento and Joseph H. H. Weiler, is obviously different in that it relates to a potential future conflict. Moreover, the German parliament would just have gone through the ratification process and thereby expressed its view that the treaty meets all constitutional requirements. Yet, since the German constitution does not spell out any specific limits for future treaty changes, the statute governing the BVerfG is probably again the best place to address the issue – not least because any future ratification process can be expected to be scrutinized by the BVerfG, as has previously been the case for the Maastricht and Lisbon treaties. The call of a referendum as a judicial remedy should therefore also be available if the BVerfG identifies a conflict between the German constitution and a proposed treaty change.

Different to the ulta vires scenario, the binary question to be answered in respect of a proposed treaty amendment would not be the alternative between the acquis communautaire and withdrawal, but between the status quo and deliberate extension of EU powers. Accordingly, the referendum would relate to accession to the new treaty rather than to an exercise of rights under Art. 50 TEU. In light of the openness of the German constitution to European integration as reflected in Art. 23 GG, and because of the immediately preceding ratification process, a simple majority of votes cast should suffice to confirm treaty changes if a referendum has to be called.

3. Besides the above, any ruling of the BVerfG which would be based on an unreconcilable conflict between EU law (or proposed treaty changes) and the German constitution should require a referral to the joint senates of the BVerfG. Following the referral, the joint senates, i.e. the plenary, would have sole jurisdiction to order the remedies described in the preceding paragraphs. At present, a matter can only be referred to the plenary if either of the two senates intends to divert from the jurisprudence of the other. Yet, there can be no doubt that an anticipated conflict with EU law – typically following referral proceedings under Art. 267 TFEU – would be of the same order of gravity.

While referral to the joint senates of the BVerfG may seem a rather conventional idea, paving the way for German referenda on Art. 50 TEU as a judicial remedy in the wake of the Brexit trauma certainly is not. To be clear, the primary goal of the proposed changes of procedural law would be to remind the BVerfG and the ECJ of their joint responsibility for the European project, which cannot succeed without mutual respect for the rule of law. It would also provide reassurance to the Commission that Germany has taken appropriate steps to ensure full respect of the primacy of EU law within the framework established by the treaties. 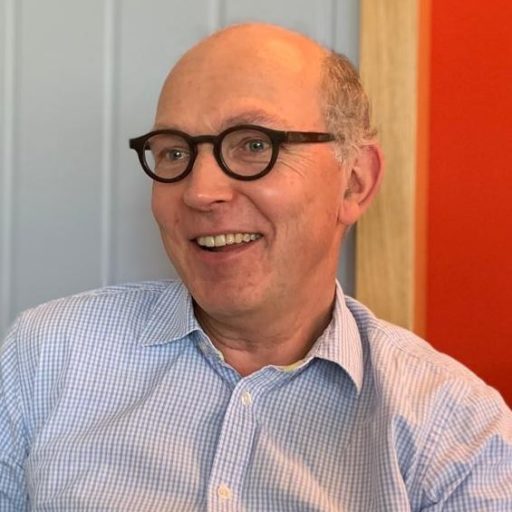 Other posts about this region:
Deutschland, English Articles, Europa 3 comments Join the discussion
Go to Top