The Writing is on the Wall

Proportionality of Border Controls within the Schengen Area

On 6 October 2021, Advocate General (AG) Saugmandsgaard Øe published his Opinion in the joined cases C-368/20 NW v Landespolizeidirektion Steiermark and C-369/20 NW v Bezirkshauptmannschaft Leibnitz. As discussed in our previous blog post outlining the facts and the legal questions of the case, the cases concern the legality – and limits – of introducing border controls within the Schengen Area. Six Schengen countries (Germany, France, Austria, Denmark, Norway and Sweden) have reintroduced border controls over the past years. If the Court of Justice of the European Union (CJEU) were to follow the AG’s Opinion, they would need to seriously rethink their practices in this regard. New evidence-based procedures and serious reasons, capable of passing a proportionality test, would be necessary to introduce border controls within the Schengen Zone.

While the Opinion of AG Saugmandsgaard Øe is very deferential to the national security concerns of the European Union (EU) Member States, he also proposes a strict proportionality test for instances of persisting threat. The structure of the Opinion is akin to a formal judicial reasoning. It addresses questions about a maximum time limit for the reintroduction of border controls according to the Schengen Borders Code (SBC), the conditions under which those controls can be extended, the proportionality control over such extensions, the bodies exercising such control, and the arguments rooted in EU citizenship.

When are border controls compatible with EU law?

The first question concerns the maximum duration of the border controls introduced and reiterated by Austria. The SBC provides for two different time limits, respectively of 30 days, renewable for an overall maximum of six months under Article 25(4) SBC, in case of foreseeable serious threats (as defined in Article 25(1) SBC); and of 2 years for exceptional circumstances (as defined in Article 29 SBC). The latter time limit, however, requires a more complex procedure, including a Commission proposal and a Council recommendation. Lacking such recommendation, the Austrian border controls are found to be subject to the shorter, six-month limit.

Austria has largely exceeded this limit, given its six-year long “seamless line-up” of six-month long extensions of the border controls (Opinion, paragraph 22). Having noted that a six-month limit is ‘clearly expressed’ in Article 25(4) SBC, the AG turns to the apparently redundant question of whether exceeding such limit is forbidden under EU law. He concludes that the exceedance of that period can be allowed.

The AG reaches such a conclusion in two steps. First, he differentiates between a new threat and a persisting/renewed threat (a distinction initially introduced by  the French Council of State). The former is ‘different in nature’ (e.g. a terrorist threat differs from a pandemic or a migration crisis), while the latter refers to a situation where the same kind of threat lasts for longer than six months. While the AG pays lip service to this distinction, he attaches limited consequences to it. Regardless of their changing or persistent nature, the duration of serious threats to public order and national security can easily exceed a duration of six months.

Against this background, not allowing extensions in case of a persisting threat would lead to ‘unacceptable, if not absurd’ results, ultimately endangering Member States’ responsibility to ensure national security and public order (Opinion paragraph 52). On a pragmatic note, the AG observes that even if the six-month limit was absolute, Member States could simply let the measure expire to then reintroduce it anew. On a principled note, the AG advocates for an interpretation of the SBC in conformity with Articles 72 TFEU and 4(2) TEU. This leads him to the conclusion that the six-month limit is not absolute.

If the SBC is to be interpreted in light of the abovementioned primary law provisions, continues the AG, and the occurrence of a new threat warrants a new introduction of border controls, the crux is then how to differentiate a new threat from a persisting threat. Given the dynamic nature of public order and national security threats, the absence of criteria in the SBC, and the need to avoid a legislative void, the AG proposes equating, at least as to the applicable time limits, new and persisting threats. As a result, persisting threats can in principle justify the extension of border controls beyond the six-months limit.

Yet, while new and persisting threats are equated as reasons to exceed the legislative time limits, the AG suggest that they trigger a different level of proportionality control. In a nutshell, prolongation of border controls based on a persisting threat needs to be based on exceptional circumstances, determined by a real, actual and sufficiently serious threat to a fundamental societal interest. The reintroduction of the measure needs to be an ultima ratio and shall not exceed what is strictly necessary in its scope and duration. The Member State wanting to reintroduce the measure is therefore bound to carry out a strict proportionality test – increasingly strict with each renewal. While the AG invites the Court to further specify the requirements of such enhanced proportionality test, he expects the concerned Member State to ground its decision on objective and compelling evidence and to evaluate the adequacy of the renewal against the effectiveness of the initial measure. The necessity of border controls should also be justified vis-à-vis less intrusive measures, such as police control or cross-border cooperation of police or intelligence services (Opinion paragraph 67). If the AG Opinion were to applied to the facts of the joined cases, it seems highly questionable whether Austria has carried out such a rigorous assessment, so as to comply with this strict proportionality standard.

Who controls the proportionality?

The AG is more precise on the institutional chain of responsibility for exercising the proportionality control than he is on its substance. In the first place, the Member State would be responsible for carrying out the abovementioned evidence-based proportionality assessment before deciding to re-introduce or prolong border controls. The second step is the control of this proportionality assessment by the European Commission. The Commission needs to be informed in advance of the intention to reintroduce border controls. It can always issue an opinion, but in cases when the Commission has doubts as to the necessity or proportionality of the proposed measure, issuing such opinion is an obligation under Art. 27(4) 2 SBC. This obligation has been contested by the Commission itself up to now, but the AG derives it from a classic literal analysis of the legal provision (Opinion, paragraph 71). In step three, the proportionality of the border controls would be evaluated in a consultation with Member States, following Art. 27 (5) SBC. The AG does not include the obligation to inform the EU institutions according to Art. 31 SBC. The final step, if the Commission’s doubts persist, would be an infringement procedure according to Art. 258 TFEU.

Possibly the strongest appraisal in the whole Opinion refers to the way that the Commission has fulfilled its obligations of proportionality control under the SBC so far:

“I find it regrettable that it did not fulfil the role conferred upon it by the [Schengen Borders] Code” [authors’ translation] (Opinion, paragraph 73)

In our previous post we highlighted the Commission’s role as an ‘absent guardian’. This might be due to the risk of the Commission failing in an infringement action that would be considered premature and solidifying the state of play, when Member States can unilaterally derogate from the area without internal borders. This would be somehow akin to its inaction in the context of the democratic backsliding in Hungary and Poland (Emmons & Pavone). It can also be part of a broader trend of the Commission bringing less infringement proceedings across all fields of EU policy (Pavone & Kelemen). It is clear, however, from the AG’s Opinion that, so far, the Commission has failed to fulfil its systemic guardian role with regard to the Schengen Zone.

Finally, AG Saugmandsgaard Øe dismisses the last preliminary ruling question, on whether the right to free movement could be derived from European citizenship. Art. 21 (1) TFEU states that this right is “subject to the limitations and conditions laid down in the Treaties and by the measures adopted to give them effect”. The AG considers the SBC such a (justified) limitation.

Conclusions: What is at stake?

This Opinion was issued on the last day of the six-year mandate of AG Saugmandsgaard Øe. A day later, on 7 October, four new AGs took office (Irish, Latvian, Cypriot and Croatian). In spite of its systemic relevance for free movement within the EU, it is so far available only in five languages (Bulgarian, Danish, French, German and Italian). The formalist style of the AG’s legal reasoning and the lack of broader statements about the importance of free movement for the European integration project could be attributed to the political salience of the case. The issues of border controls and national security come close to the core of Member States’ sovereignty and the AG seems to acknowledge that abundantly.

In conclusion, this Opinion shows significant deference to the Member States and to intergovernmental modes of policy-making in the Schengen Area, while insisting on some firm limits of the national powers to reintroduce border controls. The AG refutes the extraordinary emergency status of the migration crisis as exceptional circumstances that put the overall functioning of the area without internal border control at risk (Article 29 SBC), thus subjecting the reintroduction of Austria’s border controls to the stricter six-months time limit. The Opinion also proposes that border controls would only be legal in the Schengen Zone if they fulfil the proportionality requirement. When prolonging those controls beyond six months in cases of a persisting threat to national security, the proportionality standard becomes stricter, akin to strict scrutiny.

The Opinion of AG Saugmandsgaard Øe can be interpreted as a wake-up call for the Member States, because, if the Court were to follow it in its final ruling, the current practices of border controls within the Schengen Area would no longer be permissible under EU law. This applies not only to Austria, the State concerned in these proceedings, but also to all other EU Member States. In the German context, Dr. Maidowski, a judge at the Federal Constitutional Court expressed his concern in an interview about the principled incompatibility of the political debates about rejecting people at the German border with the idea of Schengen as a zone without borders.

It appears that the Austrian practices would not pass any proportionality control, when the case is sent back to the national judge. However, the vaguer the CJEU will be about the content of the proportionality test and its application to the concrete case, the less likely it becomes that a national judge will find the reintroduction of border controls to violate EU law in the concrete instances of these proceedings. Even after the AG’s Opinion, the immediate consequences of these joint cases remain unclear. What seems clear is that this procedure will have some long-term effects in terms of increased scrutiny for the procedures to reintroduce border controls at national and EU levels. 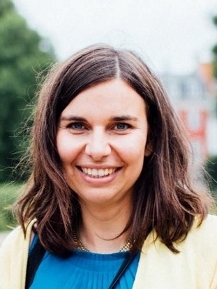 Pola Cebulak Pola Cebulak is an Assistant Professor in European Law at the University of Amsterdam. 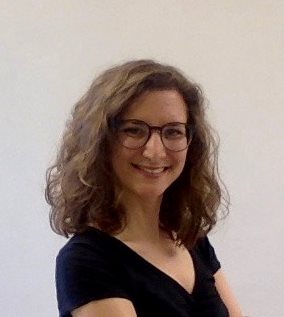