Over the last year and a half, the European Border Coast Guard Agency (Frontex or EBCA) has been under an unprecedented scrutiny. The Frontex saga started in 2020 when investigative journalists published ground-breaking findings, revealing how the Agency was breaching the law being complicit with human rights violations committed by Greek authorities. The news triggered a chain of investigations, the establishment of an ad hoc Scrutiny Working Group (FSWG) at the European Parliament, and three different investigations from the EU Anti-Fraud Office (OLAF). One of these, concluded in February 2022, led to the resignation of the former Executive Director of the Agency, Fabrice Leggeri. The OLAF report containing the findings of the investigation has been kept secret for months, and no legal action whatsoever had been taken on it, raising serious concerns in regard to the rule of law (Salzano). The secretiveness over it was brought to an end by the newspaper Der Spiegel, just in time for the European Parliament’s plenary session, when finally a public and transparent debate took place (EP Plenary, min. 19.35). The day after the debate, the European Parliament voted on the report from the Committee on Budgetary Control (CONT) and did not approve the Agency’s budget discharge, revamping the debate around the EP’s monitoring role, its effectiveness and how to enhance it.

Many considerations could be made on the basis of the OLAF report, including some on the Agency’s transparency, and accountability. The considerations proposed stem from the feeble consequences that the European Parliament’s vote on the Agency’s budget discharge produces, and the recent ruling of Bundesverfassungsgericht concerning Art. 23 (2) of German Basic Law (described below). This post focuses on the role that national Parliaments could play in monitoring Frontex, serving as a complementary avenue for democratic oversight, in addition to the European Parliament. In fact local Governments are represented in the Management Board of the Agency, and as such can and should receive due control from their respective Parliaments.

The European Parliament vis-à-vis Frontex: a tale of democracy sidelining

According to Article 6 of Regulation 1896/2019, the Agency shall be accountable to the European Parliament and to the Council. On this basis, the Regulation links the Agency to the EP in different instances. Notwithstanding, it mostly obliges Frontex to simply inform or consult the Parliament in different provisions, scattered throughout the Regulation: e.g., in the context of cooperation with third countries (e.g., Art. 76(4), Art. 68 (2)); and when a situation requiring urgent action arises (Art. 42 (2)). There are two instances in which the EP’s role is the most evident: the appointment of the new Executive Director, and budgetary control.

In the first case, Article 107 provides that the candidates proposed by the Commission must be heard by the EP, which shall adopt an opinion containing its views and preferred candidate. The Agency’s Management Board (where the European Parliament does not sit, while Member States and the Commission do) are not bound by this opinion but must take it into account. By contrast, there are two ways in which the Parliament exercises the typical prerogative of democratically elected institutions: budget approval and budget discharge. The latter, regulated under Rule 100 of the Rules of Procedure of the European Parliament, constitutes the final step of the ‘EU Accountability cycle’, and has a mere political value: it represents the political evaluation on how the Agency has carried out its tasks of implementation of EU budget. The political relevance is even higher considering that Frontex is the best funded EU Agency (its 2022 budget is 754 million Euro) but produces no direct legal consequences.

It is, in fact, the approval of the budget that allocates the funds and that has the strongest impact on the Agency’s financial resources. However, in this case the Council and the Parliament have a similar weight and Member States, contrary to the Parliament, tend to support Frontex.

Currently, besides the budget approval (where the Parliament acts in co-decision with the Council) and the budget discharge, whose efficacy as monitoring mechanism is debatable, the strongest role of the European Parliament is foreseen in Article 106 (2), obliging the Executive Director to reply in writing to any question presented by a Member of the Parliament. In all other respects, the Regulation 1896/2019 currently relegates it to a marginal role, unfit to exercise the penetrating control that such a controversial Agency should receive.

The exclusion from the Management Board is even harder to justify in light of other experiences: the Management Board of the European Agency for Safety and Health Work permanently hosts an expert nominated by the EP. How can the European Parliament fully fulfil its mandate, and how can Frontex be truly accountable to it, if decisions are taken in rooms where it is not invited to?

The Agency’s Management Board (MB), the body tasked with taking the strategic decisions of the Agency (Article 100), is composed by one representative of border authorities for each Member States and two representatives of the European Commission (an expert from the European Parliament may be invited under Article 104 (7)). The Management Board is led by the Executive Director, who holds most of the power in their own hands.

Member States are also involved in providing financial support: the Agency is funded mostly, but not only, under the ‘Heading 4’ of the Multiannual Financial Framework (MFF) concerning ‘Migration and Border Management’ (mainly the ‘Asylum, Migration and Integration Fund’ (AMIF) to implement returns, the Integrated Border Management Fund, the Instrument for Financial Support for Border Management and Visa Policy (BMVI) to prevent and detect ‘illegal’ migration). A very small minority of Frontex budget is offered by the Schengen Associated Countries (SAC). In the period 2015-2018, the SAC provided 6 percent, i.e., 60 million Euros (European Court of Auditors).

While the realisation of a similar control mechanism is not being debated in relations to Frontex yet, some alternative forms of control could be implemented at domestic level. Within the Committees competent on migration issues, an ad hoc Group akin to the FSWG set up in LIBE at supranational level could serve as an additional form of control over the Agency. National Parliamentary Committees competent for EU Affairs could set up control mechanisms of Justice and Home Affairs (JHA) European Agencies, which regardless of holding different competences, all give rise to concerns linked to their democratic accountability. Instrumental to transparency would be the role of national Parliament vis-à-vis their Governments, represented in the Agency’s Management Board, in lodging written questions or inviting the representative in dedicated hearings.

The proposed Screening Regulation provides at Article 7 the establishment at State level of an ad hoc monitoring mechanism to cover the respect of fundamental rights at the external borders. However, the scope of this provision only partially overlaps with Frontex’s activity. Namely, the proposed mechanism that Member States could be called to institute, is aimed at: ensuring compliance with EU law of national rules on detention, as well as ensuring that allegations of fundamental rights violations committed in relation to the screening, including in relation to access to the asylum procedure and violation of the principle of non-refoulement, are dealt with effectively and without undue delay. Hence, the material scope of Article 7 of the proposed Screening Regulation and Frontex activities at borders do not necessarily overlap, but could in relation of, at least, monitoring violations of access to asylum and non-refoulement. The guidance on the implementation of Article 7 issued by the Fundamental Right Agency envisages a public presentation of the monitoring activities’ findings to National Parliaments, among other national authorities. Indirectly, a similar mechanism could increase national oversight over the Agency, which however would enter parliamentary debates only incidentally.

A concrete example of the existing room for national oversight over EU border control missions is offered by Germany. As enshrined in the Organstreit proceedings, the highest federal organs, including parliamentary groups, can lodge an application before the Federal Constitutional Court (Art.93 of the Basic Law, Art. 63 et seq. of the Federal Constitutional Court Act). Article 23 (2) of German Basic Law imposes on the Federal Government to notify the Bundestag on matters concerning the European Union comprehensively and as early as possible. On this basis, on 26 October 2022, the German Federal Constitutional Court held that the Federal Government failed to inform the Bundestag on matters related to EU Operation Sophia (Cases 2 BvE 3/15; 2 BvE 7/15), whose objectives were preventing irregular migration, disrupting smuggling networks, training Libyan coast guards and enforcing the UN arms embargo on the high seas off the coasts of Libya.

Frontex’s flaws are embedded in its structure: its lack of transparency, and of effective mechanisms to hold it accountable would need a permanent solution. At the same time, increasing oversight on the Agency is a key step to ensure the Agency’s social and judicial accountability and prevent future impunity. Possible alternative mechanisms, at domestic level, are not to replace the democratic control of the European Parliament, whose role needs to be enhanced. Currently, it is difficult to consider Article 6 of Frontex Regulation fully implemented. In fact, the European Parliament is not given the powers needed to exercise control: it is not sitting in the Management Board; Frontex obligation towards the EP are mostly limited to inform it on specific matters, while its opinion can be disregarded; it has been lied to (as OLAF certified in its Report), and if the new Management Board will base the relationship with it on more loyal cooperation is yet to be seen.

National Parliaments, in turn, ‘can and should step up their involvement’, in Prof. MEP Strik’s view, who found encouraging Belgian Federal Parliament’s interest on the matter, culminated in a draft resolution on pushbacks and a hearing with Frontex. To step up their involvement, National Parliaments could establish dedicated committees (or ad hoc working groups within existing committees) to inquiry on Frontex’s actions through their governments. Multiplying oversight by 27, the channels of control could prove to be more effective in overcoming the current Agency’s opacity. Also, domestic monitoring activities would nourish the public interest, and ultimately strengthen the role of Parliaments at any level. Most of the debates held in Brussels do not leave the ‘EU bubble’ and rarely reach the wider public: the technicality of EU Affairs and the lower media coverage are just some of the factors that make the political developments difficult to produce an echo at national level. Besides constituting possible additional 27 fora where challenging Frontex transparency and impunity, National Parliaments’ proximity to citizens could help develop a public debate, almost non-existent locally. 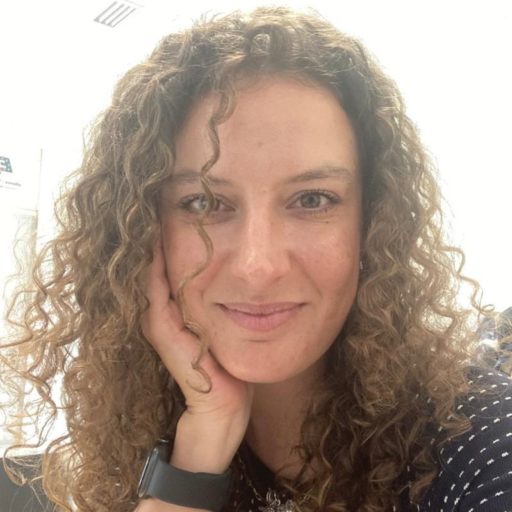 Laura Salzano Laura Salzano, specialized in EU Law and policies and Migration Law, is a Ph.D. Candidate in International Law at the University of Barcelona. ORCiD >>