On 5th August, 2019, the President of India abrogated Article 370 of the Constitution of India, 1950, which provided for a special status to the state of Jammu & Kashmir (J&K) within the Indian constitutional and legal framework. The same was achieved through a constitutional sleight of hand that stretched the limit of constitutionalism by equating the term ‘Constituent Assembly’ of J&K with the ‘Legislative Assembly’ of the state through a Presidential Order. The move has been subject to much academic debate and discourse along the doctrinaire lines and limits of traditional constitutional law.

While the term ‘exception’ is indigenous to German theory, it is more commonly referred to as ‘emergency powers’ or ‘martial law’ in Anglo Saxon theory (Giorgio Agamben, 2005). Carl Schmitt defines exception to mean “a case of extreme peril, a danger to the existence of the state, or the like.” As per Agamben, the ‘state of exception’ is ‘the suspension of juridical order which defines the threshold and/or the limits of law’ (Agamben, 2005). According to Dyzenhaus, states of emergency are legal black holes where the actions of the State are essentially unconstrained by law. Measures employed in a state of exception fall in the ‘no man’s land between public law and political fact’ (Giorgio Agamben, 2005).

Liberal-democratic theories of emergency powers focus on the limitations imposed by law and legal institutions upon the State (Ramraj, 2010) either through specification of powers or by prescription of situations in which such power is exercised. Articles 352-356 of the Indian Constitution, in theory, rely upon this liberal-democratic understanding. Such theories, however, are not always feasible and circumstances may arise where events fall outside the specified situations or demand more powers than is provided for by the constitution (Mark Tushnet, 2008). Given the unpredictable nature of such situations, any course of action cannot be textually specified and at most, the constitution can assign the authority to act (Agamben, 2005).

Another assumption made by liberal-democratic theories is that not only is the emergency period thought to be transitional, but the legal and institutional changes too are assumed to be temporary (Kalhan, 2010). Often, however, measures taken by the Sovereign (the sovereign being the authority which declares the exception – Schmitt, 1985), drawing upon the legality from the constitution, bring about lasting changes to the constitutional structures itself. To illustrate, even if constitutional procedures were followed for bringing about extensive constitutional changes through the 42nd Amendment Act during the 1975 national emergency, the legislature had effectually been excluded from the decision-making process (Khilnani, 2016). Many of the changes made by the amendment are present in the Constitution even today, despite the reversal of a majority of the provisions by a subsequent legislature through the 44th Amendment Act.

Dilution of Article 370 and Constitutional Exceptionalism

The primary requirement for the introduction of the ‘state of exception’ perspective to the constitutional debate remains threefold – two of the reasons are purported political facts which precipitated the Declaration and a third reason is a legal fact which abetted it. The first political fact pertains to the prevailing tensions in the valley which, over the period of three decades, have peaked into discord and distrust between the State and its citizens. Such democratic deficit in the state can be gauged from the ever decreasing voter turnouts. The second political fact was the purported exigency of the deal between the Afghan Taliban and the USA regarding the future of Afghanistan. The same was expected to embroil Kashmir in a violent asymmetrical conflict in the near future.

Thirdly, the state of J&K has been in a state of exception for failure of constitutional machinery under Article 356 since 20th December, 2018. Whereas the frequent abuse of Article 356 by consecutive governments may have allowed for the same to have entered the common Indian repertoire as ‘President’s Rule;’ the same remains an emergency provision to be exercised only in a state of exception. It was in this state of exception under Article 356(1)(b) that the Parliament of India was transferred the authority to recommend the abrogation of Article 370 which was purportedly granted to the Legislative Assembly of J&K.

The three facts together require that the doctrines related to Constitutional Exceptionalism and not traditional constitutional law doctrines will have to be invoked if the extent of legality of the Declaration is to be judged. In this context, the Legal Black Hole theory proffered by Dyzenhaus is of particular interest. The theory argues that unless emergency powers can be circumscribed by law, we are either confronted by an ‘internal realist’ position through which a simulacrum of legality is attached to the action whereas in reality the law is undermined, or by the ‘external realist’ position under which the sovereign’s power cannot be limited by law. For Dyzenhaus, both positions are untenable. Instead, Dyzenhaus would require the extension of ‘Rule of Law’ either by court adjudication of the action or by legislative indemnification.

Dyzenhaus’s solution however, is a deontological argument which ignores behavioural outcomes. In practise, extra-constitutions draw upon their legality from existent constitutions and seek to create parallel (and often unconstitutional) ‘constitutional’ regimes. In the present case, given that the recommendation for the dilution of Article 370 came from the Parliament of India itself, the requirement of legislative indemnification of the Declaration becomes redundant.

Such regimes can often also derive validity from judicial pronouncements (Kalhan, 2010). Two cases from the sub-continent stand out as prime illustrations of such judicial validation. Firstly, theIndian Supreme Court refused to extend the fundamental rights to life, liberty and constitutional remedies during the 1975 emergency in the case of A.D.M. Jabalpur v. Shivkant Shukla [(1976) 2 SCC 521]. Secondly, in 1999 General Musharraf (a dictator) essentially eclipsed significant portions of the constitution vide a Provisional Constitutional Order signed in his capacity as the Chief of Army Staff and not as the President. The Pakistani Supreme Court upheld the validity of the Provisional Constitutional Order despite such a patent illegality in Zafar Ali Shah v. Gen. Pervez Musharraf 2000 [PLD S. Ct. 869].

On the other side of Dyzehaus’s deontology is a consequentialist method of judging the extent of legality. Under the ‘Extra Legal Measures’ model (ELM model) forwarded by Oren Gross, the officials of the Sovereign may find that a strict obedience to legal authority or a particular rule in times of emergency may lead to an irrationality. The deviation from the rule is therefore justified, but only in that particular instance. The rule itself would continue to apply in all other situations. The ELM model also finds support in Agamben’s submission that the state of exception is a ‘zone of anomie’ where legal determinations are paralyzed. The justification offered by Gross is that the same allows for the preservation of constitutional order including its principles and tenets even as going outside the legal order may generally be wrong.

Perhaps, in the state of exception, institutional actors within normative frameworks cannot be the best adjudicators of the legality of the action. In furtherance of this line of thought, Mark Tushnet argues for principled or moralized politics to act as a check on the powers of the Sovereign in the state of exception. When the power to determine the exception is institutionally ingrained, Tushnet proffers that politics can exert the required pressure to control such powers. This theory, however, necessitates the qualification that the opposition must be sufficiently strong to exert enough pressure and the absence of the same can lead to even the liberal-democratic constraints on the Sovereign’s emergency powers being undermined (Kalhan, 2010).

Having an Honest Discourse

In conclusion, the constitutionality, unconstitutionality or extra-constitutionality of the Declaration would largely depend upon the theory of legality of Sovereign action in a state of exception that a person (and/or a judge) subscribes to. Some opinions written on the topic, relying on traditional constitutional law doctrines, have fallen into the error of the assumption of liberal-democratic theories of emergency powers that laws and amendments made during emergencies can only be temporary.

The counter-argument that constitutional procedures should have been followed for amendment, too, is merely an ‘internal realist’ position. Even if constitutional provisions relating to amendment are followed, much like the mannerism of enactment of the 42nd Amendment Act, it would only attach a simulacrum of constitutionality to what, as per their own argument, would otherwise be unconstitutional. The need instead, is to call a spade a spade, and address the role that both political facts and public law equally play in the context of the discourse on constitutional exceptionalism. 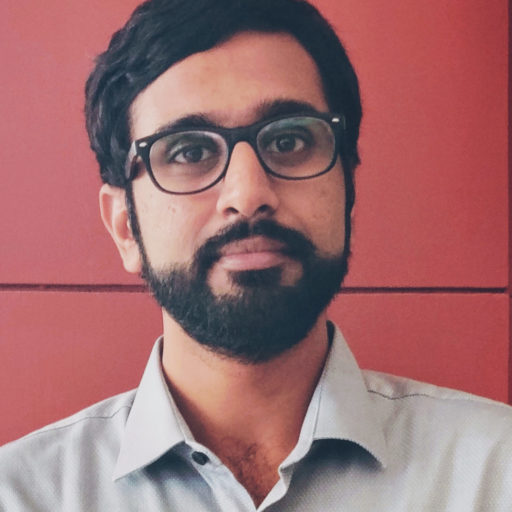 Other posts about this region:
Indien 3 comments Join the discussion
pixel_not_set
Go to Top