Some (second) thoughts on an all-out Schengen ban of Russians

In times of turmoil, it is only natural to turn to law in search of answers as to what may be allowed and what may not. Recent debates on an all-out ban of Russian nationals’ Schengen visas are a good illustration of that effect. After some heads of EU governments advocated for such a travel ban, a heated academic and political debate arose over the question whether the EU could bar Russians from acquiring visas for a short-term stay in the Schengen area. Could a sweeping travel ban for Russian citizens be justified in the light of EU law, or does it defy the principles of supranational law, including the requirement to process applications on an individualised basis? The issue has also been discussed on this blog, namely in an intervention that argues that such a sweeping travel ban would be unlawful under Schengen law as well as a blog post that comes to the opposite conclusion – that restricting tourist visas is legitimate.

The following blog post, however, advises caution. It suggests that EU visa law does not lend itself to an unequivocal answer as to whether such a travel ban may be compatible with Union law or not. Rather, in two respects, it has second thoughts. First, the requirement to carry out an individualised assessment in the context of EU visa law may not necessarily preclude considerations of a generalised nature. Second, we lack clarity whether the grounds for justifying a refusal of a visa may apply to considerations of sanctioning nationals of a state waging a war of aggression on another. Against this backdrop, the blog post acknowledges the legal ambiguities surrounding such a measure and reflects on the repercussions that Union law may create for the legal design thereof nonetheless.

It is one of the systemic implications of Schengen integration that the issuance of short-term visas operates at an arms lengths distance from foreign policy considerations. This effect materialises inter alia in exhaustively enumerated criteria for issuing a visa, the availability of judicial review and the obligation to carry out an individualised assessment of each application. Accordingly, it may be accurate to note that automaticity in the refusal of visa applications defies the underpinning tenets of Schengen visa law which is centred on ‘the individualisation of treatment of visa applications.’ A reference to individualisation, however, may blind us to the varying degrees thereof in administrative practice. Individualised assessments may be informed and programmed, to differing extents, by generalised considerations. Whereas an outright refusal to process visa applications of Russian citizens would be incompatible with the Visa Code, a requirement to carry out an individualised assessment may not preclude, from the outset, decisions based in part on generalised assumptions – be it the reputed ideological proximity between Russian citizens and their political leaders.

It is difficult to anticipate which assessments may be considered by the ECJ as sufficiently ‘individualised’. In  Fahimian, for instance, the Court insisted that ‘an overall assessment of all the elements of the person’s situation’ would have to be conducted, accepting at the same time that national migration authorities may refuse to issue a visa to a researcher who worked for a university cooperating with the Iranian ministry of defence. Effectively, this links the visa application of the person concerned to general considerations regarding the activities of her employer and, indirectly, to the actions of Iranian State authorities. To be sure, the degree of individualisation in this case is significantly higher than in the context of a travel ban potentially affecting millions of Russian nationals. On an analytical level, however, it suggests that an individualisation requirement in EU law may not aptly be described in binary terms, i.e., where a decision is either ‘individualised’ or ‘automatic’. Rather, individualised assessments can be informed, to varying extents, by typecast or generalised considerations.

Accordingly, an individualisation requirement in EU visa law may not, from the outset, preclude a sweeping travel ban, provided a formal decision is taken vis-á-vis each applicant and the reasons substantiating that refusal are duly stated. This duty to state reasons has been presented as an argument in favour of the individualised nature of visa examinations. In the context of the Visa Code, however, such statements are often not very clear or detailed. Annex VI thereof merely obliges national authorities to tick-box reasons why they have adopted a negative decision. In relation to the public order grounds, for instance, this standard form enables national visa authorities to indicate that a Member State considers the applicant a threat to public policy or internal security, without an explication as to why such a conclusion has been drawn. This suggests that the duty to state reasons in the context of the Visa Code, especially in relation to instances of wide administrative discretion, may not be a compelling case for an individualised assessment in substance. Rather, it is not impossible to imagine that all applicants whose visas had been refused under a sweeping travel ban for Russians would receive a standard form indicating that they are viewed as posing a threat to public policy or security, with no further indication as to how they personally may imperil any of these grounds.

There are different conceivable options for fleshing out a travel ban of Russians in practice. One such option has already been identified and discussed. An EU Member State government may adopt a policy that systematically rejects the issuance of short-term visas to Russians on public policy or internal security grounds. This would streamline national visa authorities’ discretionary power, to the effect that Russian citizens could apply but will be rejected by default. While the legality of such a legal arrangement may be questionable (for reasons discussed below), it is true that such a national measure coordinating administrative discretion may often go unnoticed at supranational level. For what it is worth, however, such a policy would be ineffective. Should Estonia or Finland unilaterally decide to stop issuing Schengen visas to Russian citizens, the latter could apply for a visa in another Schengen state. Since Schengen visas principally authorise stay in the entire Schengen area, any go it alone travel ban could be outmanoeuvred in this vein.

Accordingly, this highlights the need for coordination at EU level. To be effective, a sweeping travel ban for Russian citizens would have to be orchestrated at supranational level, for instance through a non-binding Commission Communication streamlining national migration authorities’ discretionary power. Essentially, this would reproduce an approach put to the test in the Covid pandemic. During the first phase thereof, EU institutions decided to coordinate national authorities’ discretion politically. It is not inconceivable that EU representatives are reminded of this crisis measure and advocate for a similar strategy in relation to Russian citizens.

Unlike the travel ban in the context of the Covid pandemic (which may qualify as a threat to public health), however, it is rather questionable whether such an orchestrated travel ban for Russians, either at national or supranational level, may be justifiable under the public order grounds in the Visa Code. Article 32 thereof obliges national visa authorities to refuse an application where the applicant is considered a threat to public policy or internal security. While the ECJ has highlighted that migration authorities have wide discretion in this regard and may adopt a negative visa decision to thwart ‘potential’ threats to public policy or internal security, the principle of proportionality ordains that such threats must be ‘sufficiently serious’ to justify the refusal of a visa. It is hard to imagine the Court accepting a policy that qualifies any person holding Russian nationality in terms of such a sufficiently serious threat to public policy or internal security.

Yet, it may not be a foregone conclusion that the same may be said for threats to the international relations of any of the Member States, which may equally justify the refusal of a visa under Article 32 of the Visa Code. Although the ECJ has not pronounced itself on the substance of this option, there is an argument to be made that the issuance of a visa to Russian citizens would imperil the international relations of Member States, for instance, with Ukraine. Admittedly, this is a bit of a stretch. It is unclear whether this ground for justification is exclusively aimed at Member States’ obligation under international law, or whether it may apply to foreign policy considerations more generally. In the absence of any interpretation on that point by the Court, however, it should not be dismissed out of hand that the refusal to issue a visa to Russian citizens could be compatible with the Visa Code, especially in the light of the ‘wide discretion’ that the Court affords national migration authorities in the application of these grounds for refusal.

Against the backdrop of the preceding considerations, the unwavering certainty with which a sweeping travel ban for Russians has been dismissed as incompatible with EU law should be viewed with caution. Particularly in the absence of instructive case law of the ECJ, there is a chance that a measure effectuating a sweeping refusal of Russian citizens could be accepted by the Court. Yet, compelling political reasons rally against the adoption of an all-out travel ban for Russians. Those reasons were insightfully presented by Sarah Ganty and need no repetition. Should such a travel ban be adopted, however, the preceding considerations draw attention to some of the characteristics that this measure would have to include to conform with EU visa law and EU migration law more broadly.

First, such a ban would have to respect the requirement that a formal decision must be taken with respect to each applicant. Effectively, this would create a flimsy façade of an individualised assessment. Visa authorities would thereby be obliged to process each application submitted by Russian nationals, even though its outcome is already clear from the outset. The refusal to issue a visa in this constellation would then be motivated by a vague statement of reasons, namely a ticked box in the standard form. In this vein, the person concerned would merely be informed that (s)he is considered a threat to public policy, internal security, or the international relations of a Member State, without any further information as to why this is the case.

Second, in all likelihood, such a travel ban would include numerous exemptions. So far, much of the public debate has focused on Schengen visas issued for touristic reasons. This is reasonable, given the current holiday season, and may explain why the Estonian Prime Minister Kaja Kallas has stated that the joys of visiting Europe in summer are no human right but a privilege. While this is technically correct, it paints a lopsided picture. Schengen visas are issued for a variety of reasons and may not be handed out for the purpose of pleasure cruises alone. Rather, there can be other (weightier) reasons motivating a visa application, for instance, third country nationals wishing to see their family members or to attend a job interview. With a view to the principle of proportionality, EU executives would be well-advised to pay due attention to these versatile situations, and to allow for exemptions from the travel ban in such situations.

In this vein, the ‘sweeping’ travel ban would turn out not to be sweeping at all. Rather, it may declare visas for touristic purposes to compromise international relations of Member States but allow for a genuinely individualised assessment in all other instances. In practice, this would still raise the question how a clear distinction between touristic and non-touristic travel could be drawn. For administrative decision makers, however, this would be manageable. At any rate, it appears to be less arbitrary than a sweeping travel ban for Russians, regardless of the reasons for their application. 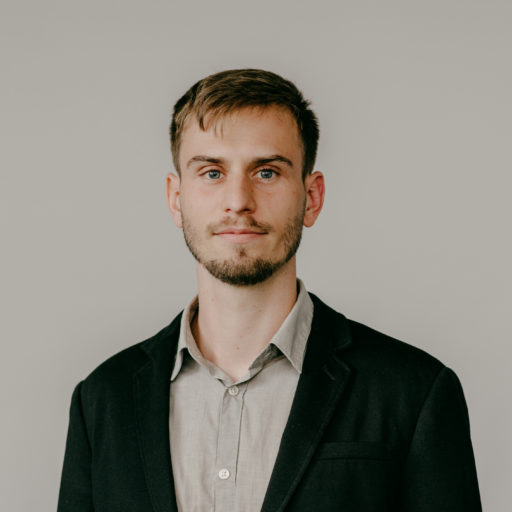