The latest amendments to the protest provisions of the Police, Crime, Sentencing and Courts Bill

The right to peaceful protest in England and Wales is under graver threat than first feared. On 24 November 2021, the highly controversial Police, Crime, Sentencing and Courts Bill (PCSC) reached the final day of the Committee Stage in the House of Lords. Just before midnight, Baroness Williams, for the Home Office, rose to her feet – not to draw a long debate to an end but, remarkably, to introduce 26 pages of new amendments. These are not technical tweaks or mere clarifications to the already highly controversial protest provisions of the PCSC, but jaw-dropping measures that will expand police stop and search powers, increase restrictions on peaceful protests, create new criminal offences and banning orders, and expand delegated powers. What follows is a brief attempt to make sense of these illiberal proposals. If enacted, they will have severe implications for how the law strikes the balance between rights of protestors and the wider community. But even if not, their very proposal, and the means of legislating for them, are further evidence of a government with distaste, if not hostility, for constitutional norms of debate, scrutiny, and accountability inside and outside of Parliament.

In the epoch of the climate emergency, and in the wake of the G20 Summit, it is with some irony that, of all people, committed, peaceful environmental protestors emerge as the bête noire in this tale of knee-jerk law-reform. It was Extinction Rebellion’s “uprisings” – well-known for protestors gluing or locking themselves to things – which prompted the Home Office, aided by the Metropolitan Police, to legislate for restrictions on noisy and disruptive protests in Part 3 of the PCSC. But while the Bill was making its way through Parliament, an autumnal wave of disruptive highway protests by Insulate Britain caught the Home Office’s imagination. It was an opportunity not to be missed. Tapping into public frustration with the disruption being caused, and keen to promote her tough-on-crime agenda, Home Secretary Priti Patel used her party conference speech in October to unveil a raft of measures to “close down the legal loopholes” exploited by “so called eco-warriors, trampling over our way of life and draining police resources.” The measures proposed are, remarkably, more intrusive, discretionary, complex and pernicious than the original ones – and yet, alarmingly, the Home Office continues to claim the amendments amount to no more than a mere “modest updating” of the law. This is simply not so.

In necessarily brief terms, here are the main features of the new proposals set to be re-tabled by the government at the Report Stage in the House of Lords in January 2022:

These new amendments exhibit lamentable features of contemporary criminal justice policy:  criminalizing setbacks to second-order harms; relying on the civil law and its standards to construct offences; bestowing ever more powers on police as a panacea to deeper political fissures; increasing sentence severity incommensurate to harm and culpability; crafting wide legislation to deal with a specific circumstance (or annoyance), without any review of, or consultation on, the probable impact. To these, we might add four particular public law dimensions.

First, exercising the powers proposed will amount to varying – but likely significant – degrees of interference with the right to peaceful protest, protected by Articles 10 and 11 ECHR. Restrictions under Article 11(2) include measures taken before or during a gathering, as well as punitive measures taken afterwards. The Supreme Court in DPP v Ziegler [2021] has recently re-affirmed deliberate obstructive conduct which has a more than de minimis impact on others is not determinative of proportionality; it still requires careful evaluation. Even where a “lock-on” device is used, the majority in Ziegler also held that the duration of the obstruction is to be evaluated according to the time during which the highway was actually obstructed, not the time which protestors intended it to be obstructed. The fact that a protestor’s actions clearly relate to a ‘matter of general concern’ – which the climate crisis surely is – is also a factor relevant to the proportionality assessment. The defence of “reasonable excuse” in the new offences will have much work to do in ensuring prosecutions do not amount to an unlawful interference with the right to peaceful protest.

Even in the absence of prosecutions, a second feature of the measures is their potential chilling effect on those considering taking part in peaceful but disruptive protests or those who know there is a risk of a sub-group of protestors using “lock-on” tactics. The ECtHR held that crowd control measures should not be used, directly or indirectly, to stifle or discourage protest. So too does an individual continue to enjoy freedom of peaceful assembly even where punishable acts are committed by others in the demonstration, provided that individual remains peaceful in their own behaviour. Will would-be protestors now shy away for fear of having their bicycle lock, or even their placard, banner or costume deemed by police to be an object intended to be used by them or another to take part in a “lock-on”? Or, more simply, will it deter those who do not want the hassle or indignity of a suspicion-less stop and search, where a conversation, if interpreted as confrontational or hostile by police, could result in arrest for the new offence of obstruction. This is most real for those ethnic minority groups already disproportionality subject to police stops. Another important aspect of the right to freedom of assembly is protestors’ autonomy to choose their location, not least where being within sight and sound of the object of the protest is crucial to participants. By criminalizing protests within the vicinity of broadly defined “major transport works” and “key national infrastructure”, the proposals risk dissuading or disrupting well-intentioned, peaceful protestors from targeting sites of environmental harm where their message of protest is likely to have its strongest impact.

A third feature concerns whether the exercise of these illiberal public order powers, even if in pursuit of a legitimate aim, will satisfy the test of proportionality, specifically when existing powers and offences offer a less intrusive means of protecting the rights of others. It is already an offence to block highways. Police already have powers to restrict protests, including where they cause serious disruption to the life of the community or amount to a breach of the peace. And they are using them. At least 146 members of Insulate Britain have been arrested 690 times since September 2021, while a nationwide civil injunction has been granted prohibiting further highway protests. Further still, HMICFRS’ review of public order powers, commissioned by the Home Office, discredited prevention orders as neither compatible with human rights nor an effective deterrent, stating “it is difficult to envisage a case where less intrusive measures could not be taken to address the risk that an individual poses”. Indeed, when first proposed, the Home Office had dismissed such orders as unworkable and “very likely to lead to a legal challenge”. Tellingly, most officers in the review expressed opposition towards a specific offence of “locking on”. Experienced police commanders know that a response reliant on stop and search, banning orders, and offences criminalizing vague, anticipated harms, is neither operational feasible nor organizationally legitimate in the long run.

Finally, there are deeper constitutional tensions between the executive and legislature at play in how these new amendments were introduced. They have been tabled at the conclusion, not the beginning of the legislative process. They were not sent by the House of Commons; they have not even been debated by this elected house. They have not been reviewed by the JCHR. They have had no Second Reading in the House of Lords. The debasement of the House of Lords, by denying the revising chamber any meaningful scrutiny, was variously described by its members as “democratic outrage”, “really scandalous” and “just wrong”. So too do the new amendments exhibit what Lord Judge described as the “growing constitutional wheeze” because they rely heavily on regulations to define key aspects of police powers and legal thresholds that ought to appear on the face of Bill. This makes the law unnecessarily inaccessible. The Home Office’s outright dismissal of the JCHR’s concerns about the use of delegated legislation to define key terms offers little by way of reassurance. The new provisions also enable the Home Secretary to make guidance which police “must have regard to” in deciding whether to exercise new coercive powers; such guidance is not be subject to any parliamentary scrutiny, a technique criticized by the Delegated Powers and Regulatory Reform Committee.

The right to peaceful protest is a qualified one. A fair balance must be struck between the rights of the individual and the general interest of the community; Article 11 does not require domestic law or its enforcers to be held hostage to serious disruption. This is especially so where such disruption is not directly aimed at the object of the protest but instead at creating enough chaos to compel rather than persuade others to act. Too much of the latter, not the former, seems to have led Insulate Britain astray in the court of law and public opinion. But to use the old adage, hard cases make bad law. The government has exploited Insulate Britain’s protests to introduce a suite of measures that invites public authorities to stray dangerously close to, if not beyond, the level of disruption to ordinary life that must be tolerated if the right to peaceful protest, protected by Articles 10 and 11 ECHR, is to have any substance. As Laws LJ remarked, rights worth having are unruly things – inconvenient and tiresome, not least by others who are out of sympathy with them. A government that champions free speech, individual liberty and popular sovereignty should expect its citizens to relish the opportunity to engage in noisy, bold, eventful protests capable of effecting change. Was it not Boris Johnson, after all, who vowed to lie down in front of a bulldozer to stop the construction of a third runway at Heathrow? 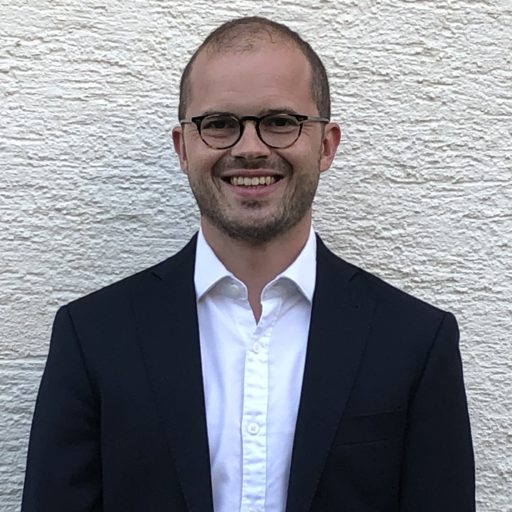