The State of Denial Amidst a Military Parade: COVID-19 in Belarus

By mid-May 2020, the nexus between the state of democracy and rule of law, and the ways countries are grappling with COVID-19 has crystalized so vividly (including in the impressive array of essays on Verfassungsblog) that it is almost trivial to expect repressive legal twists from a clearly authoritarian state granted extra emergency powers. In the end, the current spread of the pandemic is the result of rather irresponsible (if not outright illegal) tactics by the world’s most populated authoritarian regime, the People’s Republic of China. The latter has nonetheless introduced lockdowns and state-controlled quarantine measures. In this regard, the authoritarian government of Belarus stands out somewhat paradoxically. Órban’s Hungary and neighbouring Poland (about the ‘Belarusisation of the rule of law’ in these EU countries, see here, here and here) have instrumentalized quarantine and the threat of pandemic for the sake of their autocratic opportunism. In contrast, Łukašenka’s Belarus has chosen a path of semi-denialism, somewhat comparable to the rhetoric of Bolsonaro’s Brazil. Along with Sweden, Belarus remains the only European country without a state-imposed quarantine. Schools, sport competitions, hairdressers, restaurants and cinemas have all been functioning as normal in the same period when each of its six neighboring states (including Putin’s Russia) have introduced strict quarantine measures or even lockdowns. The President, Aliaksandr Łukašenka, who has been in power for a quarter of a century, has repeatedly denied the scope and seriousness of the pandemic. Amongst Łukašenka’s extravagant “recommended remedies” for Belarusian citizens against COVID-19 are playing hockey, slaying the virus with vodka, going to the sauna and working on tractors in the harvest fields. The apogee of this mocking denialist politics has been the pompous military parade in Minsk on 9 May 2020, commemorating the 75th anniversary of victory over the Nazi Germany. The event involved thousands of people, including soldiers, veterans, state officials and general spectators on the streets of the Belarusian capital.

The military parade in Minsk in May 2020 during the steady growth of new cases (more than 30,000 at present) – akin to a “feast in time of plague” – is particularly difficult to reconcile with the image of a country that remains the biggest victim of the Chernobyl disaster of 26 April 1986, with a huge part of its territory and citizens suffering from the consequences of radiation. The annual 1 May [1986] parades in Belarusian and Ukrainian cities, in the direct aftermath of the Chernobyl explosion, have become almost iconic symbols, emblematic of the negligence of the Soviet government to emergency disasters. (Both authors of this contribution were born in Homiel, the largest city of the affected area). Yet in contrast to the ‘illiberal democracies’ of Hungary and Poland, which introduced strict quarantines, Belarus appears to be playing the role of a perfectly ‘liberal’ state with almost a laissez-faire solution, where people’s choice is prioritized and rights are respected as no severe measures are introduced to close businesses or restrict free movement. This image is inevitably misleading, as democratic institutions in Belarus have been brought to heel long ago, and alternative information about the state of affairs in Belarus regarding the virus remains suppressed.

According to the Belarusian Constitution, a state of emergency (nadzvyčajnaje stanovišča) can be introduced by the President and approved by the upper chamber of the Parliament (Art. 84(22)). Although fundamental rights and freedoms can be suspended under a state of emergency or martial law (Art. 63), standard exceptions apply as certain rights cannot be restricted, including the right to life (albeit Belarus remains the only country in Europe where the execution of death penalty remains in place); freedom of faith; and prohibition of torture and cruel, inhuman or degrading treatment or punishment (including being subjected to medical or other experiments without consent). However, forced labour may be imposed, inter alia, in the situation of an emergency (Art. 41).

The constitutional provisions on a state of emergency are no doubt influenced by the Chernobyl disaster, considering that most of the radioactive fallout landed in Belarus. A large body of national legislation has been adopted to address the consequences thereof. The tragedy is also part of a wider social and cultural narrative, e.g. the ‘Chernobyl Prayer’ (1997) remains perhaps the most-known book by the Belarusian writer Śviatłana Aleksijevič, who was awarded the 2015 Nobel Prize for literature. Taking this into account, strictly speaking, there is no express ground in the Constitution (adopted in 1994) that could trigger a state of emergency in the event of a pandemic, which is a development of another kind. However, the Constitution empowers the President to announce a state of emergency “in the event of a natural disaster, a catastrophe, or unrest involving violence or threat of violence on the part of a group of persons or organizations that endangers people’s life and health or jeopardizes the territorial integrity and existence of the State” (Art. 84(22)). The Law 117-Z “On state of emergency” (2002) further clarifies that epidemics can be a basis for a state of emergency (Art. 3).

Public control over states of emergency is rather limited. The Constitution stipulates that “the individual, his rights, freedoms and guarantees to secure them are the supreme value and goal of the society and the State” (Art. 2). Nevertheless, this proclamation is hard to reconcile with reality: Belarus is ranked 153 out of 180 on the World Press Freedom Index; the President – who has amended the Basic Law to rebalance the power structure in his favour – has remained in power for more than 25 years; civil society operates in quasi-dissident conditions; and political opponents previously disappeared and continue to be imprisoned when the situation suits the government.

The Constitution also provides for judicial independence (Art. 110). Such independence is clearly undermined by the President’s role in, and control over, the selection, appointment, reappointment, promotion and dismissal of judges, thus effectively eliminating the classic checks and balances in Belarus, where the role of the parliament too is rather a façade. Therefore, independent judicial review of any of the measures adopted in response to COVID-19, or possible, future emergency measures and, importantly, failures to act by the government, can hardly be ensured.

Handling COVID-19 in Belarus: legal and other developments in Spring 2020

The measures adopted following the country’s first identified case of COVID-19 on 28 February 2020 were limited to contact-tracing and ad hoc isolations. On 25 March, the authorities introduced an obligatory 14-day self-isolation for people arriving from affected countries (however, the borders remain open to this day), followed by a set of soft quarantine measures at the local level, ensuring that people with cold or flu symptoms do not attend work, establishing higher security measures in public places, imposing attendance limits on certain events and venues, and leaving discretion to parents to decide whether their children should attend school. A nationwide self-isolation regime was introduced on 8 April 2020, according to which every person with a confirmed case of COVID-19, along with every person with whom they had contact with up to 14 days before or having symptoms were obliged to self-isolate. These measures were introduced by the government based on the Law 340-Z “On sanitary-epidemiologic well-being” (2012), which allows for the government to introduce restrictive measures in the case of infectious diseases (Art. 23). At the same time, the government has also introduced additional measures on state regulation of prices on certain goods, including masks and disinfectants, limits on selling certain drugs and medical equipment, and bans on exports of relevant medical equipment.

Therefore, the President has not yet exercised the emergency powers available to him under the Constitution. Instead, the measures adopted thus far have been grounded in different legal bases, including many at the level of local authorities. The President has effectively, partially denied the seriousness of COVID-19 – at times in a most extravagant way as described above. This may have led to further suppression of alternative views regarding the situation, including pressure on the independent media (extending to occasional arrests of journalists) and medical workers, which makes it more difficult to determine the actual numbers of COVID-19 victims and the situation in the Belarusian hospitals.

In Spring 2020, the majority of countries in Europe have acted in the best traditions of Foucault’s Surveiller et punir [“Discipline and Punish”, 1975]. Thus, the French prime minister apparently sees the French as not disciplined enough to follow softer rules, which necessitates stricter ones. While other European countries have been structuring the quarantine confinement in terms of both discipline and punishment, there have been two uncanny outliers: democratic Sweden and authoritarian Belarus. The latter is ironic on many levels, as argued above, but also because the inspiration for the disciplinary institution prominently featuring in Foucault’s book – the panopticon – comes directly from Belarus. It was devised by Jeremy Bentham during his stay in the Belarusian town of Kryčaŭ, where he analyzed the regime of constant observation of workers in the factories managed by his brother Samuel.

Nevertheless, Belarus and Sweden are hardly comparable not only in the 2020 rule of law standards but also in their governance of the pandemic. Swedish authorities have introduced mild restrictions and provided clear recommendations relying on its well-informed citizens to practice social distancing on a mostly voluntary basis. It can be argued that this choice is akin to gambling with citizens’ lives with a rationale to sacrifice some citizens now for an uncertain saving of future lives (the current death toll is several times higher than in neighboring countries, with vulnerable people especially affected), and with the intention to achieve “herd immunity” and resistance to the second COVID-19 wave expected in the fall. Certain stricter measures are also in place in Sweden – in particular, all public gatherings of more than 50 people have been prohibited. In contrast, the strategy of the Belarusian authorities is far from clear – specifically in relation to the full-fledged military parade arranged in May 2020, which defied common sense and risked thousands of citizens being exposed to the virus, including especially vulnerable, elderly war veterans. Furthermore, the government spent a fortune on the event, while at the same time Belarusians are crowdfunding personal protective equipment for medical staff.

To sum up, we face a paradoxical situation where democratic states seem to embrace autocratic methods in the face of the unknown, and an authoritarian state fails to deploy the tools inherent to it, while explicitly and rather emphatically demonstrating its authoritarian essence through the beloved show-off attribute of autocrats, a military parade.

Other posts about this region:
Belarus

Uladzislau Belavusau Dr. Uladzislau Belavusau is Senior Researcher in European Law at the T.M.C. Asser Institute (The Hague) - University of Amsterdam, where he is currently leading the Dutch team in the international research consortium MEMOCRACY (“The Challenge of Memory Politics for Europe: Towards Effective Responses to Militant Legislation on the Past”, 2021-2024). 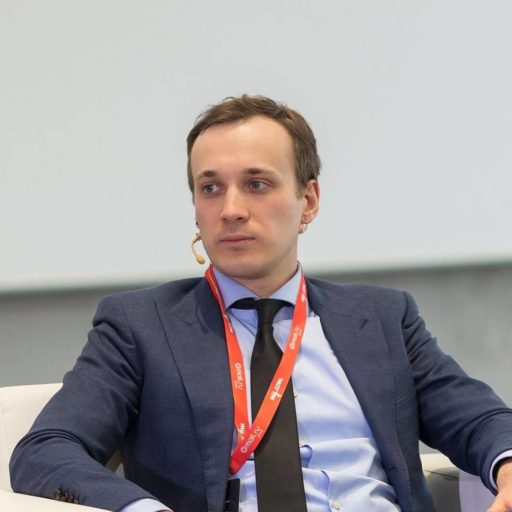 Other posts about this region:
Belarus No Comments Join the discussion
Go to Top