On 9 June 2021, the European Commission filed infringement proceedings against the Federal Republic of Germany. The allegation: Germany has not only violated fundamental principles of EU law, in particular autonomy, primacy of application, effectiveness, and uniform applicability of EU law. It has also interfered with the judicial mandate of the European Court of Justice (ECJ). The allegations are a direct response to the judgment on 5 May 2020 by the Federal Constitutional Court (FCC) concerning the Public Sector Asset Purchase Programme (PSPP).

According to the Commission, the FCC violated fundamental principles of EU law in its May 2020 PSPP ruling. The specific point of criticism is that the FCC declared both the European Central Bank’s PSPP and the ECJ’s preliminary ruling confirming the programme (Weiss) to be ultra vires acts – without referring the matter back to the ECJ. By declaring actions of EU institutions invalid in Germany, the FCC had violated the primacy of EU law. This is not changed by the fact that the FCC granted the European Central Bank an opportunity to correct the situation by carrying out a proportionality test and that it only recently (on 29 April 2021) rejected applications for an enforcement order. In the eyes of the European Commission, the PSPP ruling marks a ‘serious precedent’ for the constitutional and supreme courts of the other Member States and for future rulings of the FCC itself.

Politically unwise: Serious interference in the independence of a Member State’s court

It remains to be seen if this assessment is too pessimistic. Perhaps, the infringement proceedings against Germany will turn out to be the right step. After all, the proceedings will allow the ECJ both to decide the question whether the PSPP judgment violates EU law and, more generally, on the function and legality of domestic ultra vires control in the EU.

The ECJ as a judge in its own cause

Yet, it is not unlikely that the infringement proceedings themselves violate EU law. By deciding who can claim the final word on ultra vires matters, the ECJ would be a judge in its own cause – a violation of basic procedural principles and the rule of law. If the ECJ decides on the legality of the PSPP judgment, the court would also have to decide incidentally whether the ECJ itself violated EU law with its Weiss judgment. Moreover, even the infringement proceedings themselves can be regarded as ultra vires. Declaring the constitutional identity of a Member State (in Germany Article 79 (3) of the Basic Law) irrelevant finds no legal basis in the Union Treaties. Acting in such a matter is thus far beyond the competences of EU institutions.

Unfounded: Why the PSPP judgment does not violate EU law

So how could the legal dilemma between the Union legal order and the Member States’ constitutional orders be addressed? At least if conducted in a manner friendly to EU law, the ultra vires review by a Member State’s constitutional court in cooperation with the ECJ is already permissible.

Of course, it could be objected that Art. 4 (2) TEU must be interpreted autonomously under EU law and that it is therefore the task of the ECJ to give specific meaning to the term of national identity. Though this objection might be correct in principle, it is not convincing at this point. It is already difficult to imagine that the ECJ is able to determine what belongs to the national identity of a Member State. Just as, in principle, the ECJ has a monopoly on the interpretation of EU law, the constitutional courts of the Member States have a monopoly on the interpretation of their constitutions. Consequently, it is only the domestic courts who can legally determine what matters are relevant to their constitutional identity. In this regard, the ECJ has only a limited jurisdiction which amounts to an arbitrariness review or abuse review. This ensures that the constitutional court of a Member State does not simply invent a component of constitutional identity to avoid applying EU law.

Here, the function of Article 4 (2) TEU becomes clear once again. It is a point of entry for national constitutional law into EU law. In this respect, it has, in a certain sense, a complementary function to the openness of domestic Member States’ law to EU law (such as in Article 23 (1) of the Basic Law). Just as the FCC and other Member States’ constitutional courts review possible transgressions of competence only in light of obviousness or arbitrariness, the ECJ must exercise the same judicial restraint in relation to Article 4 (2) TEU.

2. Systematics: Member States as masters of the treaties

The ECJ’s autonomy argument can be countered with the argument that it is the Member States who are the “masters of the treaties”.

All in all, it remains to be said that ultra vires control can only be permissible under EU law under two conditions. First, it must be an expression of the constitutional identity of the Member States, otherwise it would be impermissible under Article 4 (2) TEU. Second, it must be exercised in a manner that is friendly to EU law. This goes along with several things: that there is no abuse, that national interests are not played off against Union interests, that there is doctrinal grounding in Member State case law, that a broad standard of review (democratic review and no review of legality) is observed, and finally, that there is close cooperation with the ECJ.

As this analysis suggests, the standard arguments against the permissibility of ultra vires control under EU law – autonomy, uniformity, effectiveness, primacy – are not convincing. On closer examination, the Union Treaties do not exclude ultra vires control. On the contrary, the interpretation of the treaties shows that ultra vires control is permissible if it is an outflow of the constitutional identity of the particular Member State and is not applied abusively but in a way friendly to EU law. In this case, ultra vires control does not contribute to weakening but to strengthening and legitimising the Union legal order.

Hopefully the ECJ will agree to such an interpretation of its treaties in its judgement. The ECJ could thereby contribute to the cooperative spirit in the network of European constitutional courts. The PSPP ruling has met the requirements for an ultra vires review conducted in a manner friendly to EU law and thus does not violate EU law. 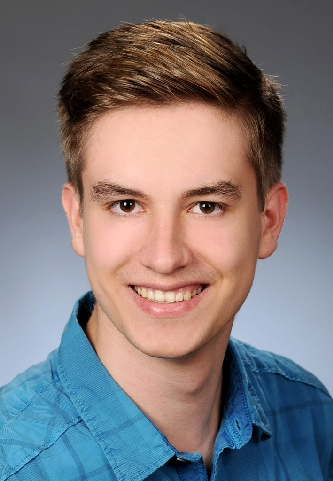 Benedikt Riedl Benedikt Riedl is a research assistant at Ludwig Maximilian University of Munich. He is pursuing a PhD on the topic of ultra vires control.

Other posts about this region:
Deutschland, Europa 5 comments Join the discussion
pixel_not_set
Go to Top