Very Unkind Things about the German Constitutional Court’s Rebellion against the ECJ in the Quantitative Easing Case.

Much has been written about the recent German Constitutional Court (GCC) ruling which has essentially dismantled the 2018 judgement of the European Court of Justice (ECJ) over the legality of the ECB Quantitative Easing Program.

Much more will be written. I will limit myself here in analysing what I believe is the “macroeconomic” essence of the ruling. «The PSPP improves the refinancing conditions of the Member States as it allows them to obtain financing on the capital markets at considerably better conditions than would otherwise be the case» [§ 170]. «In particular, the PSPP could […] have the same effect as financial assistance instruments pursuant to Art. 12 et seq . ESM Treaty», at the risk of preventing those Member States «from adopting own measures to pursue a sound budgetary policy» [§ 171].

The GCC sets a clear condition: if the ECB wants to reduce yield spreads, and therefore decrease the financing costs of “certain” Member States, the beneficiary Member States must abide by the framework of the ESM. Which means, for those unfortunate Member States, to run the concrete risk of losing control of their fiscal policies. By looking at the Greek experience, debtor Member States run the risk of being forced to offer their strategic assets to creditor countries, and doing so at bargain prices. It does not end here. When creditors are also your competitors, falling under their control is unlikely to foster economic recipes capable of relaunching the debtor States economies.

There is a significant conflict of interest here: any production loss in a debtor State is likely to turn into a competitive advantage for companies located in a creditor State. Even more likely, creditors will aim at salvaging those companies and economic areas which are functional to the value chain connected to their own countries (for example Northern Italy is tightly integrated into Germany’s value chain). On the other hand creditors are likely to enforce cuts on less strategic assets (such as Southern Italy or the Public Administration), letting the “sovereign” debtor State pick up the pieces and manage the resulting social consequences of such a Darwinian process.

Such a scenario is quite different from the irenic vision of a new form of “functional sovereignty” which should have characterized the EU according to influential theories. According to those theories, the lost prerogatives of the member states are not served by anybody, not even a European “Super State”. Sovereignty, according to MacCormick, is «more like virginity», it can – more or less happily – be lost without anybody else gaining it. In the post-westphalian era of «late sovereignty», functional borders should exist along land borders between States and supranational entities, with the aim of creating functional, rather than territorial, communities.

Such functional borders would be controlled by the regulatory bodies of the supranational entity (ECJ, ECB) which will claim for themselves the last word on any matter under their competence (“Kompetenz-Kompetenz”), without replacing the corresponding national bodies of the Member States, and therefore without the need to give birth to a true federal state (N. Walker).

This would be further confirmed, according to those irenistic visions, by the outcome of possible conflicts between these “functionally sovereign” entities and the Member States: the victory of the supranational entity over a functional dispute (for example over the legitimacy of unconventional monetary policies by the ECB which have been ruled ultra vires by Germany) does not menace the very existence of the territorial entity nor its authority over the remaining territorial prerogatives (whereas the disputes between sovereign states would have resulted in the annexation of the contended territory under the winning sovereign).

The institutional conflict which we are witnessing is disproving such irenistic interpretation the subject. It is not by chance that such theories originated at the very beginning of the Euro single currency adventure by Scottish authors. The GCC seems to have no intention of abiding to the ECJ ruling in favour of the ECB in the above-mentioned dispute, notwithstanding such dispute is purely functional and not territorial. Probably the GCC, reflecting part of the German public opinion, considers perfectly legitimate the phenomenon – described by Giacché as “monetary annexation” – by which control of production within a monetary union must be given to the “more deserving” actors. Once again, a Darwinian perspective which ignores the notion that diverging yield spreads will make access to credit prohibitive to businesses situated in peripheral Member States, negating the concept of fair competition versus “more deserving” businesses situated in the stronger Member States (Chessa).

In such an occurrence, the weaker Member State will end up seeing its sovereignty (the real one) diminished and curtailed by the outcome of a border dispute, notwithstanding the “functional” nature of the latter: if the ECB cannot control yield spreads via its Quantitative Easing programme, the fate of weaker Member States will purely depend from the benevolence of the creditor committee of the ESM.

A more realistic interpretation of the phenomenon we are witnessing is that the ECB, within the context of the freedom of movement of capital, can only regulate the rhythm of the centralization of capital, i.e. the speed at which strong capital on the core of the system, can acquire weaker capital on the periphery of the EU (Brancaccio et al.). Under this view, the GCC, with the precedent of Gauweiler and even more so with the current Weiss e a. case, has manifested its impatience for such a slow pace of centralization of capital.

A final consideration: provided that “functional sovereignty”, rather than territorial sovereignty, can truly regulate disputes amongst European Member States, such post- modern sovereignty can only be accepted to the extent in which it is not presented as such, ie. as a form of “supremacy”. Supremacy within the EU in fact already exists in the elegant and refined shape of the “primacy” of EU law over national law, theoretically over their constitutions as well. Such primacy is a “doctrine” of the ECJ since the ruling Costa v. Enel in 1964. An attempt to resurface occurred in the «Treaty establishing a Constitution for Europe», signed in Rome in 2004, but later abandoned before its coming into force because of the French and Dutch referenda in 2005. Article I-6 of that Treaty declared that «The [European] Constitution and law adopted by the institutions of the Union in exercising competences conferred on it shall have primacy over the law of the Member States». Today, such primacy is hidden in the Declaration n. 17 of the Lisbon Treaty, which in a quite casuistic style refers to the ECJ doctrine.

It’s certainly true that a declaration attached to the Lisbon Treaty «has, like its Protocols, the same legal value as the Treaties» (Ziller) but it’s also reasonably true that its political and constitutional legitimacy comes out rather diminished. It was therefore not an oversight by the Public Relations office of the ECJ when, in commenting the rebellion of the GCC against the ECJ ruling on QE of 2018, it refrained from mentioning the primacy of EU law, focusing instead over the more digestible concept of uniformity of application of EU law and legal certainty as indispensable instruments to guarantee «the equality of Member States in the Union they created».

The GCC is basically telling us that if the European Parliament wants to manage truly federal powers, therefore a budget worthy of its name, including the power to issue Eurobonds, it can do so if and only if its structure and composition are turned upside down, with all due respect of smaller countries such as Malta or Cyprus. A detail over which we should all ponder, before putting our faith in the cathartic value that crisis can have over the European institutional framework. 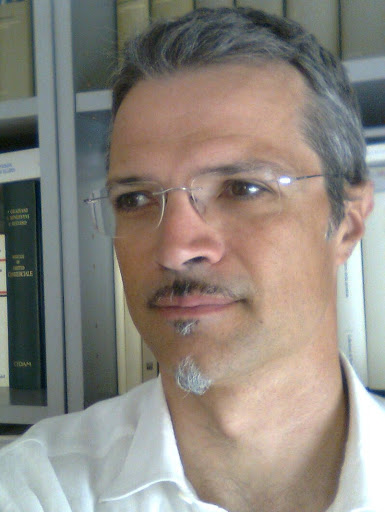