What do I know about Kashmir?

On holidays there’s nothing I like better
Than talking about war and war’s display,
When in Turkey far away,
People one another batter.
You sit by the window: have a glass:
See the bright boats glide down the river,
Then you walk back home and bless
Its peacefulness, and peace, forever.

Something dark is going on in Kashmir. There seem to be massive military movements, there are rumours, fear is spreading, of more mass arrests, expropriations and displacements, of another internet shutdown, of another partition of the country possibly. It will soon be two years since the Hindu nationalist Indian central government stripped the Muslim-majority state of Jammu and Kashmir of its constitutional autonomy status and has since turned it into a kind of giant laboratory for trying out and bring to perfection all sorts of repressive measures, in some ways comparable to what China is doing in Xinjiang.

What do I know about Kashmir? What is Kashmir to me? I am sitting here in the rural Uckermark in the shade, surrounded by bumblebees and poppies and roses, having a glass and tinkering away at this editorial. Peacefully, quietly, in safety. Later I will water the vegetable patch. Go swimming down in the lake perhaps. Kashmir is so far away.

Verfassungsblog is a German blog. I am German myself, our editors are German, so is a large part of our authors and two thirds of our readers. We are based in Berlin. German constitutional law is our basic toolkit, which we acquired at university as a broadly applicable set of instruments for understanding how state, law and politics work and interact. We have been working with and on it ever since, on its strengths and weaknesses in comparison to other legal orders and in relation a European legal order that is growing ever closer together and at the same time breaking apart along other fault lines.

What do I know about Kashmir? Not much. We had a handful of posts on it in late summer and autumn 2019 (e.g. here, here and here), not much since then. The latest post, by ADEEL HUSSAIN, is from January 2020 and covers the judgment of the Indian Supreme Court on the five-month communication shutdown imposed by the central government on Jammu and Kashmir – an extremely worthwhile read also for its historical framing of the conflict between Hindu rulers and landowners and Muslim peasants and tenants, showing how deeply the British colonial rule was involved in how that conflict came about. Far away? Not really. Long ago? Not really either.

What happened in 2019 was the end of a most peculiar constitutional equilibrium: Jammu and Kashmir had not been simply a province or a state within the federal republic of India, incorporated into a federal entity constituted at a superior level, but a state in its own right, with its own constitution, its own head of state and its own status recognized and regulated by Article 370 of the Constitution of India. Two autonomous constitutional systems met there, kept in balance by a complicated network of norms, institutions, court rulings, provisionalities and finalities, and both immensely fascinating and hard to penetrate for a German constitutional lawyer like me.

A federal state of balance – isn’t that a bit like the European Union? Isn’t precisely that the secret of its success, that it doesn’t just erect a hierarchy among its levels, but rather keeps it open and in balance like a beautiful Calder mobile? A balance which is very much threatened, too? This week, the EU Commission announced its intention to sue Germany in order to enforce the primacy of European law against the ultra vires reservation of the Federal Constitutional Court in the Weiss ruling. The Commission, for its part, is being sued by the European Parliament to finally set in motion the rule of law mechanism against Poland, where the Polish Constitutional Court is preparing to unhinge the supremacy of EU law altogether right now.

The Petrie-Flom Center for Health Law Policy, Biotechnology, and Bioethics at Harvard Law School, Middlesex University London, and the Max Planck Institute of Comparative Public Law and International Law invite submissions to a digital symposium hosted by the Verfassungsblog and Bill of Health on the prospective treaty on pandemic preparedness and response.

In August 2019, the balance collapsed in the case of Kashmir. Actually, it did not so much collapse as was toppled deliberately, consciously, and with the utmost brutality, by the Hindu nationalist BJP majority in the Indian parliament, led by Prime Minister Narendra Modi, who had been confirmed in office shortly before by a landslide. In its place, the BJP government established a clear relationship of subordination between the whole and the part, and not only that: statehood was abolished altogether. Jammu and Kashmir is now a Union Territory governed from Delhi, split into two parts. Clearly, there is no such thing as a Muslim state in India now. Only a Hindu nation.

The Kashmiris won’t just put up with this is, and that is part of the calculation. Kashmir had been continuously rocked by terrorist attacks for a long time, sponsored by its hostile neighbour Pakistan. A wild region somewhere on the periphery where things are really bad, a hotbed of unrest and danger from which terrorists and insurgents trickle into the metropolises and terrify the majority society – that can be a useful thing to have from the point of view of an authoritarian-populist regime. It keeps the majority always sufficiently frightened to offer its support in return for protection. Most self-respecting autocrats have something like this nowadays: Erdogan, Xi, Putin, Netanyahu, all learning eagerly from each other, including the many useful technologies one can experiment with, refine and bring to perfection in a remote area on a disenfranchised population.

That majority, by the way, which is thus kept both anxious and complacent, includes all of us. Just as the Hindu bourgeoisie in India thinks with a shudder and preferably as little as possible of that dreadful trouble province in the far northwest and is generally quite satisfied with what the Modi government is doing there as long as it keeps the terrorists away, so do we all look at the global trouble provinces in the Caucasus, the Middle East, Afghanistan, Central America, the Balkans and the Sahel, with a shudder of fear of those who come from there and are on their way to us, and with great satisfaction as long as they are over there, far away in Turkey, battering away on one another, and we here on our pretty Uckermark garden, a glass in our hand, looking gratefully and happily at the imagined river on which glide the bright boats of free world trade as opposed to those dreadful dinghies full of emaciated migrants.

We will start posting „Letters from Kashmir“ at irregular intervals on Verfassungsblog. We will have reports about what is going on there, on the ground. More on this soon.

Thanks to A.J. and B.S. for invaluable input.

Germany is being taken to court by the EU Commission because the Weiss ruling of the Federal Constitutional Court on the ECB and ECJ acting ultra vires is a treaty infringement. Is that a good idea? As a matter of principle, yes, says THU NGUYEN. BENEDIKT RIEDL’s counter-opinion will be published tomorrow.

SÉBASTIEN PLATON analyses the action for failure to act, also mentioned above, with which the European Parliament is threatening the Commission if it does not finally set the rule of law mechanism in motion, and argues that the Parliament should have used more effective means to defend the rule of law.

Interdisciplinary research bears the promise to promote understanding and to find solutions for complex problems affecting humanity today: Current global challenges, such as climate change, digitalisation and artificial intelligence require joint efforts across all disciplines to reap the benefits of research and technological progress without losing sight of the achievements our societies have fought for so hard.

On the 18th June 2021 REWI Graz will open its (virtual) doors to researchers from all over the world to discuss these common challenges.

The conference programme and registration details are available here.

It’s not as if there weren’t enough to do: In Bulgaria, a few days ago, the all-powerful Prosecutor General had a raid carried out at the Ministry of the Interior, apparently in order to sabotage an investigation into illegal wiretapping. According to RADOSVETA VASSILEVA, the case shows once again what a Kafkaesque institution the prosecutor’s office is in Bulgaria.

In the German state of North Rhine-Westphalia, the government wants to enact a new assembly law – obviously in reaction to the protests against lignite mining and energy policy, and according to CLEMENS ARZT’s analysis, in a rather problematic way.

Most German parties are plagued by more or less prominent members whom they would like to get rid of but cannot so easily – such as the notorious Green Boris Palmer, the mayor of Tübingen; in the case of the CDU, the „Werteunion“ and its openly AfD-sympathizing chairman Max Otte. SVEN JÜRGENSEN warns not to underestimate the consequences that a failure to expel those people can have on a party.

Does public broadcasting have to treat radical parties of the far right equally with others? And can these sue their way onto talk shows, for example? They cannot, say ANDREAS FISCHER-LESCANO and GEORG RESTLE. If they invite AfD politicans on their programme is an autonomous decision of the broadcasters.

Do piglets have standing in court? The animal rights organisation PETA has tried to have male piglets claim their rights against castration before the Federal Constitutional Court. JASPER MÜHREL reports on the outcome.

Yesterday, the ECJ ruled on the criteria under EU law for granting subsidiary protection – and rejected the German Federal Administrative Court’s purely quantitative approach. PETER VON AUER hopes that German case law will thus do better justice to the situation in Afghanistan in the future.

Back to India: there, the Modi government has acquired new, far-reaching powers to hold digital platforms accountable for dangerous content and, according to MAXIMILIAN BEYER, SANGEETA MAHAPATRA and MATTHIAS C. KETTEMANN, use these powers to label criticism as disinformation and stifle social dissent.

The discussion on the Kenyan High Court’s landmark ruling on the limits of constitutional amendments continues. MAKAU MUTAU looks at the deep impact this ruling has in Kenyan politics, and what might happen next. From a constitutional perspective, RAFAEL MACÍA BRIEDIS disagrees with the celebratory mood of other commentators and urges more restraint when it comes to the Basic Structure Doctrine.

On the climate ruling from The Hague, according to which the energy company Shell must reduce its emissions by 45 per cent by 2030, FELIX EKARDT comments that the ruling will significantly advance the implementation of Article 2 of the Paris Agreement. 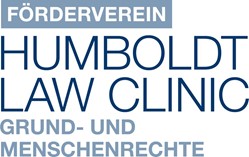 That would be all for this week. We couldn’t do what we are doing it without your support. Please consider becoming or, at any rate, staying a Steady member!

Explore posts related to this:
Kashmir

Explore posts related to this:
Kashmir