On September 25th, 2022, nearly 51 million Italians (including over 4.7 million living abroad) were called to the polls to elect the 19th Parliament of the Republic since 1948. Only 63.9% of them cast their vote, marking the lowest turnout ever in a parliamentary election.

The vote was scheduled in March 2023, but the sudden and unexpected collapse of the broad coalition supporting PM Mario Draghi in July made it necessary to anticipate it by some months. The reasons why the most popular and performative, and for many the most effective cabinet of the Italian democratic history was abruptly put to an end are mostly linked to the positioning of the different political parties ahead of elections. When in early summer the 5 Stars Movement, the strongest party in Parliament after the 2018 elections, eventually split up after that many of its MPs have changed allegiance and left the group over time, it became existential for its surviving to mark discontinuity with the support to the government. This move created an extraordinary opportunity for other political forces to capitalize a snapshot election, especially on the right camp. The far-right Fratelli d’Italia, the only party not supporting Draghi in Parliament from the beginning, was on the rise in each and every poll and could only profit from an early election. The two other parties in the conservative camp, the Lega headed by populist Matteo Salvini and the more centrist Forza Italia led by evergreen Silvio Berlusconi were instead part of the Draghi cabinet and seized the opportunity offered by the 5 Stars Movement. On July 20th, 2022, despite a formally successful vote of confidence by both chambers of Parliament, PM Draghi irrevocably resigned, State President Mattarella dissolved Parliament and the first electoral campaign ever taking place in the middle of the summer was launched.

Polls were rather accurate in predicting disaffection by voters, a constant trend that now reached its peak: over 8% more than the record established in the previous parliamentary elections in 2018 (72,9%). Also the electoral results did not come as a surprise: the right-centre coalition won a comfortable majority in both chambers of Parliament (not for the first time) and the by far strongest party in the coalition is, unprecedently, a post-fascist movement, Fratelli d’Italia (Brothers of Italy, resounding the initial words of the national anthem). Ironically, the party of brothers is led by a sister, Giorgia Meloni, and it is very likely or even close to sure that Mrs. Meloni will be the first female Prime Minister of Italy, following 30 men who have led 67 governments since 1948.

A Political Earthquake or the Next Episode of the Italian Instability Saga?

All domestic and international media focused their attention on the two main novelties of this election: a landslide victory by a post-fascist, nationalistic, anti-European right-wing party and the paradox of the first female Prime Minister advocating a hyper-conservative view of women in society, against quotas and anti-abortion. Politically, these are no doubt major news, especially considering the striking difference between the respected, educated, elitist banker Mario Draghi and the commoner Giorgia Meloni, shouting anti-European and anti-feminist slogans in her strong Roman accent.

At the same time, Mrs. Meloni and her government-to-be is an unwritten piece of paper. The electoral programme is short, extremely generic and while its language is similar to that of most nationalistic political forces, it does not specify the measures to achieve the goals. Basically, it hints to a nationalistic agenda without telling how to implement it. It starts by stating that Italian foreign policy will be based on the “safeguard of national interest and the defence of the homeland” (sic), it claims that Italy should remain “deeply committed to the process of European integration, with a view to achieving a more political and less bureaucratic European Union”, at the same time “protecting national interests in European legislation especially in light of the ecological transition” and “promoting the Jewish-Christian roots of Europe”. It intends to “increase the birth rate” and does not mention abortion. And so on. Such a generic agenda has to be read between lines, and integrated by other “sources”, such as the far more inflammatory messages on social media and in electoral rallies, the party leader’s autobiography and the endorsement of Orbán and friends. It has to be complemented by the language used in political statements, where the terms “state” and “country” are consistently and deliberately replaced by “nation”, and “gender” is mocked as an attempt to destroy the “natural” family and the “true” values. So, yes, there are reasons for worrying. But what will and can be done is another kettle of fish.

The test for Meloni and her government will come soon, starting with the composition of the cabinet, on which the State President has a say. The incumbent President Sergio Mattarella has vetoed the appointment of a euro-critical minister in 2018 and he may exercise such power again, should the list of ministers be problematic for the constitutional integrity of the country. It is clear that there won’t be improvements in regard to the protection of civil rights, especially those of LGBTIQ+ persons and of migrants, which is problematic enough based on international monitoring reports, but steps back will hopefully be less likely given the rootedness of civil society in these fields.

The main area of potential backsliding will definitely be the relationship with the European Union. Italy has traditionally been a pro-European country, and while enthusiasm for the European project has declined over time and some criticism emerged, especially due to feeling abandoned in the struggle against the public debt, the majority of its population (and of its economic forces) does not simply conceive a future outside or simply in permanent conflict with the European Union. Furthermore, as noted by Baraggia, there seem to be enough guarantees, at European and domestic level, to prevent too much a confrontational course between the new government and Brussels. When PM Berlusconi clashed with the EU in 2010, his broad parliamentary majority turned their back on him and a technocratic government led by Mr. Mario Monti was installed.

Politically, thus, the outlook is potentially scary but also very open and probably (hopefully) less gloomy than it might appear. One should not forget the chronical instability of Italian governments, and the trend that has been continuing for the past 30 years: new leaders and political movements promising to be “new” and to represent discontinuity raise and fall in an incredibly rapid tempo. The seeds of this tendency have been planted in the nineties at the time of the political revolution that changed the party system after corruption scandals and started to “blossom” with the first champion of contemporary populism, Silvio Berlusconi, who, by the way, has been able to float and not to sink unlike most of his fellows and who, while much less influential, remains a protagonist of Italian political life at the respectful age of 86. His footsteps have been followed by short-term leaders and movements like Matteo Renzi, the 5 Stars Movement under its founder but never candidate Beppe Grillo, Lega and its “captain” Matteo Salvini: all of them experienced an extraordinary support for essentially one election and disenchantment in the following round. Mr Renzi succeeded to achieve with his (then) party over 40% of the votes in the European elections in 2014 and less than 8% now. The 5 Stars Movement dropped from 32% to 16% between 2018 and 2022, and the Lega, after reaching its peak with over 30% in the European elections in 2019 did not even reach 9% in 2022. At the same time, Fratelli d’Italia went from 4% in 2018 to 26% in 2022.

Does a Legal Perspective Diffuse the Concerns?

A closer eye from a legal point of view helps better contextualize and understand the situation.

First, it is the Parliament that drastically moved to the right, not the voters. In a smaller Parliament, whose members were reduced by about 1/3 following a constitutional reform in 2020, the right-centre coalition has a sound majority of about 60% in both chambers (235 of 400 in the Chamber of Deputies and 115 of 200 in the Senate). The number of votes for the parties composing the coalition, however, has remained essentially stable, with a total of some 12 million votes (44%), significantly less than the other camps together. The consensus has considerably shifted between parties in the same camp (mostly from Lega to Fratelli d’Italia), but very few votes went from left to right (and even less in the other direction). The powerful victory of the right-centre coalition in terms of seats is due to the electoral law that clearly favours coalitions and discourages single parties – and it should not be forgotten that such law, like it or not, has been drafted after massive interventions of the Constitutional Court. The result is due to the very simple fact that one camp has been able to run as a coalition and the other has not.

Secondly, the promised reforms are so far extremely vague. The electoral programme mentions the intention to introduce “the popular election of the State President”, without any further clarification as of the powers the new head of the State should be vested with. Furthermore, as rightly pointed out by Fusaro, advocating constitutional reforms does not mean a subversion of the constitutional order, considering that a wide-ranging constitutional change has been adopted by Parliament (and rejected by popular referendum) in 2016 and that no less than four constitutional amendments have been successfully introduced in the last couple of years. In fact, what is surprising is that other constitutional reforms are apparently not on the agenda, such as a rationalization of the form of government and of the state of emergency, but as such lacunae play in the hand of the government it is certainly more convenient for those in power to face little constraints.

Third, despite the very sound majority, the coalition under Giorgia Meloni does not have a constitutional majority of 2/3 of the seats. This means that constitutional reforms (that can be voted in Parliament also by just an absolute majority) will be put to a referendum in order to be confirmed or rejected. The parliamentary majority of the new coalition is not enough for a unilateral appointment of the five (out of 15) constitutional judges elected by Parliament either: the election initially requires a 2/3 majority and, from the third round, a 3/5 majority, which amounts to 360 MPs – the new coalition has 350. Yet, other constitutional decisions can be taken unilaterally. These include, in particular, the election of the State President (who is currently elected by Parliament integrated by representatives of the Regions), as for that election the absolute majority is sufficient (after the third round). However, the mandate of incumbent President Mattarella expires in 2029, i.e. after this Parliament. Other important reforms that can be adopted unilaterally are, for example, the rules of procedure of both Chambers, that can play a very relevant role in determining (and constraining) the rights of the opposition.

Finally, the question of the territorial setup remains open. No constitutional amendment in this regard is envisaged by the electoral programme, but just the implementation of the transfer of additional powers to the Northern Regions, as allowed by Art. 116.3 of the Constitution. However, this has been a long-time claim of the Lega, and the Lega being the political loser within the winning coalition, it remains to be seen how wholeheartedly Meloni’s party will support this, also taking into account its nationalistic and centralistic agenda.

In sum, it is too early to predict what the “Brothers” will be up to, after their remarkable electoral success – which might upset some of their less successful allies. The legal framework and the political practice so far may partly downgrade (some of) the worries linked to the unprecedented outcome of the parliamentary elections. This is likely to be but the last of a long chain of unprecedented outcomes in Italian politics, where discontinuity, enchantment and disillusion have become the rule. 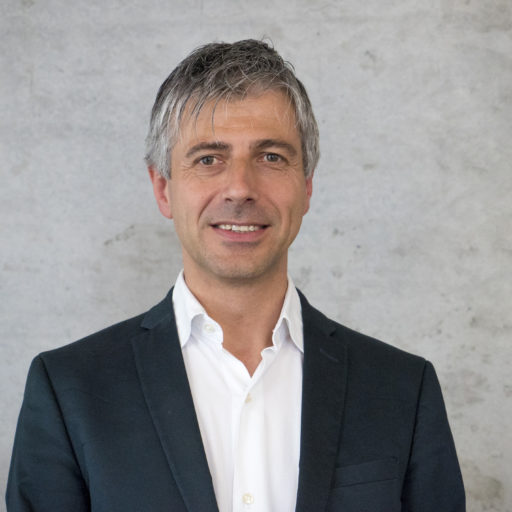