Where to for EU inter-court relations after the BVerfG PSPP judgment?

Ill-timed, a bombshell, a blow to the rule of law: the judgment of the German Constitutional Court on the ECB’s Public Sector Purchase Programme has sent shockwaves through legal and scholarly communities. But after the first shockwaves have settled, in what direction should the relation between national and supranational courts move? This post addresses this question from the perspective of managed mutual recognition. In applying this notion to EU transnational governance, Kalypso Nicolaïdis has referred to managed recognition as an exercise in legal empathy mediated through conditions and limits, and resulting from the ‘eternal dance of law and politics’. The notion lends a useful lens to capture the relation between European top courts. In the version of that relation emerging from the PSPP judgment, this lens magnifies a disruption, a side effect, and an alternative course.

In the PSPP judgment, the German Constitutional Court condemns one of the European Central Bank’s bond purchase programmes, the Public Sector Purchase Programme, as an instance of economic policy in disguise, exceeding the ESCB’s monetary policy mandate. For this ultra vires action, the judgment distributes remedial responsibilities as well as blame. The former mostly fall on the European Central Bank – called to demonstrate in a ‘comprehensible and substantiated’ manner the programme’s proportionality –, and on the German Constitutional organs, – required to not implement the programme until that demonstration has been rendered. Blame goes primarily to the European Court of Justice. The main fault imputed to the CJEU is having failed to balance the stated objectives of the PSPP against its economic and fiscal policy effects, thereby betraying the substance of the principle of proportionality, as well as that of the principle of conferral. The CJEU is found to have itself acted ultra vires, so that its 2018 ruling in response to the German Constitutional Court’s preliminary questions does not deserve observance.

The German Constitutional Court’s act of disobedience brings a hard shake to a well-tested script governing the relation between the national courts and the CJEU. As the CJEU likes to reiterate, that relation is grounded in cooperation. It implies mutual recognition, and mutual respect, of the courts’ respective spheres of operation. National courts apply EU law and implement its primacy through the dis-application of conflicting national laws. The CJEU provides guidance when EU law admits of different interpretations, and is the sole judge of the validity of EU law.

In its specific relation to the European Court of Justice, the German Constitutional Court has tended to manage this recognition through attaching to it conditions and limits. As long as the European Court ensures effective protection of fundamental rights and safeguards their essential content, the German Court will refrain from reviewing European law from a fundamental rights perspective. So proclaimed the German Court in 1986 in its renowned Solange II judgment. As long as the CJEU applies recognized methodological principles and its decision is not objectively arbitrary, it is not for the German Constitutional Court to replace the CJEU’s interpretation with its own. So clarifies the judgment under discussion. Conditionality has allowed to cement a form of what Nicolaïdis would call binding trust between the German court and the European one. To the extent that the CJEU acts within the rails that the German court has identified, the latter will stand aside. At times the tone of the German Court has been so deferent to the Court of Justice and its role to suggest that trust was ripening from binding into blind (e.g. Lisbon judgment par. 60-61; Honeywell par 56-60).

With the PSPP judgment comes the disruption to that tradition of recognition. While the judgment moves along the tracks of mutual recognition on the surface (‘it is imperative that the courts exercise their respective mandates in a coordinated manner’ par. 113, ‘the interpretation and application of EU law, including the determination of the applicable methodological standards, primarily falls to the CJEU’ par. 112), an emphasis on limits together with the abandonment of the usual deferential tone lay the ground for a leap back from recognition (the mandate conferred upon the Court of Justice is exceeded ‘where the traditional European methods of interpretation or more broadly the general legal principles that are common to the laws of the Member States are manifestly disregarded’ par 112). The judgment does not stop at harshening the management side of recognition. Through its almost rancorous denunciation of the CJEU’s ‘simply not comprehensible and thus objectively arbitrary’ interpretation of the Treaties, as well as the accusation of its having rendered both the principle of proportionality and that of conferral ‘meaningless’, it moves from managed recognition to outright denial of the role of the Court of Justice. Thereby betraying the long upheld spirit of cooperation among the courts, and casting a sinister shadow on some of the values – trust and mutual respect – that are critical to the ethos of integration.

Here comes the side effect. The pernicious results of the German Constitutional Court judgment have been amply remarked in the first comments. The Court’s chosen course sounds a warning against the ECB’s Pandemic Emergency Purchase Programme (see here), legitimates a confrontational attitude on the part of other national courts at a time when the European rule of law is already under stress, and represents a short-sighted judicial inlay into policy making choices that the global emergency makes all the more delicate.  The slip from recognition to denial highlights a further side effect of the judgment. It destabilizes the European courts’ system precisely when it needs firmness to steady the course of turbulent political integration.

According to Weiler’s classic vision, in the foundational stage of what is now the European Union, legal integration compensated for the failures of political integration at some critical junctures. In this mature stage of integration, and in the context of political union, democratic and legitimacy concerns leave the courts ill-suited to play that role. Yet it still falls to them to fill some of the shortfalls of political integration. This includes empowering the sets of interests that risk falling through the cracks of a fragile transnational political process. Cooperation among courts operating at different levels serves precisely the goal of protecting several classes of stakeholders, whether savers or consumers, pensioners or workers, creditors or debtors, protected not on the basis of their national belonging but as members of a set of European peoples. The German Constitutional Court’s very insistence on the balancing prong of the test of proportionality (see here for an analysis in this sense) clumsily hints to the interests of some of those sets of stakeholders. However in turning its back to inter-court cooperation it betrays an inward-looking conception of the interests at stake, and a national-focused, rather than transnationally-open, approach to the judicial review of European law.

A transnationally-open approach to judicial review would have required, at the very least, to contextualize scrutiny of the ECB measures through a pondered reflection on the objectives of the common currency, whether economic, political or symbolic, and their relation to the broader objectives of integration. Such a reflection should serve not a telos-driven stretch of the ECB’s mandate, but rather provide a means to stir the debate beyond the parochialism of competing national interests. That stirring is an important corrective that legal can bring to political integration in difficult times.

It is true that the CJEU in its vilified 2018 Weiss judgment did little in the way of such stirring. It hardly engaged with the raison d’etre of a common currency or with the related interests of the European peoples. The German Constitutional Court hardly inspires the exercise in its response. Both courts failed to live up to the demands of legal integration in this sense. The perspective of managed recognition suggests what the alternative course could have been. Managed mutual recognition entails the courts holding one another to their respective tasks in a cooperative spirit. Rather than taking matters into its own hands, the German Constitutional Court could have nudged the CJEU, maybe in an obiter dictum, to set the analysis of competence against that broader background. That invitation could have taken the shape of a further condition attached to recognition. It would have then been open to the CJEU to take up that suggestion at the next iteration in the review of EU monetary policy measures, thus respecting the implied condition.

As recognition goes both ways, the road not taken is still viable. The CJEU could unilaterally recognize, as a response strategy to the German Constitutional Court, that national courts need higher level guidance as to the legal context within which monetary policy choices sit within the project of integration. Review of measures adopted by the ECB in the context of the pandemic will likely provide opportunities for the CJEU to impart that guidance. A principled response from Luxembourg could re-open the dialogue that the German Court has cut short. It could also bring to that dialogue novel and much needed breadth. The PSPP judgment could remain an occasional disconnect in a resilient relation. And that course of events could still lead from outright denial to recognition re-established. 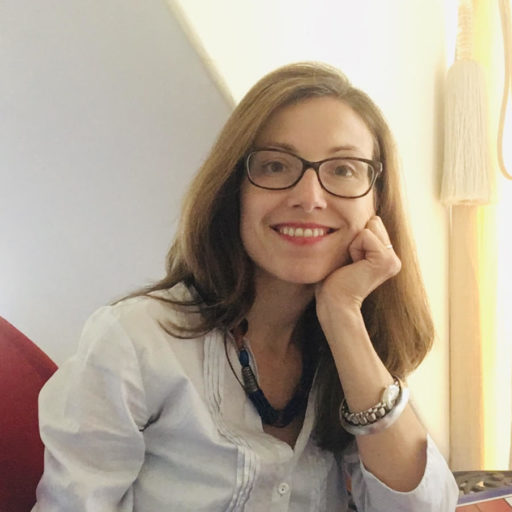 Other posts about this region:
Deutschland, Europa 1 comment Join the discussion
to receive information about new articles and services of Verfassungsblog.de. I know that I may withdraw my consent at any time. More information in the privacy policy.
Verfassungsblog complies with the new GDPR.
Read about it in our Privacy Policy. I opt-out
permanently of anonymized tracking via Google Analytics on Verfasssungsblog.de. This will create a cookie on your device to save your decision.
Go to Top