He isn’t gone yet. He is still in office and can be relied upon to do whatever might help him stay there, perhaps even up to starting a war with Iran. The cork will have to stay in the champagne bottle for a little while longer, I suppose. But while it will be determined next week whether the eight-party anti-Bibi coalition in Israel and its super slim majority will actually hold and the new government be confirmed and sworn in – while that unfolds, we may start thinking about what that would mean: He is gone.

Binyamin Netanyahu, Israel’s on-and-off Prime Minister for a quarter of a century, authoritarian populist long before it was cool, co-founder of the whole genre and one of its living legends, before whose slithery irremovability, immune to all the vicissitudes of democracy, even Viktor Orbán had to bend his knee in humbleness and awe: suddenly gone! Voted out. The first true authoritarian populist leader, after Trump, to be peacefully, democratically removed from power. What does it mean?

The pessimistic reading: much less than you think. Naftali Bennett, his presumptive successor, leads a party of hard-nosed West Bank settlers which bears its wish to overtake Netanyahu’s Likud party on the right literally in its name. His coalition ranges from the far right to the far left and is held together by little other than the person it is directed against, namely Netanyahu. When he is gone: how long will it survive him?

The optimistic reading: much more than you think. The very span of the coalition that makes it seem so unstable and limited in its scope for action indicates how democratic politics could become possible again at all in the wake of an authoritarian populist government.

Virtual Conference – Rule of Law in the EU: Consensus and Discontents

This event will host 30 academics from 14 different countries who will explore the meaning, function and transformation of the Rule of Law within the European Union in the light of contemporary national and transnational challenges.

The full conference programme and registration details are available here.

During the last few years under Netanyahu, politics had literally become impossible. From the Gaza conflict to the pandemic, everything, even the most existential political problems of the country were dealt with only under the sign of Bibi’s personal hold on power. Democratic politics, the searching for and finding of common ground among the diverse to form a majority, no longer took place.

This new coalition appears like a counter-statement to all that – precisely because of its enormous span. It makes tangible that and how politics works as a process of negotiating majorities among the diverse. So diverse that it includes representatives of the Arab minority. This had been until very recently an absolute taboo of any Israeli government policy – and was, ironically, made possible by nothing other than Netanyahu’s populism, who had previously sacrificed this taboo to his personal preservation of power himself and thus cleared the way for his opponents to enter into this alliance in the first place, without having to fear the accusation of betraying Zionism from Likud. The United Arab List, which will support the new government, is conservative, religious and above all interested in improving the living conditions of Arab Israelis. The fact that it now has a share in power is in itself a downright miracle in a country that has just a few days ago looked into the abyss of an Arab-Jewish civil war.

Of course, Netanyahu’s defeat would not equal the defeat of authoritarian populism in Israel. The urge to subjugate the institutions and procedures of the constitution, and above all the independent judiciary, to one’s own political ends is widespread in the new coalition, too. For Netanyahu and others, its root is mainly their justified concern about being tried and convicted themselves. For others, it is ideological, especially for Ayelet Shaked, the number two in Naftali Bennett’s Yamina party and former Minister of Justice under Netanyahu. There is a flirtatious video in which she sprays herself with a perfume called „Fascism“ and announces her fight against „judicial activism“ and for „restricting the Supreme Court“ as the „next revolution“. She has secured a place on the nine-member judicial selection committee for herself. By 2024, there will be four vacancies in the Supreme Court to fill, each requiring a majority of 7 out of 9.

Limiting the power of the Supreme Court to review parliamentary laws for their constitutionality is in any case a heart issue of the Israeli right. If Shaked had her way, the Knesset should have the power to override judicial review with a simple majority. Former Netanyahu rival and Likud interior minister Gideon Saar, the designated Minister of Justice in the new coalition, has also advocated clipping the wings of the Supreme Court, though apparently in a less radical way than Shaked.

Examples such as Canada show that parliamentary override powers do not necessarily mean the end of the rule of law and the constitution. One would just have to be certain that it can’t be abused in an authoritarian-populist way. A piece of constitutional legislation on which Saar and Shaked have found common ground with the feminist Merav Michaeli, the socialist Nitzan Horowitz and the Arab Mansour Abbas seems to me not the worst way to guarantee this. It would fill one of the remaining gaps in Israel’s incomplete constitutional setup, since a Basic Law: Legislation does not yet exist. Another such gap is the fundamental right to equality and the rights of minorities. A corresponding Basic Law is also lacking for this so far. Can these gaps be closed? That’s a matter of negotiation, I suppose.

People are always quick to talk about Weimar when parties that are detrimental to democracy force unlikely and precarious coalitions in parliament. This suggests that such a coalition is bound to fail and, when it does, take the whole democracy down along with it. This kind of determinism was not true for Weimar and it is not true now. It is precisely when things get tight for democracy that such coalitions can keep alive the basic condition for majoritarian democracy in the first place, namely that it remains conceivable that one competes for power with others who are different but equal, with whom one can afford to negotiate and compromise and even, if need be, concede to be outvoted. It seems that this perhaps may now – inshallah! – become possible again in Israel. Who would have thought.

Many thanks to Alon Harel, Tamar Hostovsky Brandes and Yaniv Roznai for invaluable input.

The emergence of an anti-Bibi coalition is not the only thing to report and comment on from Israel this week in terms of new matters constitutional: On 23 May 2021, the Supreme Court, in its capacity as the High Court of Justice (HCJ), made an important decision on the question of whether and when, and for what purpose, parliament can amend the constitution. As is well known and mentioned above, the Israeli constitution consists of an – incomplete – set of parliamentary laws called Basic Laws. Can the parliamentary majority change these laws in order to gain short-term advantages in certain political situations? This is a question that concerns authoritarian populism at its core – and is answered by the majority of the High Court in its current composition in the negative. YANIV ROZNAI and MATAN GUTMAN analyse the decision.

In Austria, Chancellor Sebastian Kurz is resolutely taking the path towards authoritarian populism: parliamentary enquiry committee, constitutional court – whatever institutions dares to cross him is marked as political opponent. Now the public prosecutor’s office is investigating the Chancellor for making false statements. KONRAD LACHMAYER finds that the rule of law has so far prevailed but is deeply worried nevertheless. 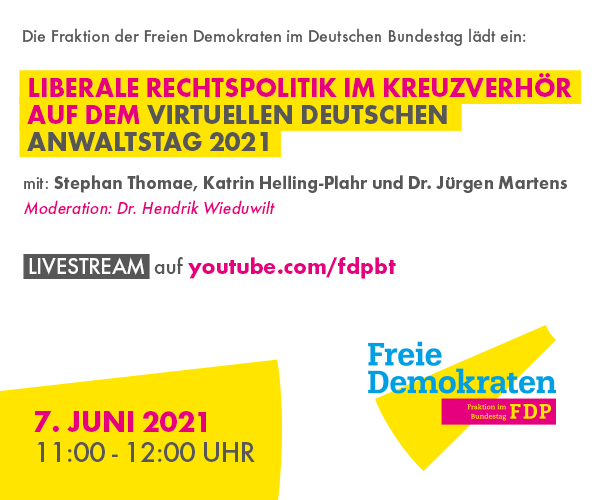 In the UK, Dominic Cummings, once Boris Johnson’s chief adviser, testified in the House of Commons last week about the British government’s handling of the science on Covid-19. VESCO PASKALEV analyses the revelations from the perspective of the (im)possibility of evidence-based policy.

Those who join the EU remain bound by the rule-of-law standards required for accession. The ECJ made this clear a few weeks ago, using Romania as an example. BIANCA SELJAN-GUTAN and ELENA-SIMINA TĂNĂSESCU examine the implications of this extremely important ruling.

The ECtHR last week published two linked judgments on surveillance measures in the UK and Sweden. MONIKA ZALNIERIUTE explains why the first of the two judgments, Big Brother Watch and Others v. United Kingdom, is far from being a victory for data protectionists, as the court actually legitimised state surveillance of communications through „procedural fetishism“. MARK KLAMBERG criticises the second judgement, Centrum för Rättvisa v. Sweden, which has attracted much less attention, because the court did not sufficiently examine the Swedish surveillance regime and thus overlooked how dangerous it really is.

Last week I had already reported on the ECJ decision on the Turów open-cast lignite mine in the German-Polish-Czech border triangle. ELENA BASHESKA explains why this decision against Poland is more than just any infringement procedure.

Regarding the potential EU accession candidate Bosnia-Herzegovina, there was an EU ’non-paper‘ in April, possibly in the context of the upcoming Slovenian Presidency, which brought up the idea of redrawing borders along ethnic lines. JULIA SCHULTE finds the horror this idea has caused in the Balkans quite justified.

Denmark is the first country in Europe to no longer grant protection to Syrians who have fled from the supposedly „safe“ region of Damascus. Behind this is a general paradigm shift away from permanent protection status, which the Danish government has been pushing since 2015. NIKOLAS FEITH TAN and JENS VEDSTED-HANSEN see a regulatory gap in European asylum law here.

With the end of the NATO mission „Resolute Support“ in Afghanistan, the lives of local Afghan personnel are in acute danger. For GABRIEL NOLL, their protection by Germany is not only morally imperative, but also arises from the constitutional duty to protect these persons‘ fundamental rights.

On Europe Day on 9 May, the Conference on the Future of Europe was launched. CHRISTOS MAVRAKOS proposes to think about the foundation of a European Political Union.

In Germany, the Supply Chain Act came into force, a milestone for the protection of people and the environment in global supply chains. However, JANNIKA JAHN points out that the law could not only stimulate but also limit the international negotiation process by restricting the openness of Germany’s negotiating position.

After the CSU and the Greens, the FDP has now also adopted the demand for a term limit for German chancellors. The demand is popular, but does not fit the model of government and the practice of parliamentary party democracies, finds FRANK DECKER.

ANNA DZIEDZIC looks at the small Pacific island nation of Samoa, where two party leaders are fighting for the office of prime minister after a contested election. The constitutional issues surrounding this crisis are complex and growing in number by the day.

In India, new rules and obligations have come into force for platform operators, which the government justifies with the safety of users online. However, according to ABHINAV SEKHRI and TANMAY SINGH, the IT Rules 2021 regime primarily gives more power to the government to control and restrict free expression.

That’s it for this week again. Please consider joining our steadily growing community of supporters!

Other posts about this region:
Israel und besetzte Gebiete No Comments Join the discussion
to receive information about new articles and services of Verfassungsblog.de. I know that I may withdraw my consent at any time. More information in the privacy policy.
Verfassungsblog complies with the new GDPR.
Read about it in our Privacy Policy. I opt-out
permanently of anonymized tracking via Google Analytics on Verfasssungsblog.de. This will create a cookie on your device to save your decision.
Nach oben