Evolution and Mutation in the EU’s DNA

The Proposal for a Reform of the Schengen Borders Code

For more than 35 years now, the name of a tiny village in Luxembourg has served as symbol for open borders, cooperation and freedom on a continent in which borders have often been at the root of conflicts between its States and the oppression of their citizens: A part of “Europe’s DNA”, as the European Commission put it. However, during the last years, the Schengen Area has increasingly come under pressure. Terrorist attacks, migration and the Covid-19 pandemic have piled up to a threefold stress test that has brought the current Schengen architecture and its cornerstone, the Schengen Borders Code (SBC), to its limits and beyond. Formerly “invisible” borders suddenly reappeared and returned to the forefront of European and national politics.

“Never let a good crisis go to waste”, the Commission might have thought when publishing its Proposal for a Reform of the SBC (The Proposal) in December last year, considering that a prior proposal in 2017 failed due to a lack of support in the Council. Currently, the proposal is following the steps of the ordinary legislative procedure. As of today, the proposal was commented on by the Economic and Social Committee, discussed in the Council and lays now in the field of the Civil Liberties, Justice and Home Affairs Committee at the European Parliament.

A topic that has received only little attention in this context is the proposed reconceptualization of internal border controls within the Schengen Area: In order to get rid of “classical” border controls, the Commission’s proposal tries to incentivise Schengen States to substitute them with so called “alternative measures”. These measures include for example the enforced use of police powers and most importantly of monitoring and surveillance technologies. These technologies and their impacts confront us with the question what it means to move “freely” within an area of freedom, security and justice without internal frontiers, as provided for in Art. 3 II TEU and raise serious fundamental- and human rights related concerns.

Context of the proposal

Some aspects of the proposal have already been discussed on this blog. For example, the simplified return procedure for third-country nationals (TCNs) and the necessity of reform against the context of the latest CJEU jurisprudence. In other places, the Commission’s role in the enforcement of the SBC and the impact of “alternative measures” to border controls to curb secondary movements on TCNs were analysed.

The Proposal begins by pointing out that the “threefold stress test” has jeopardised the proper functioning of the Internal Market and undermined the climate of trust necessary to sustain an area free from internal border controls. The Commission emphasizes the sovereign right of Schengen States to reintroduce border controls. Simultaneously, the Commission criticizes that these border controls now appear to have become permanent precautionary measures.

Against this background, the role of the Commission in reforming the SBC is rather the one of a “broker” than the one of a technocratic policy maker: On the one side the Commission has to respect the Schengen States’ essential State function of maintaining law and order and safeguarding national security under Art. 4 II 2, 3 TEU and Art. 72 TFEU, manifested in Art. 25 SBC that enshrines the States’ right to reintroduce border controls that respond to a serious threat to public policy or internal security. On the other side, the Treaties establish in Art. 3 II TEU that “The Union shall offer its citizens an area of freedom, security and justice without internal frontiers”, further detailed in Art. 67 II and 77 TFEU. This cornerstone of the SBC is in turn enshrined in Art. 22 SBC, providing that “Internal borders may be crossed at any point without a border check on persons, irrespective of their nationality, being carried out”.

Nevertheless, one should not confuse the role of the Commission as a “broker” in reforming the SBC with its constitutional role as “Guardian of the Treaties”. In this role, its mandate is to ensure that EU law, including the SBC, is complied with. As of today, the Commission’s track record in enforcing the SBC is, mildly said, mediocre. Since September 2015, Schengen States have notified reintroduced internal border controls more than 250 times. Currently, Germany, Austria, France, Sweden, the Czech Republic, Denmark and Norway have notified controls on their internal Schengen borders. Of course, not all of these controls violate(d) the SBC. However, for years, critical voices pointed towards the systematic and ongoing violation of EU law, particularly regarding the constant prolongation of border controls. These critiques were recently confirmed by the CJEU in the NW judgment, where the Court held that the 6-months duration for reintroduced border controls is an absolute limit and that further prolongations need to be based on new threats.

In case you wonder about the Commission’s inaction prior to this judgment, you are in good company: The CJEU did not mince its words when it included a side blow towards the Commission in the NW judgment, stressing the essentiality of the implementation of the procedural rules for the reintroduction of internal border controls (paras 91-92). At least it seems the CJEU has made itself heard clearly enough: The judgment is echoed within the Council’s approach to the Reform Proposal two months later, where a new recital 43a) was included stating that “[…] the reintroduction of internal border controls on account of the same threat should not be for an unlimited period.”

The vacuum left nonetheless by the Commission’s negligence to initiate an infringement procedure is increasingly driving attention towards other forms of EU-law enforcement like strategic litigation. The plaintiff in the NW judgment for instance was a Dutch Migration Law Professor that I dare to assume was not controlled coincidently. Moreover, the Economic and Social Committee’s comments on the Reform Proposal sees civil rights organisations in an important role to ensure respect for fundamental rights and thereby EU-law.

Against this background: What now, does the Commission propose to reform the SBC?

On a procedural level, the Reform Proposal provides inter alia that Schengen States, before prolonging border controls, shall assess whether the objectives pursued by such a prolongation could be attained using alternative measures. This rather mild procedural limitation of Schengen States’ leeway has been poignantly criticized as symptomatic for the Commission’s strategy of conflict avoidance that rather adopts supranational law to Member State’s practice than vice versa.

Substantially, the Proposal expands the range of alternative measures that should not be considered as equating to internal border controls. Most importantly, the exercise of police powers may include the use of monitoring and surveillance technologies. Read together with the explanation of the Commission’s original proposal and the Impact Assessment, this includes for example the retention and analysis of Passenger Name Record (PNR) and Advanced Passenger Information (API) data. This data contains information provided by the passengers during check-in or reservation for example on the travel itinerary, payment and contact details or baggage (PNR data) or information contained in travel documents (API data). Whereas PNR data is already today collected and used for all flights, including intra-EU flights, the usage of API data is currently limited to flights entering the EU from third countries. In other words: If the Proposal were to be adopted in its current form, PNR and API data of persons crossing internal Schengen borders with any kind of commercial means of transport like trains, busses, flights or ferries could be collected and analysed.

This comes despite the fact that already the current PNR procedure is controversial and subject to several proceedings before the CJEU. Belgian and German NGOs have initiatied strategic litigation arguing that their national PNR legislation is incompatible with the right to privacy and the protection of personal data under Art. 7 and 8 of the Charter.

The usage of PNR and API data are only two examples of a general trend to transfer monitoring and surveillance technologies from the external to the internal borders of the Schengen Area. Whereas the Commissions’s original “Smart Borders Package” from 2013 focussed on the technologization of migration control on external borders, for example through the use of biometric data, the Proposal shows that it is increasingly used as a blueprint for internal Schengen borders. This logic of “internalization” was quite bluntly laid bare during the stakeholder consultations in which “a considerable number of Member States” asked the Commission to consider the intra-Schengen use of technology that is currently employed only at the external borders.

On a technical level, the proposal fits into the bigger picture of the Commission’s Schengen Strategy, that supports the increasing surveillance of intra-Schengen mobility as a means to “put the ecosystem of rules back into balance and reinforce mutual trust between Member States.”

But at which cost and with which perspective? From a fundamental rights point of view, the proposal raises serious concerns.

Police checks in border and migration contexts are already susceptible to racial profiling and racial discrimination that violate Art. 21 of the Charter. A bit counterintuitively but still, this applies even more to the application of digital technologies like mass data retention and algorithmic analysis as well as biometric data. As pointed out in the Report of the UN Special Rapporteur on contemporary forms of racism, racial discrimination, xenophobia and related intolerance on the increased use of digital technologies in the border and immigration enforcement context, these technologies significantly increase the risk of racial discrimination – a concern shared by the EU’s Economic and Social Committee. Also, during a recent hearing before the CJEU, the European Data Protection Supervisor expressed doubts about the compatibility of processing of PNR-data from intra-EU flights and other intra-EU cross-border means of public transport with the Treaties and the Charter.

To conclude, the envisaged Reform Proposal makes the crossing of borders in the Schengen Area increasingly conditional to far-reaching surveillance. Whether this can still be considered “free” movement in the meaning of Art. 3 II TEU seems at least dubious. The classic uniformed border guards and turnpikes might mostly be a thing of the past, but their invisible digital equivalents seem to take their place. The absence of visible border controls shouldn’t be confused with the absence of border controls all together – not today and potentially even less in the future.

The Commission’s aim to “restore and reinforce trust between Member States” to put the Schengen Area back to work seems to come at the cost of trust in the individuals moving through it. The deal the Commission has brokered with the Member States until here appears to consist of exchanging border controls for nearly indiscriminate surveillance of persons making use of their right to cross the Schengen Area’s open borders. Blurring the lines between internal and external borders could drag the rights of union citizens and fundamental and human rights down into the vortex of the security paradigm that equals migration with security risks. For union citizens, it is perhaps time to realise that the fusion of the paradigms of security and migration that this deal is premised on, and which usually operates quite reliably to the detriment of TCNs, this time does not leave their freedoms unscathed. Therefore, it is time for the European Parliament to step in. Otherwise, this Reform Proposal might turn out to be rather a mutation to the EU’s DNA than the next step in a quite remarkable evolutionary development.

As Ylva Johansson, EU Commissioner for Home Affairs, put it in her speech commemorating 35 years of Schengen: “Sometimes you don’t know what you’ve got till it’s gone”. 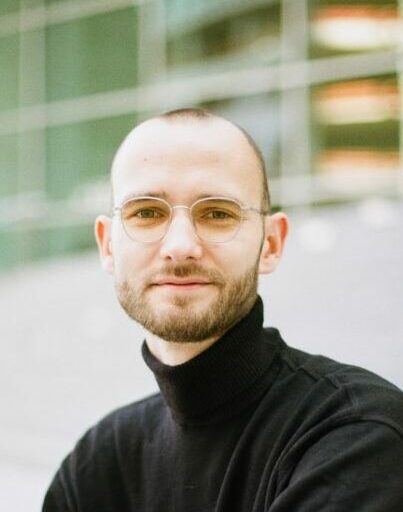