A Citizenship Maze: How to Cure a Chronic Disease?

European Union (EU) citizenship is in crisis. If the Eurozenship debate, composed of experts on EU citizenship, is analogized to a doctor’s diagnosis, the outcome is more extensively polarized than initially thought—a chronic disease, not just a temporary disorder. As I follow the debate, it is no longer clear what the problem is—there seem to be too many, real and imaginary—or how to heal it. Some issues seem to be “genetic,” part of the EU’s DNA, yet others resemble a concrete illness that may be cured, so the argument goes, by a “doctor’s prescription,” which in law means a legal design.

Dora Kostakopoulou’s diagnosis indicates four problems: statelessness, lack of citizenship for children born in a Member State with no jus soli rule, third-country nationals who have no due path to ordinary naturalization, and a mass loss of citizenship as in the case of Brexit. Her concern is with what Jean-Thomas Arrighi calls under-inclusive rules, “whereby a person has a legitimate claim to EU citizenship status, but does not have it because of illegitimate state practices.” Other authors have added a long list of additional problems. Jean-Thomas Arrighi also reminds us of the other side of the coin—over-inclusive rules whereby persons, who have a less legitimate claim to EU citizenship, still receive it, such as co-ethnics living outside Europe and foreign investors. Jelena Dzankic brings her story—people trapped in a system of different definitions and categories in Member States—and Dimitry Kochenov blames Dora for largely focusing on “imaginary” issues, rather than what he sees as “real” problems.

Having a complex diagnosis, no wonder the reader is lost in a maze even before trying to understand the “solution.” Dora’s prescription contains the idea of an autonomous EU citizenship, disentangled from Member States’ nationality, to be gained by a “domicile for a period of five years in the territory of the Union.” Her proposed reform has provoked a fierce debate and strong objections on different grounds: theoretical, conceptual, historical, legal, and political. Every author, it seems, has a different prescription—from a reform of nationality laws (Rainer Bauböck), through a full freedom of movement for EU citizens or a “rescue residence” option (Jules Lepoutre), to an individual exercise of constituent power (Oliver Garner), to name just a few examples. The only agreement seems to be that Dora’s proposal is somehow “wrong.” All the rest is disputed—twelve experts have fifteen opinions (often radically different). Luckily, Europe is not a patient. Unluckily, this is not merely an academic exercise.

Following the same pattern, I want to add—or perhaps reframe—three additional problems to those identified by Dora (and others): instrumentalism, federalization, and (lack of) solidarity. As for the first, EU citizenship is an instrumental status, to the point that one wonders whether it can be considered “citizenship” at all. It has very few rights associated with the status, mainly free mobility rights, no duties, and almost no shared identity (i.e., European demos) or participation for the common good. Christian Joppke rightly observes that Union citizenship has instrumentalism “written on its forehead.” He finds that it resembles a Roman conception of citizenship in which “a citizen is a legal, not political being”; such a conception is a „rights-based and more interest-focused citizenship.” EU citizenship is “the avant-garde of ‘citizenship lite’, exclusively about rights with no complementary duties whatsoever, decoupled from even the thinnest of identities.” While this may be an advantage—it emancipates citizenship from its “sacred” meaning—it undermines solidarity and leads to some of the problems identified in this debate. Member States simply treat Union citizenship for what it is—an instrument for promoting their interests (e.g., selling citizenship or granting it for co-ethnics abroad).

The second problem is federalization. With the establishment of Union citizenship by the TEU in 1992, most people saw EU citizenship as a “purely decorative and symbolic institution,” as Dora mentioned in her ELJ article, an instrument to facilitate labor mobility and promote economic interests; in spite of these assumptions, EU citizenship has grown to be a different institution. First, the EU has adopted several directives that have turned national citizenship to a weaker concept. In particular, the Directive concerning the status of third-country nationals who are long-term residents (2003/109/EC, 2003) has created a status similar to citizenship and made the distinction between Union citizens and long-term residents thin. It means that “citizenship” rights are mostly granted to long-term residents and largely governed by EU law. Second, European courts have narrowed Member States‘ power on nationality issues. The ECJ has ruled that admission to citizenship and citizenship deprivation are subject to European law; e.g., measures of integration can only be lawful if they are proportional and suitable to facilitate integration, not as a means to filter out people (Chakroun, 2015: paras 42-60). The submission of nationality rules for the approval of justices in Luxembourg was not originally foreseen.

Precisely because EU citizenship derives from national citizenship, one could expect that Member States would exercise sovereign powers according to mutual solidary. The political reality, however, is quite the opposite. First, naturalization policies in Member States are based on national interests and by and large do not consider the interests of other Member States or a “European interest,” although such decisions affect all Member States and Europe as a whole. States use naturalization policies as a means to overcome economic crisis (Malta, Cyprus) and prioritize ethnic diaspora outside Europe (Italy, Greece, Hungary, Romania, Spain). The dissimilarity between Member States’ policies also means that a person wishing to become European can be naturalized in a more permissive state, for instance Sweden, and then resettle in a state with a stricter regime, for instance Denmark. Second, although admission policies are separate from citizenship decisions, they are likely to affect other Member States since the regulation of territorial admission pre-selects those who later may become citizens, and there is a link between the two (especially in countries that apply the principle of jus soli).

These “problems” are quite different than the ones identified in the debate in the sense that they are not merely about individual human rights violations, caused by EU citizenship regimes, but rather bring the points of view of Member States. Searching for a solution, I believe, is not only about human rights and ethics but also about the political interests of states. A solution is thus a political necessity.

While I do not claim to have solutions, I want to offer another idea, which, in spite of its low political feasibility (e.g., it requires a Treaty amendment), is worth considering—an EU Directive on Citizenship. It can set up three issues: Member States may agree on common rules, regulating areas that will either be a shared core European policy or be left to the sovereign powers (do’s and don’ts). For instance, they may agree that selling citizenship is impossible without genuine links to a Member State, or that the means for evaluating integration can vary among states. In other words, states can agree on certain issues, as a minimum; agree to disagree on other issues; and agree on procedures that must follow on some issues so that a substantive outcome will be respected even without agreement if certain procedures are taken. To be clear, a directive on citizenship does not mean a uniform EU policy but merely a partial harmonization (“a more uniform legislation on acquisition and loss of their citizenship,” to use Eva Ersbøll’s words). At the same time, it may clarify legal boundaries, as the current situation leaves states with no clear rules of how to regulate citizenship without being condemned for human rights violation, and creates a legal lacuna that is filled out by European courts.

An intermediate solution, given the difficulty to reach an agreement among Member States, can be multilateral agreements among (some) Member States in light of the attempt of the Nordic states to harmonize citizenship rules in the 1940s, as Eva explains. Take residency requirements, for example. If Germany requires eight years’ residence for ordinary naturalization, a multilateral agreement between Germany and other Member States (say, Austria, Italy, and The Netherlands) can recognize the fulfillment of the residency requirement inasmuch the applicant has lived eight years in these states, even if not eight years entirely in Germany. Such an idea can solve part of the problem—e.g., Jelena’s story—and, in the long run, may politically incentivize other Member States to join the agreement for their benefit. This approach would enable noncitizens to get access to citizenship by demonstrating “genuine links” to different Member States, which, although they may not be sufficient for national citizenship in one state, can grant access to citizenship by showing sufficient genuine links as a whole. Such a direction will not harmonize EU citizenship law at once but (possibly) in stages.

Dora’s kickoff should be welcomed as a reflection on how to correct the deficits of EU citizenship law. Her analysis is motivated by Brexit. It’s a “good cause,” as Dimitris Christopoulos recognizes, yet full of particular characteristics that make it a wrong paradigmatic case to reform EU citizenship, as Daniel Thym and Richard Bellamy rightly indicate.  Brexit is just a symptom of a much deeper illness. Instead of reforming EU citizenship law to solve Brexit, the effort should be on the root problems that led to Brexit. Paradoxically, Brexit can be Europe’s constitutional moment to reform its citizenship regimes. 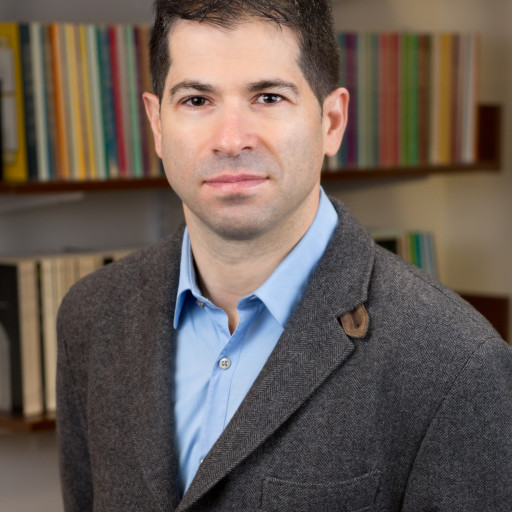