The Force awakens – The Schrems case from a German perspective

„It has also been confirmed that Solange Episode III is set about 30 years after the events of Solange Episode II, and will star a trio of new young leads along with some very familiar faces. No further details on casting or plot are available at this time.“

Sometimes, a story and its happy ending have become so successful over time that it becomes almost impossible to imagine that one day this story may turn out to be far from over. The legendary Star Wars movie series is such a story that rather unexpectedly will have a sequel, Episode VII, in 2015.

But there have been rumours for some time that in Germany Solange Episode III was in the making, with a release date 30 years later, around 2016. Apparently, pre-production has already begun, although not much is known about the plot or the cast.

The ECJ’s Schrems decision will bring some turmoil to the Solange Episode III production in Germany. Here are some elements of what the German production team may consider noteworthy:

Recital 94 gives the answer, and again, some may be tempted to say that they simply use the German approach: “the essence of the fundamental right”, that is the threshold; this is the minimum protection that must not be given up. In the German version of the ECJ ruling in Schrems, essence is “Wesensgehalt”, which is clearly copyright of the German fundamental rights doctrine. It is also the wording of Article 52 of the EU Charter of Fundamental Rights, though.

Anyway, the overall approach seriously endangers a German Solange Episode III project: according to rumours, the plot of Solange Episode III could be built around the idea that the essence (!) of fundamental rights is part of national constitutional identity in the Member States, which in turn is respected by the European Union under Art. 4 para 2 TEU.

Put differently: Solange Episode III may stand and fall with the idea that the Member States’ constitutional courts may defend “the essence” or the core of fundamental rights guaranteed under their respective constitutional orders. If the ECJ already defends “the essence” of fundamental rights – even against the US –, there may be not much room left for the national courts to justify why they would want to scrutinize EU acts.

The only plot hole that could be filled with Solange Episode III would be the respective national specificities, e.g. in Germany the specific understanding of human dignity. One may doubt whether this is enough substance for another full-fledged “Episode”.

So what’s the overall assessment, is the Solange Episode III production doomed because the ECJ in Schrems takes away whatever could be important or even just original in Solange Episode III? It depends, of course, on the details of the Solange Episode III script and its overall undertone. If Solange Episode III came across as simply preparing Episodes IV, V, VI… it could turn out to be received by its audience as a selfish marketing operation of a project that used to be successful but that has outlived itself. If on the other hand the plot included a significant role for the ECJ, in the spirit of a cooperative constitutional pluralism, it could become a new success.

One is tempted to use dramatic words: “The fight for becoming the leading fundamental rights court in the European Union has only begun.” This may be a little over the top, but still in essence good news for fundamental rights, not only in Europe; bad news for the dark side of the Force. And, I repeat, potentially another interesting plot underway.

What is even more important is to realize that the Schrems case leaves a lot of room for national productions totally different from a Solange Episode III in Germany.

After Schrems, a significant part of data processing by US based companies is essentially illegal. The ECJ is not terribly interested in distinguishing the private from the public side of the threat. And the ECJ is not explicitly trying to impose obligations to protect (Schutzpflichten) on the EU or on the Member States (see recital 72 though), which is one of the tools German constitutional thought suggests in the present context. They just look at the result; “the essence” of fundamental rights must be protected.

It is now the task of the national data protection agencies to act. The irony is that the very requirement that EU law introduced, the complete independence of these agencies, makes it difficult to coerce them into action. But the ECJ seems to be willing to make it easier for them to get hold of companies, as the Weltimmo-case decided just days before Schrems seems to indicate once again.

In Germany, federalism takes its toll: data protection is decentralized, comprising a federal agency with limited powers and 16 Länder agencies. It is easy for companies to play the game they also play at the European level: with a threat to move to another place where authorities are less zealous to protect data which includes the explicit or implicit threat to take jobs and taxes away, the agencies will face political pressure to think twice before they fine companies.

The major centralized Member States such as Spain and France with their powerful data protection authorities will be decisive. The CNIL (Commission nationale de l’informatique et des libertés) can issue fines up to 300.000 Euro, the AEPD (Agencia Española de Protección de Datos) up to 600.000 Euro. This may be peanuts for a multi-billion dollar company – depending on the number of cases.

The European Commission can also play an important role, and the Commission is not an independent agency. It can be held responsible politically and legally for non-action. On a larger scale, the reaction to and the implementation of the ECJ’s ruling should also be a political one, by means of legislation, national and European, but also in TTIP negotiations, which may also mean to insist on more territoriality. It is too easy to simply discard fundamental rights standards as technically impossible to implement. If the threat to fundamental rights is manmade, there will always be a solution. It depends on the political will to implement it.

And there are the Union citizens, of course, who can try and force their respective data protection agencies to act, this is simply what Max Schrems did. In Germany, this would be a Verpflichtungsklage against the competent Datenschutzbehörde. If there were hundreds and thousands of Schrems-cases, it would reveal the ultimate power of (continental) European data protection ideals: the market power. The US companies in question need the European market. We – more or less – need their outstanding hard- and software products. A genuine agreement instead of self-certification – but don’t forget “the essentials” – should be possible.

“Don’t underestimate the Force!“ – a famous quote that can have many distinct meanings in the present context… 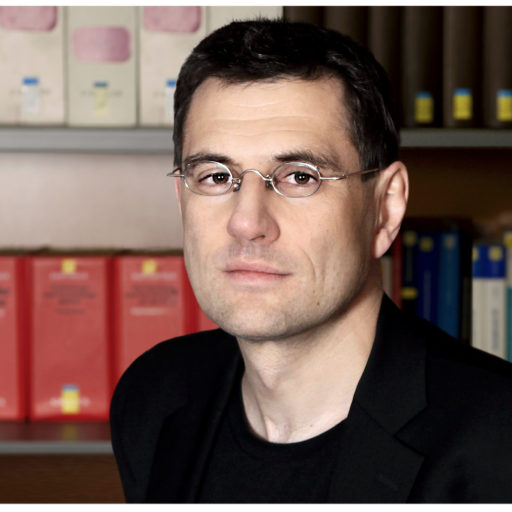 Other posts about this region:
Europa, USA No Comments Join the discussion
to receive information about new articles and services of Verfassungsblog.de. I know that I may withdraw my consent at any time. More information in the privacy policy.
Verfassungsblog complies with the new GDPR.
Read about it in our Privacy Policy. I opt-out
permanently of anonymized tracking via Google Analytics on Verfasssungsblog.de. This will create a cookie on your device to save your decision.
Go to Top