“Constitutional Resilience – How Can a Democratic Constitution Survive an Autocratic Majority?”: Freedom of Speech, Media and Civil Society in Hungary and Poland

1. When Dieter Grimm, then-Justice of the German Constitutional Court, received death threats, had bodyguards watching after him and bulletproof window glasses installed in his home in Karlsruhe – after a highly controversial chamber ruling on free speech, leading to the “soldiers are murderers” decision of the court’s first senate in 1995 – he was asked in an interview about those menacing circumstances. He answered (I’m paraphrasing here) that this was not worth mentioning at all, that judges in other countries had to face real threats whereas he was working in a functioning constitutional democracy.

Leaving our panel of the workshop on Constitutional Resilience, I was reminded of this  interview, since I left with the highest esteem for those lawyers, scholars and members of organisations of civil society who reported on the situation in Poland and Hungary – and who are fighting against threats to human rights and constitutional democracy compared to which at least many German casebook cases, seem eerily harmless.

2. Our panel covered three interrelated topics: Freedom of Speech, Media and Civil Society. We heard about and discussed massive and flagrant violations of central commands of the fundamental rights of communication, especially of the prohibition of political viewpoint discrimination. We heard about and discussed, that is, an assault on the central values of freedom, democracy and respect for human rights, on which the European Union claims to be founded upon (Art. 2 TEU). In this short post I can of course not do justice here to the six excellent presentations we heard and discussed. As was frequently remarked, Hungary is further down the road to an authoritarian regime than Poland. Still, the reports from both countries should be quite shocking for anybody not already familiar with those developments.

3. In Poland, in 2015 and 2016 the ruling majority (of PiS) enacted laws that ensured government control over public media. The National Media Council was installed for that purpose. A judgment of the Polish Constitutional Court from 2016, declaring this Media Council unconstitutional, has not been enforced. More than 200 journalists were dismissed from public radio and television for political reasons. Although some of them have successfully sued, the systemic effects and the chilling effects of such a purge remain.

One can hardly think of clearer violations of the freedom of speech principles of the European Convention on Human Rights as laid down by the Strasbourg Court in its Manole Judgement of 2009 on Moldavia, §§ 95-102, esp. § 98: “A situation whereby a powerful economic or political group in a society is permitted to obtain a position of dominance over the audiovisual media and thereby exercise pressure on broadcasters and eventually curtail their editorial freedom undermines the fundamental role of freedom of expression in a democratic society as enshrined in Article 10 of the Convention […]. This is true also where the position of dominance is held by a State or public broadcaster.”

As Dieter Grimm stressed when visiting our panel, the public broadcasting systems of Poland (and Hungary can therefore also not be compared with public broadcasting as it is envisioned by the case law of the German Constitutional Court from its Deutschlandfernsehen judgement of 1961 (BVerfGE 12, 205) to the ZDF judgement of 2014 (in English here), under which public broadcasters have to retain a measured distance and independence from government control (“Gebot der Staatsferne”).

Perhaps the German constitution could be made more resilient if those principles of media pluralism (cf. Article 11 sec. 2 of the Charter of Fundamental Rights) and of independence of public broadcasters from government control were explicitly constitutionalized in Art. 5 GG?

Other examples of egregious violations of freedom of speech in Poland include judges that were disciplinary sanctioned for teaching about the constitution, demonstrators that were sanctioned for shouting slogans during a demonstration (because shouting allegedly violated the public order), journalists whose access to courts was restricted and against whom civil defamation proceedings were initiated for allegedly insulting state officials or the “dignity of the Polish people” (by critically discussing the Polish relationship to the Holocaust).

Civil society is under massive attack in Poland as well. NGOs critical of the Government have been defunded or had their funds frozen – also raising serious free speech concerns under the prohibitions of political content discrimination and viewpoint discrimination. Those are principles on which the case law of the Strasbourg Court could be clearer but which have been clearly articulated by the German Constitutional Court (cf. especially BVerfGE 124, 300 – Wunsiedel [2009]; English translation here; §§ 30 et seq.; see for the prohibition of specials laws [“Sonderrecht”] against certain opinions as such also [in German] also here, p. 74-75, 114 et seq. [with a comparison between ECHR, U.S. Supreme Court and the German Constitutional Court]; see also [behind paywalls] here, Rn. 145-148; Grabenwarter, Art. 5 [2013], §§ 121-127; Schemmer, Art. 5 Rn. 99.1-99.4).

The European Court of Human Rights, although it has yet to develop an explicit doctrine of viewpoint discrimination, has at least rightly stressed that “it would be incompatible with the underlying values of the Convention if the exercise of Convention rights by a minority group were made conditional on its being accepted by the majority”: “Were this so, a minority group’s rights to freedom of religion, expression and assembly would become merely theoretical rather than practical and effective as required by the Convention […]” (ECHR, Alekseyev v. Russia, 21 October 2010, No. 4916/07 et. al., § 81).

A state strikes at the heart of the freedom of speech if it aims at restricting certain political opinions or viewpoints as such, instead of protecting legal interests without regard to a specific opinion (cf. the Wunsiedel judgement, §§ 31-33, 49-52, 54). The prohibition of political viewpoint discrimination might therefore be another candidate for a codification that could strengthen the resilience of the German and European human rights system.

4. This impression is enforced if we turn to Hungary. The reports in our panel confirmed the diagnosis, that the Hungarian Government is merely pretending to play by the rules of a constitutional democracy.

Backed, in contrast to Poland, by constitutional amendments, the autocratic forces come closer to their explicit goal of creating an “illiberal state” (see this speech from 2014). To that end they follow a strategy of “rule by law” (see, e.g. Renáta Uitz, here), using legality as a means, targeting institution after institution and dismantling the rule of law “one step at a time” (see Miles R. Mafteanon, here, on the latest case of the Central European University; cf. also Cas Mudde, here).

The Hungarian government ensured its control over all media by installing the Hungarian Media Council in 2010. Moreover, it systematically undermined media pluralism by using state funds to foster media outlets which are loyal to the Government, especially by purchasing advertising time mainly from those outlets. Private companies are nudged by favorable regulatory treatment to do the same.  A shrinking group of independent media outlets is retained as a mere fig leaf (see also this recent piece in the New York Times on the systematic takeover of news outlets).

New media, for example Facebook, is also part of such strategies (in Hungary as well as in Poland) which are designed to systematically privilege (or damage) only specific political viewpoints as such.

An especially glaring further example of such political viewpoint discrimination is a law from this summer that levies a 25 percent tax on organisations that “support migration” by activities such as “carrying out and participating in media campaigns”, “educational activities” or “propaganda activity that portrays immigration in a positive light”. The law has been challenged at the ECHR. The Venice Commission is expected to issue an opinion this month.

5. Wolfgang Merkel advised us in the opening plenary session from an analytical, comparative perspective to relax a bit and realize, that these might be typical adjustment problems for the comparatively young eastern constitutional democracies. On the other hand, he also rightly stressed that, from a normative perspective, we should not yield the least bit from our commitment to constitutional democracy.

And indeed, as far as the threats to freedom of speech, media and civil society are concerned, it was forcefully demonstrated in our panel, that, from a normative perspective, the problems of Hungary and Poland are decidedly not external to western democracies.

No, the illness or health of the patient and its constitutional resilience have to be considered for the political body of the European Union as a whole. Since the problems of Hungary and Poland are internal problems of the Union, if they are resolved or not will be decisive for the future identity of this Union – for the normative aspirations that we, as European citizens, can credibly profess to believe in.

Freedom of speech, media freedom and the freedom of civil society are the lifeblood of democracy. If their destruction in Hungary and Poland continues at this pace, we all will, as Europeans, have failed the democratic idea. So, for a Union of democratic values, this is no time to relax at all. On the contrary, it is high time to sound the alarm bells as loud as we can – if we have not, like some (see Steinbeis, e.g., here, here, here, here here, here  here, here or here), already been sounding them for years.

Explore posts related to this:
Constitutionalism, Freedom of Speech, democracy 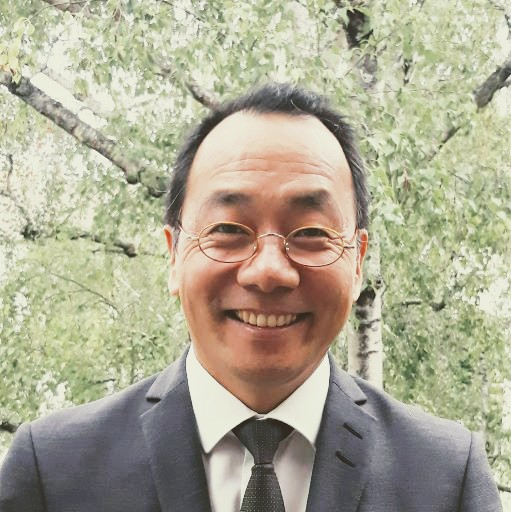 Mathias Hong Mathias Hong is Professor for Public Law at Hochschule für öffentliche Verwaltung Kehl. He is an Associate Editor at Verfassungsblog covering freedom of speech, freedom of assembly and public sphere issues.

Explore posts related to this:
Constitutionalism, Freedom of Speech, democracy