as guest editor for this week I will start my post with a question: How are you? I guess that most of you would reply: ‘Thank you, I am fine’. A simple answer to a simple question, right? But not for me. Not anymore. I am from Ukraine. On 24 February 2022, Russia turned my country into bloodlands. My home city, Kharkiv, is dying slowly under Russia’s missiles, day by day – for 135 days already.

Thousands of innocent deaths, millions of refugees, and countless families that have been separated. Most of the civilian casualties have been caused by the use of explosive weapons with a wide impact area, including shelling from heavy artillery, multiple launch rocket systems, and missile and air strikes. The lives of at least 40 million people (the population of Ukraine before the war) have been dramatically changed by Putin’s decision to launch the so-called ‘special military operation’. I know some of them by name. They are my friends, neighbors, my former colleagues, students.

Shock, but not surprise

I was shocked but not surprised by Russia’s full scale invasion of Ukraine. I knew something dark was brewing when the historical narratives escalated last summer (here). Putin’s ‘special military operation’ is a continuation of the war Russia launched against Ukraine in 2014 with the annexation of Crimea. This act of aggression did not have negative consequences for Russia in terms of international responsibility. After all, the annexation of Crimea did not stop. In April 2014, we saw the declaration of independence of the People’s republics of Luhansk and Donetsk whose ‘fight for independence’ was nothing else but Russia’s hybrid war against Ukraine for eight years. From February 2014, Russia was using a tactic of ‘we are not there’/ ‘it’s not us’ to keep up its appearance: first, it used unmarked forces to occupy Crimea, then, it was hiding its aggression behind the separatists in Ukraine’s Donbas. Now, everything is clear: methods and intentions. This is a war of annihilation (Vernichtungskrieg) against Ukraine. From eliminationist rhetoric and hybrid warfare Russia has moved to open military actions and abundant atrocities: mass murders in Bucha, Irpin, the tragedy of Mariupol, Russia’s missile terror against Kremenchug, Kharkiv, Kyiv, Odesa, Lviv, and many other places in Ukraine.

In July 2021, Putin published the essay ‘On historical unity of Russians and Ukrainians’, denying Ukraine’s statehood as such. The strongest statement and the strongest message of the essay reads as follows:

‘…we will never allow our historical territories and people close to us living there to be used against Russia’.

According to Putin, Ukraine is a historical mistake, an artificial state created by Bolsheviks on Russian historical lands; Ukraine is a hostile country used by the collective West against Russia’s interests; Russia has a right to regain control over its historical lands to prevent NATO eastward expansion which is a real imminent threat for Russia. Putin repeated these ideas in his addresses on 21 and 24 February 2022 explaining the reasons for the ‘special military operation’:

‘Russia cannot feel safe, develop, and exist while facing a permanent threat from the territory of today’s Ukraine […] I reiterate: we are acting to defend ourselves from the threats created for us and from a worse peril than what is happening now’.

Russia’s full scale invasion was not unpredictable; yet, it is still shocking.

The shock of the first day was paired with deepest disappointment in the UN Security Council.

It was not only the inaction of this Body, but the fact—or dark joke —that Russia chose to invade Ukraine while presiding over the Security Council. What could be more humiliating for international law, as a set of norms for peaceful coexistence, than having Russia’s representative sitting in the chair of the president of the Security Council on 25 February?

I wish I could erase this picture from my mind: Ukrainian cities are suffering from Russia’s airstrikes while Vasiliy Nebenzya, Russia’s permanent representative, is giving the floor to the UN’s diplomats at the Security Council. To make things even worse: all members of the Security Council accepted this gloomy circus, no one challenged the presidency of Russia for this meeting. The Security Council allowed Russia to chair the meeting intended to end Russia’s military offensive against Ukraine.

In this meeting the Security Council failed to adopt a draft resolution which would have deplored Russia’s aggression as being in violation of Article 2 (4) of the UN Charter, demanded from Russia to cease its use of force against Ukraine, and to withdraw all its military forces immediately, completely, and unconditionally from the country’s territory. As a permanent member Russia (mis)used its veto and blocked the Security Council’s decision. No one questioned Russia’s right to vote on the resolution in principle. No one referred to Article 27(3) and the obligation of a party to a dispute to abstain from voting.

As a result, Russia, an aggressor country, used the Security Council as a platform to justify the invasion, put all responsibility for civilian casualties on the Government of Ukraine: this is not a war, but a special military operation; the Russian Federation’s troops are neither bombing cities nor targeting civilians, Russia’s representative said. This is the greatest failure of international law in this conflict – that Ukraine, a country which gave up its nuclear weapons in exchange for international guarantees of its sovereignty, security and territorial integrity in 1994 under the Budapest Memorandum, falls victim to unprovoked aggression in 2022.

All dictators speak the same

Are we thus back to the times when brute force is everything while international norms and principles mean nothing? Do we want states to refer to ‘historical lands’ or ‘preemptive strikes’ as a justification for their increasing violence? Not least the historical disaster of World War II was also the result of such rhetoric.

On 1 September 1939, explaining the reasons for invading Poland, Hitler stated:

‘Danzig was and is a German city. The Corridor was and is German. Both these territories owe their cultural development exclusively to the German people[…] I am resolved to remove from the German frontiers the element of uncertainty, the everlasting atmosphere of conditions resembling civil war’.

‘The problem is that in territories adjacent to Russia, which I have to note is our historical land, a hostile “anti-Russia” is taking shape.’

Yet, Putin’s Blitzkrieg has failed. A short victorious war to take Kyiv in three days is already lasting more than four months. Ukraine has won a moral victory. It has achieved more than the UN Security Council could do for the global security and order, paying a high price with deaths and sufferings. Ukraine is the place where the fate of international law and order will be decided.

135 days ago, this terrible war has started. And 135 days later our basic request to the world remains unchanged: Stand with Ukraine!

German electoral law is notoriously complex. And according to a current reform proposal of Germany’s ruling coalition, this will not change in the future. This, however, is not the only problem with the proposed legislation. According to SOPHIE SCHÖNBERGER, the coalition’s proposal is in clear violation of the principle of electoral equality –  and therefore unconstitutional.

On 30 June 2022, the Supreme Court of the United States issued its long-awaited ruling in West Virginia v. Environmental Protection Agency on the final day of the Court’s term. In a 6-3 decision, the conservative-majority Court held that the EPA lacks authority to require power plants to achieve the “best system of emissions reduction,” thereby hampering the United States’ ability to tackle climate change—decades after the government first learned of the crisis. RACHAEL LYLE argues that this is a reckless decision. JONAS PLEBUCH and SIMON PIELHOFF address an institutional crisis of legislation in the US and a dilemma for the U.S. judicial and executive branches.

In Brazil, on the other hand, the Federal Supreme Court issued a diametrically opposed decision, just one day later. In its decision, the Court elevated international environmental law treaties, such as the Paris Agreement, to the status of international human rights treaties in the Brazilian constitutional system. According to INGO WOLFGANG SARLET und TIAGO FENSTERSEIFER, this hash wide ranging implications at the domestic level.

Last week, an article  in the „Frankfurter Allgemeine Zeitung“ attracted plenty of attention, arguing that a bachelor’s degree (LL.B.) in legal education alongside the traditional German state examination would be „dangerous“. JANA SCHOLLMEIER disagrees and explains why the reform of legal education is rather urgent.

Less than three years ago, Boris Johnson led his party to their largest election victory since 1987. Today, his premiership is in ruins, his party has abandoned him, and he has resigned in disgrace. The political aspects of the United Kingdom’s constitution are often said to be founded on the belief that politicians are good chaps. In reality, MICHAEL FORAN argues, this constitution, at least when it comes to issues of survival, is based on the maintenance of confidence.

Last month the European Court of Human Rights granted an urgent interim measure according to Rule 39 of the Rules of the Court in a case concerning an imminent removal of an asylum-seeker from the UK to Rwanda. LENA RIEMER critizises the UK’s policy of outsourcing. It is expensive, contrary to international human rights obligations, has significant adverse effects on those affected, scratches the state´s reputation, and increases existing tensions with the ECtHR.

In a recent letter, European Council President Charles Michel argued that neither he, as President, nor the European Council have the power to exclude democratically unaccountable representatives of a Member State from that institution, meaning Viktor Orbán. JOHN COTTER, however, is not convinced. President Michel’s apparent recourse to a literal reading of Article 15(2) TEU fails to consider its relationship with other provisions relating to the composition of the European Council. 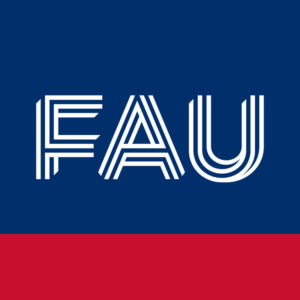 On May 31, 2022, the Italian Constitutional Court finally rendered its much-awaited decision about domestic legislation on surname attribution. The judgment deserves closer attention for two main reasons, argues GIACOMO GIORGINI PIGNATIELLO. Next to fostering gender equality, it also exemplifies the new role of the ICC within the Italian constitutional order.

Following the Federal Constitutional Court’s landmark ruling on the Bavarian Constitutional Protection Act, amendments to the federal and state constitutional protection laws are currently being prepared. The reforms will probably also affect the regulations on the secret observation methods of the Office for the Protection of the Constitution, such as the use of undercover agents. For FOROUD SHIRVANI, the issue is even more relevant, given that the rigth-wing party „Alternative für Deutschland“ may legally be surveilled.

A heated debate about the participation of transgender and non-binary people in female competitions is on-going worldwide. Just last month, the International Swimming Federation adopted a new policy which prevents transgender women from participating in its female top-competitions. DANIELA HEERDT believes this policy to be disproportionate and discriminatory.

For 18 days in June, the Ecuadorian society has descended into chaos. What started as a strike led by indigenous communities mutated into a multi-pronged social outburst that threatened the constitutional order as a whole. GUSTAVO PRIETO explains why the recent crisis in Ecuador is not just caused by economic factors, but posts a more comprehensive alert.

Verfassungsblog needs the support from all its readers. So if you aren’t already doing so you can start supporting us on Steady.

Alina Cherviatsova Dr. Alina Cherviatsova is Marie Sklodowska-Curie Research Fellow (project ‘To Destroy or to Preserve? Monuments, Law and Democracy in Europe’) at the Human Rights Center, Program for Studies Human Rights in Context, at Ghent University.
No Comments Join the discussion
pixel_not_set
Go to Top