Yesterday, I went to a live concert for the first time in more than two years. Sophie Hunger was playing at the sold-out Columbia Theatre, kicking off a new tour after a long pandemic break, with a new album that, like so much else these days, is a product of the COVID lockdown: Halluzinationen is its name. Hallucinations: you see, hear and feel it, but it is not true. Only now, she said after the first song, can she know: it is true. What she did with her band all those months is real, her music, art is perceived (wahrgenommen in German: taken for true), they are not by themselves in their soundproof studio any more, it is not just some flickering hallucinations that they are producing, but that they are bringing real living bodies into vibration with their own real living bodies. Don’t forget who makes the music, the singer sang: I’m the one who makes the music! How the audience danced!

Artistic freedom is granted by Article 5(3) of the Grundgesetz. A hall full of happy, singing, dancing people, making and listening to and enjoying music, made glorious use of this fundamental right on this evening. Many with masks, even more without. But all of them vaccinated.

Before the concert, while I was waiting outside, I had overheard a conversation between two men standing a few steps away. I’m not getting vaccinated, one said to the other. If I get it, I’m gone. I know that. But that’s my business. I’ll be gone then. But I won’t let myself be vaccinated. (Imagine that in the most endearing Berliner dialect which unfortunately gets lost in translation.)

These two wouldn’t have got into the theater if they’d wanted to. Vaccination certificate plus ID was mandatory and strictly controlled. The music fans streamed inside. Those two stayed outside. 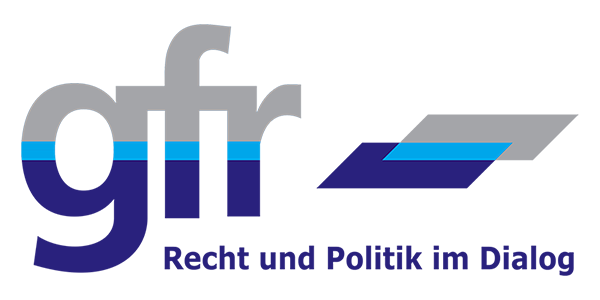 Last weekend I read an interview in the Süddeutsche Zeitung with an intensive care doctor who reported how much the composition of the patients on her ward had changed since last year. A „potpourri of difficult characters“, she said. Difficult people who cause trouble, complaining, having special requests, being offended and getting upset constantly. A very heterogeneous group, age, social status, gender, origin, but similar in that one respect, that they do not have an easy time with themselves and others. These difficult characters are filling the intensive care units, by their own fault and in ever higher concentration, testing the patience of the already overburdened staff to the limit and beyond.

The vaccinated go to the concert, the unvaccinated to intensive care. Like a sieve, the pandemic separates and filters society into a majority that trickles more or less smoothly through the grid, and a minority that sticks. A separation is taking place. What is separated are the difficult ones, the trouble-makers and quarrel-seekers who somehow at some point in their lives have taken a hit which made them so. They don’t trust the news and don’t trust the doctors and don’t trust the elites and generally don’t easily trust anything and anyone. Most of them have always been difficult, but as part of a reasonably homogeneous grain size spectrum, so to speak. Then came the great pandemic sieve.

So, here we are. Those separated parts of the former spectrum which are now facing each other cannot be categorized in terms of interests, preferences, not even ideologies. Nothing that could be politically negotiated. The voluntarily unvaccinated (as opposed to those who can’t be vaccinated for health reasons) are not a problem because of their lifestyle choice, but because they are dangerous, to other unvaccinated people, including the involuntarily unvaccinated, but by no means only to them. And they are without being able, and in many cases even wanting, to explain why and for what. Difficult feelings are no justification for putting others at risk. They are adults who make a decision of their own free will and thus, whatever their motives and whatever their state of mind, have to take responsibility for the consequences. Anything else would be paternalism.

The pandemic sieve has the effect that those sieved out see themselves more and more as an oppressed minority. They are not, of course. They are not discriminated against because they are difficult, but are held liable for their own actions and omissions for which they are responsible. Yes, they are a minority, but that only means that they have to accept being outvoted if a majority decides to avert the danger they pose by means of necessary, effective and appropriate restrictions on their individual freedom. How to design direct or indirect compulsory vaccination in an effective way is for others to judge, but I don’t see why it can’t be done in principle, other than the fear of getting into more difficulties with the difficult. If the danger can be averted without, so much the better. But if necessary, Article 2 (2) p. 3 of the Grundgesetz allows restricting the right to physical integrity on the basis of proportionate laws. Unlike Sophie Hunger’s fundamental right to artistic freedom, by the way.

The Week on Verfassungsblog

We do not yet have a government at the federal level with a parliamentary majority in Germany, but the future „traffic light“ coalition has already made it clear this week how it intends to deal with the fourth wave of the coronavirus pandemic. FRANZ C. MAYER considers its amendments to the Infection Protection Act to be a complete failure: With the dismantling of possible instruments, the fire brigade is, so to speak, throwing parts of its equipment into the fire in the middle of the operation. ANNA KATHARINA MANGOLD and JOHANNES GALLON observe knowledge deficits on constitutional and infection control in the political and journalistic debate which „apparently does not want to take note of the factuality of the pandemic event“. In an additional article, the two authors define the framework of what would be constitutionally permissible to effectively combat the fourth wave.

The red-yellow-green coalition wants to be an alliance for the future that tackles the big tasks of our time. Whether this succeeds will depend not least on fiscal policy. Decarbonisation, digitisation, expansion of education and care infrastructure: this costs a lot of money. MAX KRAHÉ and PHILIPPA SIGL-GLÖCKNER argue that a forward-looking fiscal policy is possible even within the framework of the debt brake. This would require an adjustment of the cyclical component.

In Poland, no solution to the rule of law crisis and the conflict with the EU is in sight – on the contrary. Disciplining the judiciary, especially in the event that they call on the ECJ for help, threatens to undermine the system of preliminary rulings under Article 267 TFEU. TOM BOEKESTEIN points out that under these conditions the possibility of direct actions to the ECJ under Art. 263 TFEU might gain in importance.

In the conflict with Belarus, the Polish government deployed 12,000 guards to the border and used tear gas to prevent third-country nationals, including children, from entering Polish territory. JOYCE DE CONINCK notes that Poland has renounced any semblance of conformity with EU law in adopting its domestic legislation on border procedures.

And Poland again: Lately, the ECtHR has ruled that child custody cannot be decided on the basis of a parent’s sexual orientation. ANNA KOMPATSCHER considers the ruling an important message, especially in the current Polish context.

The ECJ and other EU institutions sometimes behave in a questionable manner themselves, as former ECJ judge FRANKLIN DEHOUSSE points out. It is about a decision concerning a case of financial misappropriation at the European Court of Auditors, which reveals a multitude of abuses at the top of that body. Why, of all things, is this important and spectacular ruling only available in French and Dutch? Why all of a sudden this extreme discretion, which on top of that violates its own rules? „The Pinxten affair„, says Dehousse, „reveals, once again, that the European institutions are just as incapable to control blatant legal violations in their own ranks as they are in Hungary or Poland.“

If you want to draw attention to a conference, a job offer, a CfP or a book release, you can do so on Verfassungsblog. Our weekly editorial is sent out to more than 13,000 constitutionalists world-wide!

In the US, President Biden wants large employers to require their employees to have Corona vaccinations or weekly tests. A US federal appeals court has suspended that mandate. JUD MATHEWS fears the case is turning into a showdown not just over vaccinations, but over the power of regulators in general.

In Spain, hundreds of laws have been changed in response to the COVID pandemic. But the laws that enable the restrictions on freedom in the pandemic have not been adapted to the necessities of the same, as lamented by AGUSTÍN RUIZ ROBLEDO.

The Digital Services Act (DSA) is currently being negotiated in Brussels. A contested matter will likely be political microtargeting, a technique in which platform users‘ data is analysed in order to serve personalised political advertising based on their preferences and interests. Article 24 of the draft provides for users to be made aware of this in future. KENO CHRISTOFFER POTTHAST, however, has constitutional concerns about this practice.

We have published a wealth of very noteworthy articles on current global migration and asylum policy as part of our current blog symposium on 9/11 and its aftermath this week: The link between the fight against terror and migration policy can also be observed in Italy, although there were no major terrorist attacks there, reports ELEONORA CELORIA. In Australia, not even citizenship status is safe anymore from the post-9/11 securitisation of access to protection and territory, says SANGEETHA PILLAI. In the EU, according to MICHAEL SEBASTIAN SCHNEISS, the war on terror has turned into a war on refugees. AYSE DICLE ERGIN examines how the experience of terrorist attacks in Turkey has affected refugee and migration policy. In the UK, the current „Nationality and Borders Bill“ marks the peak of the government’s hostility towards migration, as EMILIE McDONNELL reports.

So much for this week. All the best to you, stay safe and healthy, please support us on Steady and/or Paypal, and see you next week!

Maximilian Steinbeis Maximilian Steinbeis is a legal journalist and writer and the founder and chief editor of Verfassungsblog.
2 comments Join the discussion
to receive information about new articles and services of Verfassungsblog.de. I know that I may withdraw my consent at any time. More information in the privacy policy.
Verfassungsblog complies with the new GDPR.
Read about it in our Privacy Policy. I opt-out
permanently of anonymized tracking via Google Analytics on Verfasssungsblog.de. This will create a cookie on your device to save your decision.
Go to Top