„With all the decisions we take, we will make sure that NATO partners do not become parties to the war.“

„It must remain our goal that Russia does not win this war.“

Olaf Scholz, Chancellor of the Federal Republic of Germany, said these two sentences in the Bundestag on Wednesday. They were uttered within a few minutes of each other.

If we were neutral, impartial and Sarah Wagenknecht had a governing majority, then our goal would be for Russia to end this war. But we are not. Our goal is and „must remain“, as Olaf Scholz quite rightly put it, that Russia loses this war. We, Germany, the Germans, our Bundestag majority and our Federal Government, our collectively binding and democratically legitimised decisions, we are actively striving to achieve Russia’s defeat. We are taking sides in this war.

But must not become a party to it. 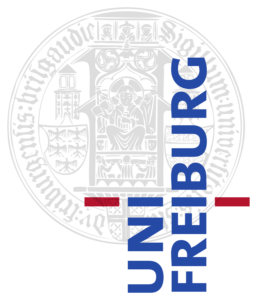 Could we, legally? Wherever we have engaged in warfare in the last decades, we did so, allegedly at least, „within the framework and according to the rules“ of a collective security system that offers us cover and, with Article 24 (2), a reasonably well-tested legal basis in the Grundgesetz. This norm will only become relevant if Russia eventually attacks a country that is, unlike Ukraine, a NATO or EU member, like one of the Baltic States, Poland, Finland, Sweden. The other relevant norm in the constitution is Article 87a, according to which „the Federation shall establish armed forces for defence“ and use them „except for defence (…) only(…) to the extent expressly permitted by this Basic Law.“

Some1) say that Article 87a only applies to the actions of the Bundeswehr within Germany and does not concern its deployment abroad at all. But if one takes at face value what is clearly stated there: deployment „except for defence“ is prohibited unless expressly permitted – what then?

Except for defence. Defence of what? Of the Federal Republic of Germany, of course, one might think, and if you read it that way (Depenheuer, Dürig/Herzog/Scholz (eds.), GG Art 87a (2008), 117; F. Kirchhof, op. cit., 53; Epping, Epping/Hillgruber (eds.), GG Art 87a (2020), 19)), then we’re nicely off the hook: the Federal Republic of Germany is not yet under attack, thankfully. No warring party, sorry! State territory, state people, state power, all unaffected or, if at all, only indirectly, and far be it from us to „defend“ mere political interests with military means!

More plausible, however, seems to me to put the question differently: Defence as opposed to what? To a war of aggression, of course. Preparing for a war of aggression is a crime; the Basic Law itself commands its punishment (Article 26). To stand up against aggression is what the Bundeswehr is there for, according to Article 87a of the Basic Law. Does that also include military relief for third countries under attack? Indeed it does.2) If right and wrong are distributed as clearly as they are here, then under international law, according to Article 51 of the UN Charter, the Federal Republic of Germany has as good a right as any other country to go to war against the aggressor with the consent of the attacked state. Why should constitutional law want to draw the boundaries more narrowly?

So, we could. But we don’t. No heavy weapons for Ukraine either. We must make sure that we do not become a party to this war, says the Chancellor.

Our goal, says the Chancellor at the same time, must remain that Russia does not win this war. There is something almost beseeching to that phrase. In Hungary, Viktor Orbán has won a literally crushing election victory with his promise to keep his country safely on the fence and not to risk incurring Putin’s disfavour. In France, almost half of the voters see Marine Le Pen’s closeness to Putin no longer as a flaw or an obstacle to entrusting her with supreme state power, perhaps even the opposite. Here in Germany, the mood is different. So far, at least. Last night at an Italian restaurant – life is good in peaceful post-Corona spring Berlin – I overheard a conversation at the next table: This constant war-mongering, isn’t that annoying, agreed this actually rather likeable and zero-AfD-vibes-emitting group of four. One mustn’t believe everything those Ukrainians say, of course. Appalling nationalists, to be sure. Two sides to every story, right?

Russia must not win this war. The phrase is also self-beseeching. We don’t want to be drawn into it. Of course we don’t. Nobody does. We want Putin to lose it, but someone else to win it for us. Mourir pour Kharkiv, by nuclear attack perhaps? Our north German Chancellor, dry as a Knäckebrot, is no Churchill, but even if he were: Had Churchill made his blood, sweat and tears speech in September 1939, after the invasion of Poland when the German aggressor was still a lot more vincible, no one would have even listened. Unlike in May 1940, when most of the continent was already under German occupation and the rest literally at the brink of utter defeat.

We, at any rate, have decided that we will do our next VerfassungsPod on the topic of the constitutional framework of military deployment. What does German law provide for the case of war, what happens when and how and under what conditions, how did those rules and procedures come into being and how have they developed in which situations, what do they allow and what not? We should start making ourselves familiar with these questions. I don’t trust this peace.

The election in Hungary has destroyed all expectations of overcoming Viktor Orbán’s constitutional autocracy by means of an Israeli-style alliance spanning the entire opposition from the far right to the far left. What an unspeakable disaster. Who is to blame? ANDREW ARATO and ZOLTÁN FLECK have diametrically different views on this, and GÁBOR HALMAI suggests that perhaps the responsibility lies where the election decision was made – with the Hungarian people.

Shortly after the election, the EU Commission announced that it had now activated the rule of law mechanism against Hungary. In THOMAS VERELLEN’s view, however, the elections showed what is actually at stake in Hungary – democracy. Why not sue Hungary for violating Article 10 TEU?

The German Minister of Economics Habeck has announced that Gazprom Germania will be placed under trusteeship of the Federal Network Agency. CHRISTOPH LUDWIG thinks this is only a good short-term solution. CHRISTIAN TIETJE, TIM BORRMANN and DARIUS RUFF think the move is politically understandable, but legally on shaky ground.

The debt brake forces German lawmakers to amend the constitution to finance the Bundeswehr Special Fund and to take constitutional risks to finance climate measures. NIKOLAS GUGGENBERGER does not mince words as he settles accounts with Germany’s financial superego. The constitution-amending legislature has thus shackled itself and future generations – whose protection this allegedly was all about in the first place – to an economic orthodoxy of yesterday.

Russia ceased to be a member of the Council of Europe on 16 March 2022 and will soon no longer be bound by the ECHR. The only question is when exactly. SEBASTIÁN MANTILLA BLANCO explains the bizarre effects of the ECHR withdrawal clause.

In the Czech Republic, a transsexual person seeking gender reassignment must undergo surgery „while simultaneously disabling the reproductive function and transforming the genitalia„. Although a majority of the judges of the Czech Constitutional Court held that this requirement was clearly unconstitutional, the provision nevertheless withstood constitutional scrutiny and remains part of the Czech legal order. ZUZANA VIKARSKÁ and SARAH OUŘEDNÍČKOVÁ explain why.

The EU Commission has presented a proposal for a directive to combat violence against women. The content of the directive may be politically desirable, but the EU does not have the necessary competence, says MARTIN HEGER.

The number of illiberal regimes attempting to control academic freedom is growing. Instead of using openly autocratic strategies, they rely on subtle forms of gradual transformation. Yet, as ever more directive mechanisms of evaluation and control are spreading, the threat to academic freedom is global. The war in Ukraine illustrates this once more. Max Steinbeis will discuss the situation and possible solutions with Armin von Bogdandy, Nadia Al-Bagdadi, Kader Konuk, and Anna L. Ahlers.

Please contact Roland Römhildt for further information and for registering to the event: roland.roemhildt@bbaw.de

The ECHR prohibits the collective expulsion of migrants without individual examination. However, this norm is no longer worth much with the recent ruling of the Strasbourg Human Rights Court in A.A. and Others v. Northern Macedonia, which threatens the credibility and authority of the Court, according to DANA SCHMALZ.

This week, Council of Europe member states began negotiations on the world’s first binding international legal instrument in the field of artificial intelligence. The Council of Europe has a lot of experience and expertise regarding standard-setting in the areas of human rights, democracy and the rule of law. MARTEN BREUER therefore considers the Council of Europe to be ideally suited for regulating AI.

Behördenforschung may be a bit outdated – but it is far from finished, says KAI AMBOS. In a review essay, he discusses in detail three recently published works that deal with coming to terms with the Nazi past in the justice system.

The company Palantir has become known for its surveillance software. The CEO of Palantir has used Russia’s attack on Ukraine as an opportunity to praise his company in an open letter as the saviour of Western freedom. BIJAN MOINI finds this shameless and clumsy, especially since the letter also reveals a highly problematic understanding of the state.

In Chile, according to recent polls, frustration with the constitution-making process is growing, making the final referendum in September more uncertain than ever. RODRIGO KAUFMANN believes this development is related to simple majority politics and a not-so-symbiotic relationship between the people and the Constitutional Convention after all. Less is more, he thinks.

Our 9/11 Symposium entered its sixth round this week. Articles by STUART HARGREAVES, ALBERT FOX CAHN and NINA LOSHKAJIAN, MARIA TZANOU, ANUSHKA JAIN and VRINDA BHANDARI and PIKA ŠARF focus on the expansion of state surveillance and the massive invasions of privacy.

The debate on the rule of law and artificial intelligence ended this week with texts by ANUJ PURI as well as ANA VALDIVIA and JAVIER DE LA CUEVA.

Next Friday is a holiday, so I will take a break with the VB editorial which will include the week after, too. So, see you in three weeks! In the meantime, all the best to you, happy holidays, stay healthy and don’t let yourself go crazy.

Surely you are already paying for the upkeep of Verfassungsblog? Thank you so much!